Brave sister to the rescue, off his meds, sideline job
Thailand
General

A woman points to the bed where Bee and Tee fell asleep.

He fled into the bushes

A young woman says she will not forgive the misdeeds of a contract labourer in Nonthaburi who allegedly raped her younger sister at his place after getting her drunk.

Her younger sister, "Bee", 15, who goes out with Mark's teenage son, Tee, 16, had called Bow asking to be picked up urgently. She said Mark had raped her the night before after getting her and Tee drunk.

Bow, who lives in Pathum Thani, travelled to the remote area, accessible only by foot, to rescue her sister. She also chastised Bee's alleged attacker. "How could you do this to my younger sister," she said.

Mark denied attacking Bee, and said he was prepared to take up Bow's challenge to visit the police. However, before they could get there he fled into the thick bushes and has not been seen since. 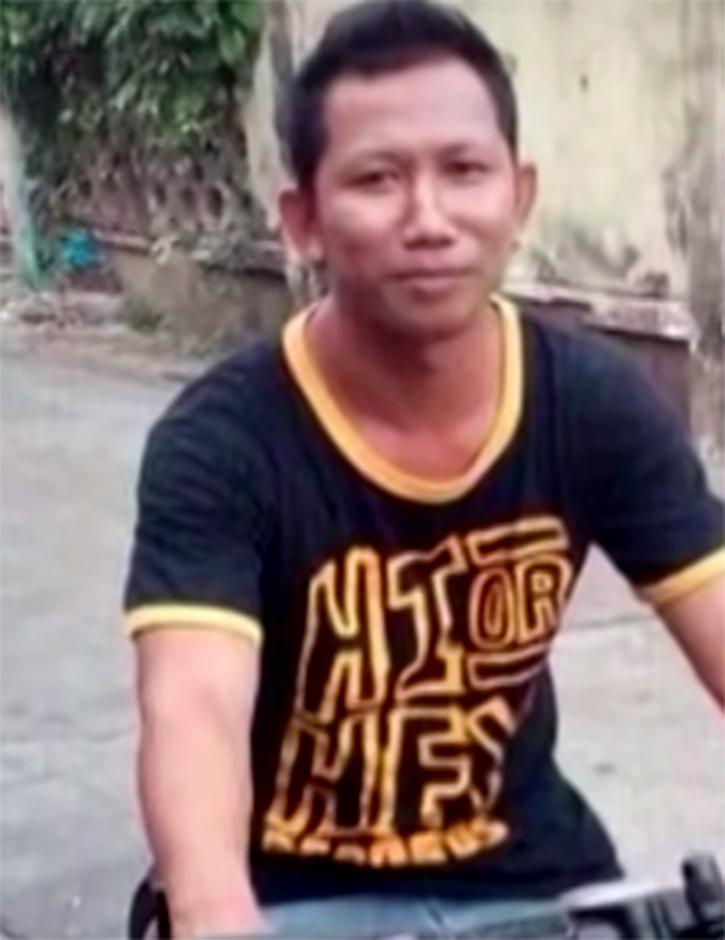 Neighbours say Mark, a former inmate who served a year inside for drugs, has been living at the rental place with his son Tee since his release. They were joined two weeks ago by young Bee, who left her grandmother's place nearby to move into Mark's place so she could be close to her boyfriend.

On the night of the alleged attack, Mark invited the pair to join him for a few beers. However, when the beers ran out he cajoled them into drinking ya dong, a fiery Thai spirit, until the teens were so drunk they fell asleep.

"He carried my sister to the bathroom at the rear of the house and raped her. She woke up as he was carrying her back to the bed where she had been sleeping next to Tee.

"When she tried to call for his help, the suspect put his hand over her mouth and told her to stay quiet. He also tossed her a pair of slacks to put on, as she was naked from the waist down," Bow said. Tee was asleep, oblivious to what happened.

After Mark fled, Bow alerted police, who sought a court warrant for his arrest. She had since spoken to Tee, who apologised for his father's actions and said he was "very angry" about what happened.

Her younger sister was in shock. "I have advised her to stop seeing Tee, as he is incapable of looking after her, and that family is a bad crowd.

"I want the suspect to hand himself in and pay for his misdeeds. I won't forgive what he's done," she said.

Amnat Thanomarirak, 20, a neighbour who has known Mark for years, said he helped find him work as a contract labourer after his release from jail.

"He talks in a loud voice, likes a drink, and changes girlfriends often. He also gets over-familiar with the women at work," he said. On the night of the alleged rape he could still hear Mark talking at 2am.

An ex-conscript who took his soldier brother's life because of supposed intra-army rivalry was hallucinating as a result of a drug habit, police say. 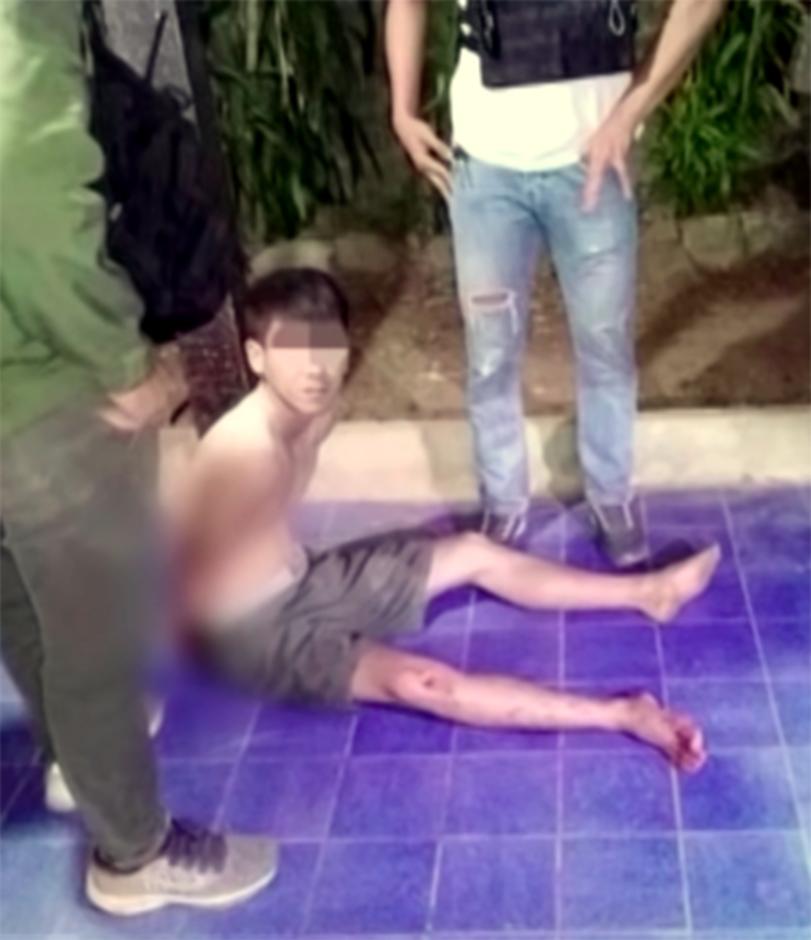 Natthapol Polsaen was arrested after he killed his brother with a Spartan knife.

Fao Rai police in Nong Khai arrested Pvt Natthapol Polsaen, 24, on Jan 16 at his family home in Fao Rai district after the young man attacked his sleeping brother, Athipong Polsaen, 30, on a hammock.

He cleanly chopped off his head with a large knife, severed a finger on his left hand, and lacerated his face.

Pvt Natthapol, recently discharged as a conscript in Samut Prakan, then walked calmly to the front of the house and called his mother, who works in Udon Thani. "I have killed my brother," he told her in the 1am call, asking her to alert the police and forgive him.

His mother, Siraprapha Kamkodkaew, said she did not believe her son and asked relatives to go and check. They found his brother's body and called the police.

When police arrived, they found the young man, wearing shorts but no shirt, awaiting their arrival. He showed them the Spartan knife which he used to kill his brother, saying they were standard issue for soldiers.

Amarin TV went to the police station where reporters were able to talk to the suspect.

Pvt Natthapol said he saw his brother sleeping on the night of the killing and decided he should kill him in line with his "orders".

Soldier Athipong was based at a camp in Lop Buri. "The two camps are always at loggerheads. My camp ordered me to slay my brother because he was the enemy," he said.

Pvt Natthapol, a drug user who had taken ya ba several days before, said he stabbed his brother in the neck five times.

"I didn't feel any sadness as soldiers have an iron law, set in writing, and I had no choice but to carry it out. What would you have me do?" he asked.

Family members said they had taken Pvt Natthapol for psychiatric treatment since he left the military. However, he did not take his meds regularly. They had yet to seek treatment for his drug habit since he came home, though he has entered rehab in the past.

Their parents had made a trip from the provinces to visit both their sons a few days before but had since returned home.

Pol Col Anusak Sadawatcharanon, deputy head of Nong Khai police, said officers questioned the suspect but he spoke little sense. He has been charged with intentional killing, though would undergo a psychiatric examination.

His mother, Ms Siraprapha, said the two lads argued often but his death was a shock. She would not seek his bail.

A department store worker has a sideline job where he chats up women on the internet, rapes and robs them, police say. 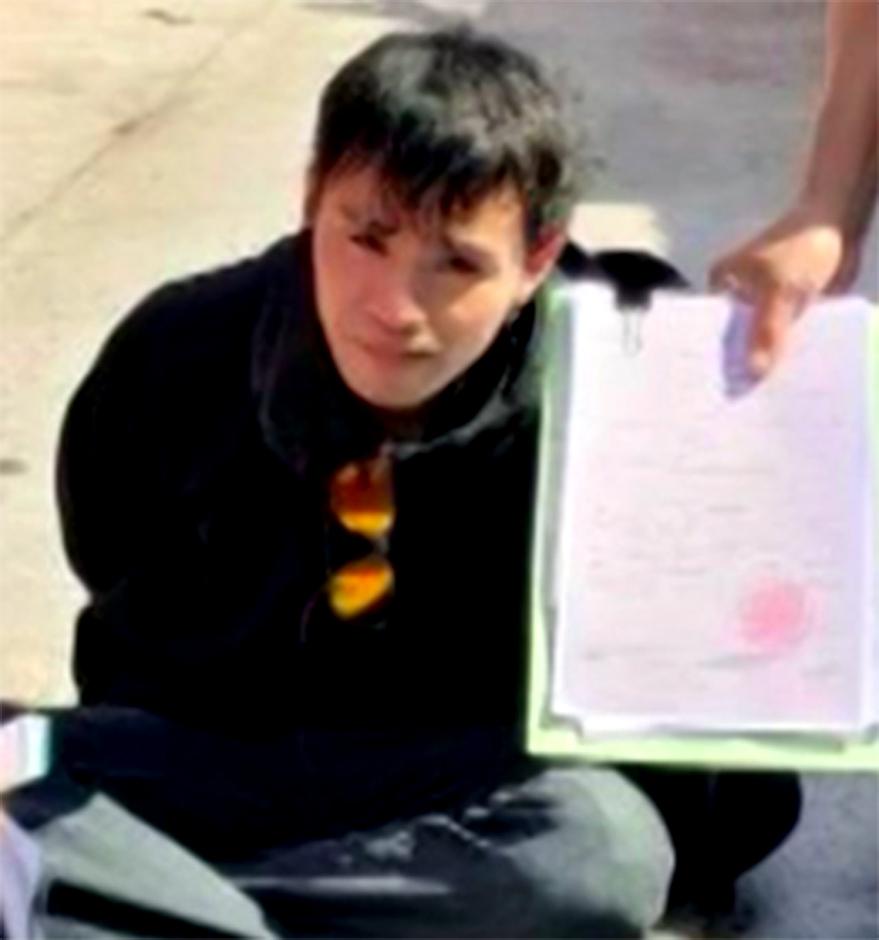 Samrong Neua police in Samut Prakan nabbed Aphiwat Jiracheewee, 32, last week after he broke into a woman's home, raped her at knifepoint and stole a phone and Buddha amulet.

His victim, "Kingfa", 41, who lives in soi 76, Theparak Road, said the man burst into her place on Jan 13 after knocking on the door at 7am.

She answered the door wearing just her sarong as she thought it was her son, as he likes to knock on the door and hide, she told reporters.

Kingfa, who admitted meeting the suspect online several months ago, when she gave him her address, said he pushed his way in, carrying a knife.

"See what I am carrying? Are you scared?" he asked as he forced Kingfa onto her bed.

As he was attacking her, Mr Aphiwat caught sight of a phone she had just bought and a small Buddha amulet. "Please give me these," he said, throwing them in his backpack.

After he had finished, he had her walk into the bathroom and told her not to look back. She said he took off through the front door but bolted it from the outside to stop her getting out.

She was able to call her son on an old phone and complained to the police, who arrested him. 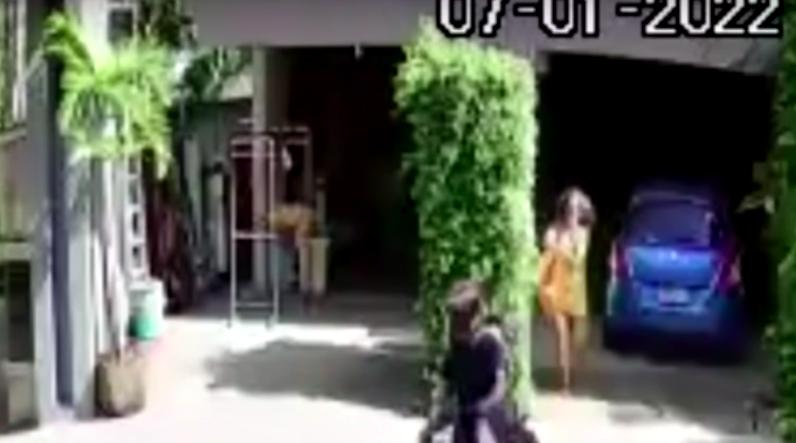 A CCTV camera caught Aphiwat Jiracheewee, inset, fleeing from a motel, as a woman, fresh out of the shower, gave chase.

Kingfa said she was scared he would stab her. "We were chatting online about three months ago but never met. He asked for my address so he could come and see me, but failed to show up. I will take it as a lesson (not to do such a thing again)," she said.

She had spoken to her son about finding somewhere else to live, as she is worried about a repeat visit. At the police station Mr Aphiwat told her, "I am not scared...my dad will come and secure my bail."

Reporters spoke to his mother, Prathueng Jiracheewee, 56, who said she was shocked to hear Mr Aphiwat had been charged with rape and robbery, as her son was a good lad.

"He's quiet and reserved, and has never done anything wild before. My son also has no problem with money as he can always ask the family if he is short," she said.

She admitted Mr Aphiwat, a department store worker, had once been hooked on drugs, but had gone to rehab and served his punishment.

Her son had said he had a "sideline" girl who had asked if they could sleep together.

While it seemed both were willing parties, she had warned him against seeing such women, as things could turn nasty if they already had boyfriends and he was caught. "I told him to stay away for his own safety. Regarding the theft, I reckon he may have just picked up the items and kept them, not intending to steal," she said.

In the other case, he had arranged to meet a woman, 39, at a motel for sex. The woman was having a shower after they finished when he stole 1,000 baht and three phones from her.

A CCTV camera caught him fleeing from the motel, as the woman, fresh out of the shower, gave chase. The case continues.