It was the second large seizure of marijuana in this northeastern province announced on Tuesday. A Lao man was caught with 200 kilogrammes of compressed marijuana in That Phanom district.

In Tha Uthen district, border patrol police arrested Saiyan Saengthong, 33, and Witthaya Sitthimart, 35, both from Amnat Charoen province after 220 slabs of compressed marijuana, each weighing one kilogramme, were found in their Honda CRV, which had Kanchanaburi licence plates and was parked in tambon Woen Phrabat, reporters were told.

The duo had travelled to the northeastern border area to pick up the drugs, which had been smuggled from Laos.

During questioning, they allegedly confessed that they were being paid 100,000 baht to transport the  marijuana to Saraburi province, where someone else would collect it. They had received 30,000 baht in advance, the balance to be paid on delivery in Saraburi.

Police said both suspects had been previously convicted of drug charges and served prison sentences. 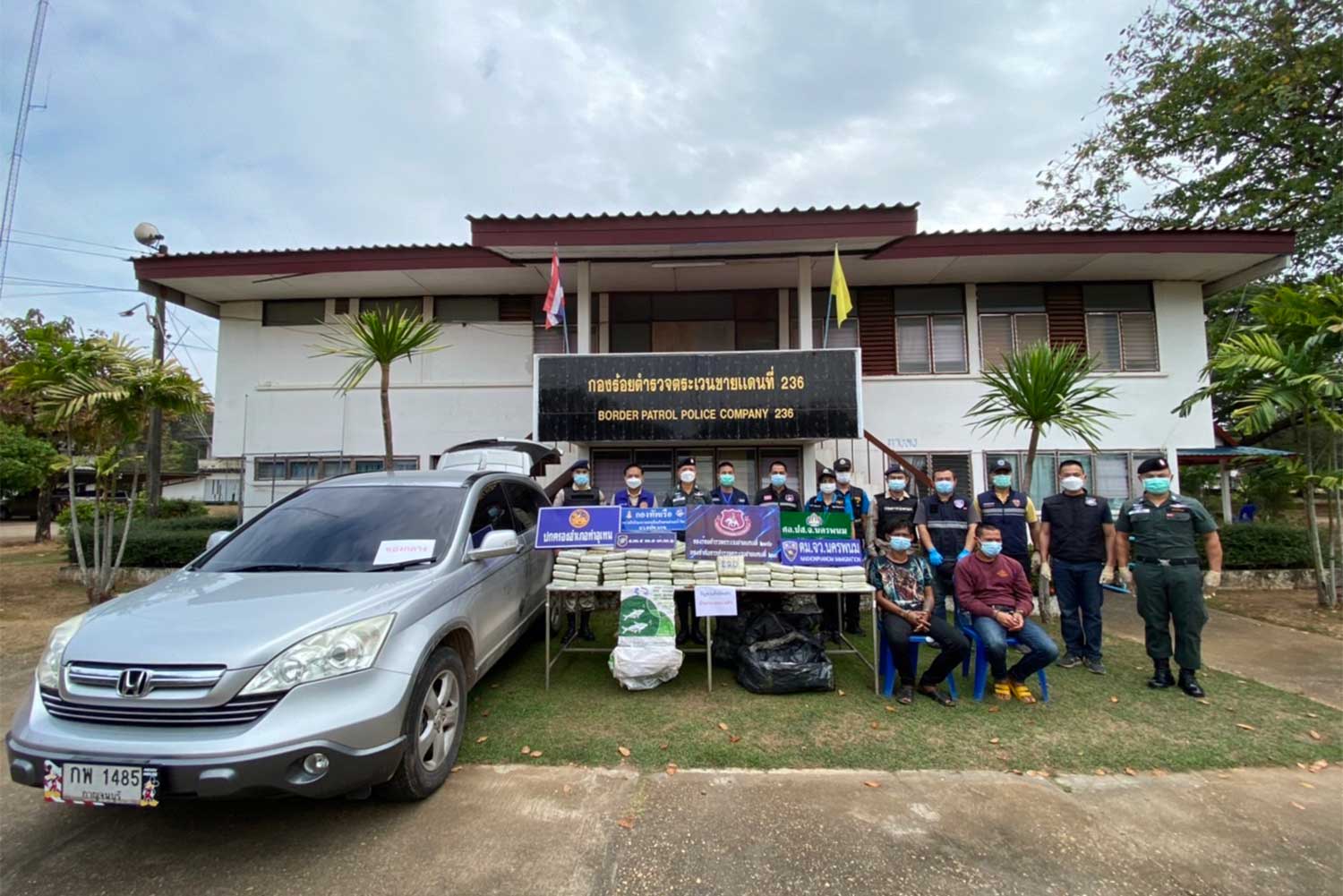