A cargo ship which on Wednesday was seen near the oil leak spot was warned by authorities about travel in the area. (Marine Department photo)

Frantic efforts were underway on Wednesday to clear up about 160,000 litres of crude oil which leaked from an undersea pipeline near Map Ta Phut in Rayong province on Tuesday, Marine and Coastal Resources Department director-general Sopon Thongdee said.

Mr Sopon said the company told the department of the oil leak on Tuesday night. It was necessary to stop the oil drifting north towards beaches in Rayong.

Atthapol Charoenchansa, director-general of the Pollution Control Department, said a large slick was heading towards the coast between Mae Ramphueng beach and the Khao Laem Ya–Mu Ko Samet Marine National Park. Unless halted, it would reach the shore sometime tomorrow afternoon, he said.

The Marine and Coastal Resources Department, the navy and other agencies had been called in and action was being taken to solve the problem, he said.

An SPRC announcement said the leak occurred at a single-point mooring (SPM) area out to sea where tankers load or offload oil.

The company's emergency response team had taken steps in line with safety procedures, it said, without giving details.

The leak itself was plugged at 12.18am on Wednesday and dispersants sprayed on the oil spill. The company was continuing to assess the situation.

The SPRC has told the Environmental Monitoring and Control Centre (EMCC), fishing communities and the Thai Maritime Enforcement Command Centre (Thai-MECC) Region 1 about the incident.

The company had been provided with boats and manpower, along with other necessary equipment, by both the government and private agencies to combat the spill, it added.

SPRC also notified the Stock Exchange of Thailand about the incident.

The company expects no material financial impact while there have been no reports of any injuries resulting from the incident.

Meanwhile, Industry Minister Suriya Jungrungreangkit has instructed Veeris Ammarapala, governor of the Industrial Estate Authority of Thailand (IEAT), to speed up its inspection to establish the cause of the spill.

Mr Veeris said a preliminary examination showed pipeline maintenance had been regularly conducted by the SPRC.

An impact assessment will be carried out by the environment agency, he said.

Environment Minister Varawut Silpa-archa said more than 20,000 litres of oil may not reach the coast given the direction of sea currents.

After spraying dispersants, the impact on the aquatic ecosystem needs to be monitored for up to five years and the SPRC must have the funds for this long-term responsibility, he added.

On Wednesday night, he said the latest investigation indicated that the leaked oil amounted to about 50,000 litres. 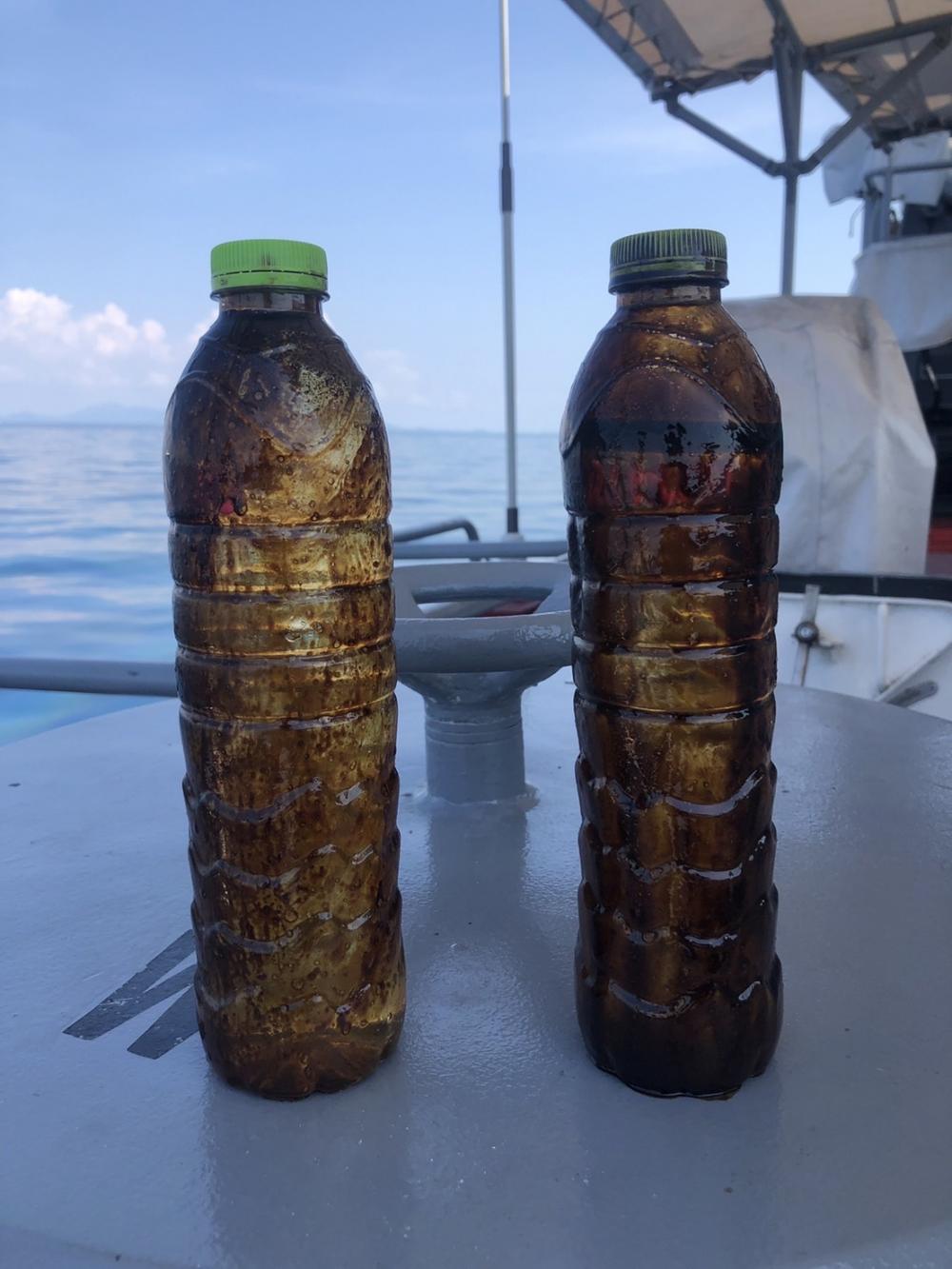 Two plastic bottles are seen stained with oil from the slick. 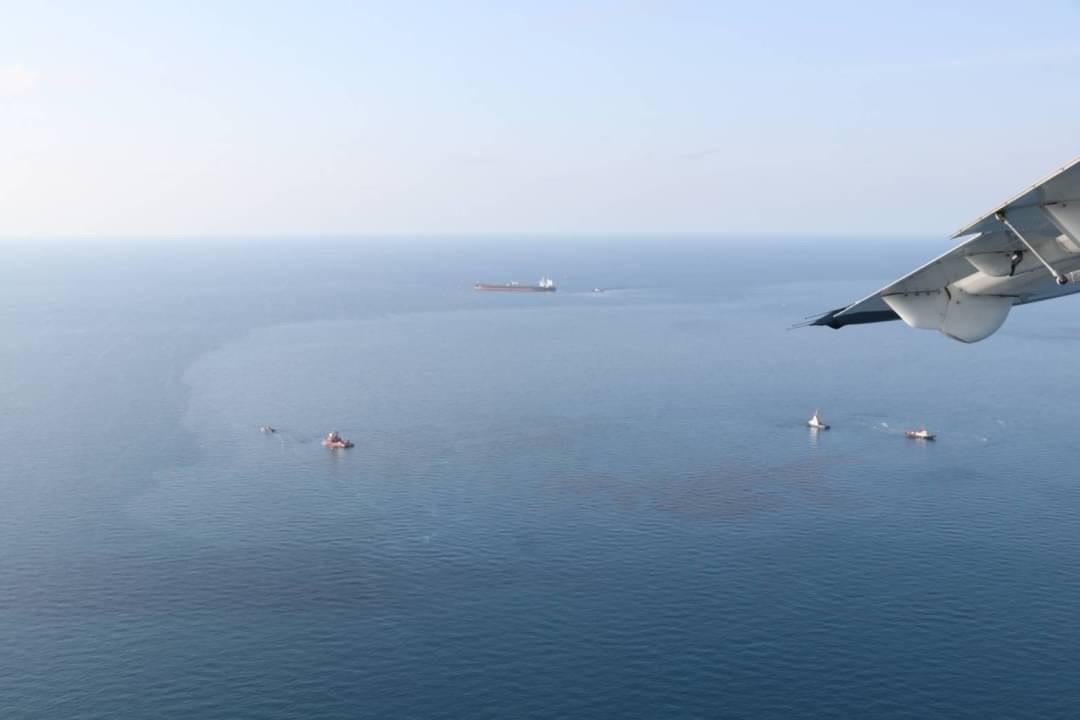 An aerial view shows crude oil which leaked from an undersea pipeline near the Map Ta Phut industrial estate in Rayong province. The pipeline belongs to Star Petroleum Refining Plc. photos by the royal thai navy