Customers eat at a food stall with tables set up on a pedestrian crossing in Ubon Ratchathani. (Photo: Warin Chamrap Our Home's Facebook page)

UBON RATCHATHANI: A photo of a street food stall with tables set up on a pedestrian crossing has sparked concern for customer safety, while a woman was hit by a car while using a zebra crossing at night in Samut Prakarn.

The photo was posted on Warin Chamrap Our Home's Facebook page on Thursday and was widely shared online.

In the photo, two people are seen sitting at a table at a food stall near Sunpasitthiprasong Hospital in Muang district of Ubon Ratchathani.

According to the poster, the stall occupied a section of the sidewalk and one end of the pedestrian crossing.

There is another hawker using the opposite end of the crossing.

Facebook user Chakkrapong Rattanapaijit wrote, "There are those who make the excuse that they are only making a living, but it's still illegal."

Some netizens simply wrote, "Only in Thailand."

Meanwhile, a Myanmar woman was seriously injured when struck by a pickup truck as she walked across a road on a pedestrian crossing in Bang Phli district, Samut Prakan province, on Tuesday night, police said.

The crossing was on King Kaew Road. The accident was reported to police about 11.30pm.

The woman was identified as Win Mar Soe, 33. Rescuers rushed her to Chularat 9 Airport Hospital, Samut Prakan. (continues below) 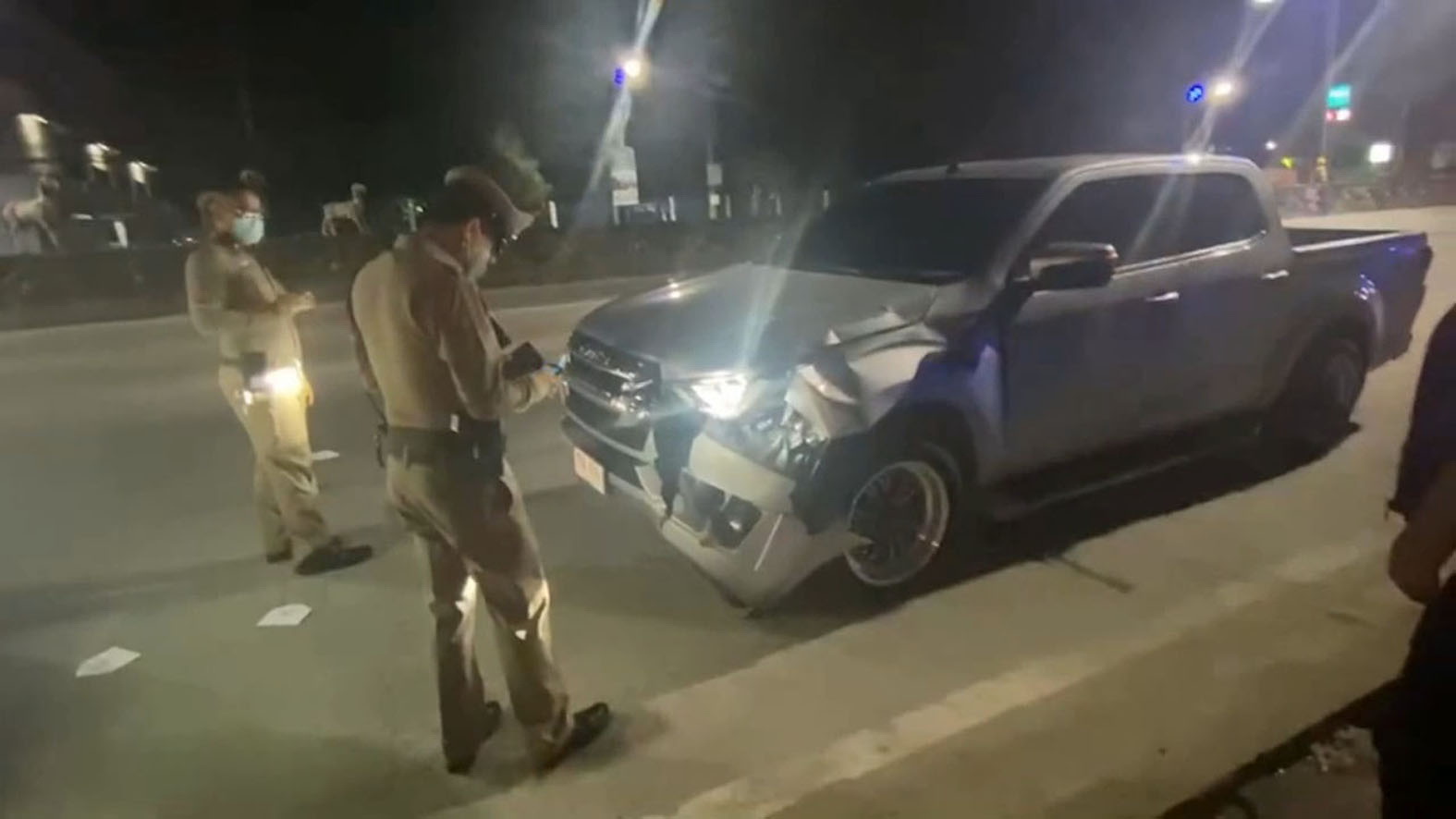 According to police, pickup truck driver, Montri Poonsil, 33, told them he was driving to a friend's house near Chularat 9 Airport Hospital. He was in the far-right lane when his vehicle hit a woman using the pedestrian crossing. He immediately stopped and went to assist her, and called police.

He said the streetlights were dim and the paint marking the pedestrian crossing had faded and was worn out.

He was charged with reckless driving causing injury.

Road safety advocates have been calling for the government to change the law to allow for the option of a manslaughter charge if a pedestrian using a marked street crossing is hit and killed by a vehicle.

The move has gained momentum since a policeman on a big motorcyle hit and killed a woman doctor on a pedestrian crossing in Bangkok last Friday. The motorbike was unregistered, its licence plate obscured by a road safety sticker.

According to a report released by the Global Road Safety Partnership (GRSP) in 2019, pedestrians are the most vulnerable road users in Thailand.
Between 2014 and 2017, about 740 pedestrians died in traffic accidents on public roads each year. Most were in the 15-19 years and 50-69 years age groups. Motorcycles were involved in most of the accidents.
The GRSP report also said Bangkok had the highest number of pedestrian deaths in road accidents in the country. One-third of them occurred in the city.
In December 2018, the World Health Organization launched a global status report on road safety in which Thailand had the highest road fatality rate in Asia at 32.7 per 100,000 people.
Do you like the content of this article?
COMMENT (27)
MOST RECENT
Business