A soldier questions some of the job seekers caught sneaking across the border from Myanmar, in Kanchanaburi on Friday. (Photo supplied/ Piyarat Chongcharoen)

KANCHANABURI: Another 73 job seekers from Myanmar and a guide were caught for illegal entry in three different districts of Kanchanaburi on Friday.

A total of 57 men and 16 women along with one male guide were detained. Temperature checks indicated none of them had a fever.

They told soldiers they began their journeys in Mawlamyine, Bago and Rakhine townships and were heading for promised jobs in Samut Sakhon, Samut Prakan, Ratchaburi and Kanchanaburi.

Some had paid fees up front to job brokers while others were to make payments on reaching their workplaces. They had to pay between 15,000 and 25,000 baht each to the brokers, they said.

They were handed over to Muang, Sai Yok and Sangkhla Buri police for legal proceedings pending deportation.

Illegal border crossings have increased sharply since the military coup in Myanmar nearly a year ago. Dozens of migrants are now being caught nearly every day in Kanchanaburi, and it is not known how many more are escaping detection.

The rapidly deteriorating economy in Myanmar is prompting many residents to seek better opportunities in Thailand, while at the same time Thai companies are desperate for labourers as the economy continues to reopen. 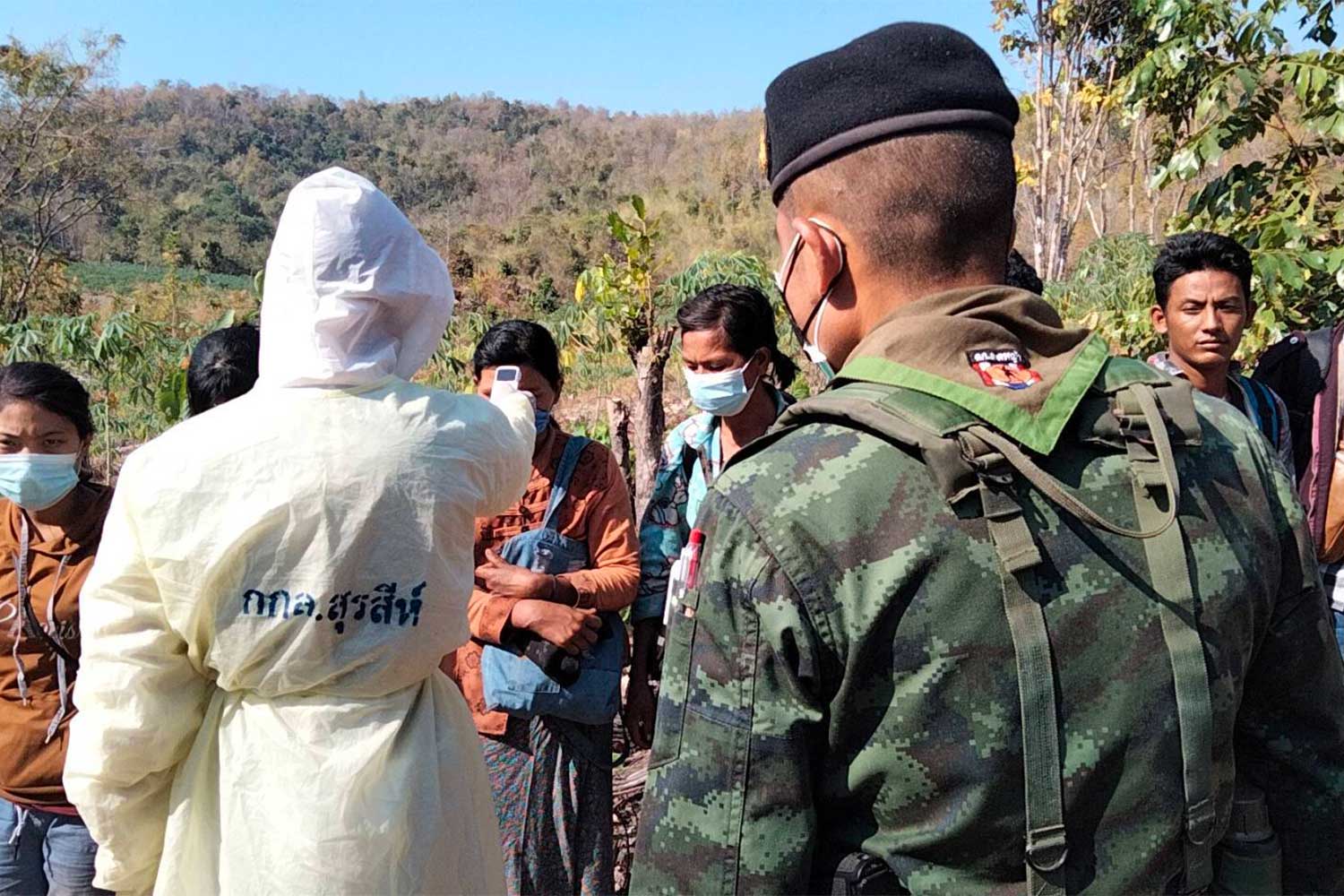 An official checks the temperatures of some of the the illegal border crossers caught in Kanchanaburi on Friday. (Photo supplied/ Piyarat Chongcharoen)