Soldiers and police are deployed to search a house in Ra-ngae district, Narathiwat province, in which an unknown number of suspected insurgents clashed with officers on Friday. One insurgent was killed and a ranger volunteer hurt. (Photo: Waedao Harai)

NARATHIWAT: Two suspected insurgent were killed and one volunteer ranger injured in a clash in Ra-ngae district of this strife-torn southern province on Friday.

A combined team of military rangers and police officers rounded up a house at Ba-ngo Rana village Moo 5 in tambon Marue Botok of Ra-ngae district around 3.30pm following information that some suspected insurgents were hiding there.

Authorities suspected that those inside the house were members of an insurgent group led by Abdulhagam Arwae, who was wanted on an arrest warrant in a security case. Three insurgents were believed to be in the house.

After the team asked for a search, those inside the house opened fire at them. The two sides clashed. 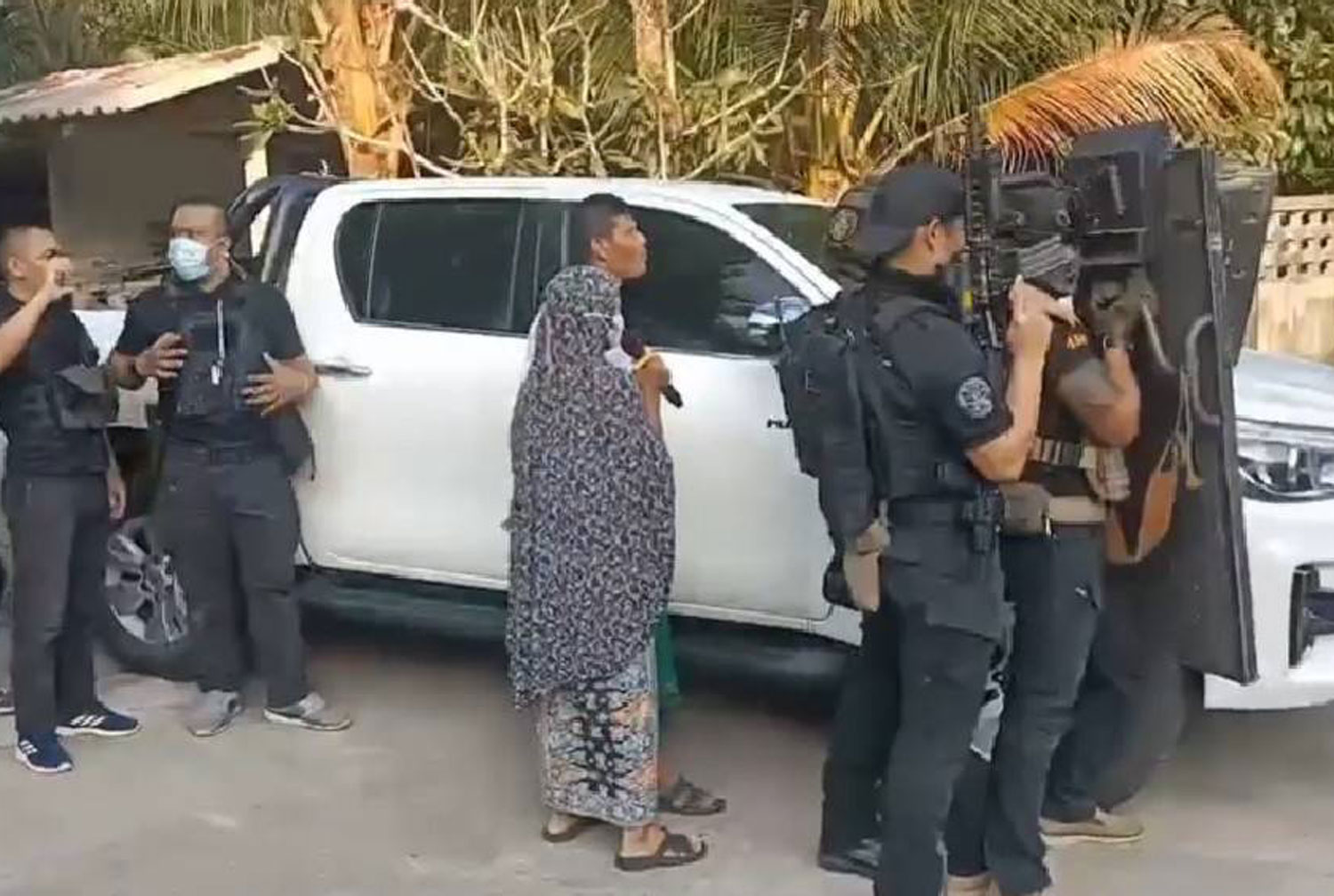 Parents of one of the gunmen are persuading their son to surrender, but fail. (Photo by Abdullah Benjakat)

After the gunfire subsided, Col Thaweerat Benjatghikul, commander of the 45th ranger special task force, attempted to persuade the gunmen through a loudspeaker to surrender. However, they fired more shots and the shooting resumed.

The shooting ended around 5.15pm on Friday.

Security officers later inspected the house and found two men who had been shot dead in the clash. They were identified as Abdulhagam Arwae, 26, and Malaseng Yunu, 20.

According to media reports, the insurgents involved in the clash had been held responsible for two bomb attacks in this southern province last year – one targeting Sukhirin district chief Arun Seesai on July 31 and the other targeting forest rangers in Sungai Padi district.

Earlier, media reported that one insurgent was found dead inside the house and the name was not identified at the time.