Police use teargas, arrest man who killed his father

Police and rescue workers take the man accused of shooting dead his father at their home in Phuphin district, Surat Thani, to an ambulance. The 36-year-old, said to be mentally unbalanced, was arrested after police fired teargas and stormed the house. (Photo: Supapong Chaolan)

SURAT THANI: Police using teargas stormed a house and arrested a mentally unbalanced man who shot dead his elderly father at their home in Phunphin district on Tuesday, ending a 12-hour siege.

Ten minutes later, with Mr Suriya still inside, the team stormed into the house, forcing open the locked door.

They arrested Mr Suriya and seized a .38 pistol from him. The suspect was very agitated. He was taken to Suansaranrom Hospital in Phunphin district, where medical staff calmed him down.

Mr Suriya, said by his sister to be mentally unbalanced and refusing to take his medication, shot dead his father Sophon Saengsawang, 74, in front of their home in Phunphin district about 4.30am on Tuesday.

She said her father carried the pistol with him at all times to keep it away from her perturbed brother Suriya, for fear he would find and use it to shoot someone.

Police arrived and surrounded the house. They brought in a psychologist to try and persuade the man to surrender. The sister, and later his younger bother, also pleaded with him to come out. All to no avail.

He remained inside the house, with the gun, until Tuesday evening when police forced their way inside.

After the arrest, Pol Lt Gen Amphon Buarubporn, commissioner of Provincial Police Region 8, arrived at the house. He ordered investigators to prepare a case of murder against the suspect for killing his father. The man would also be charged with illegal possession and use of a firearm. 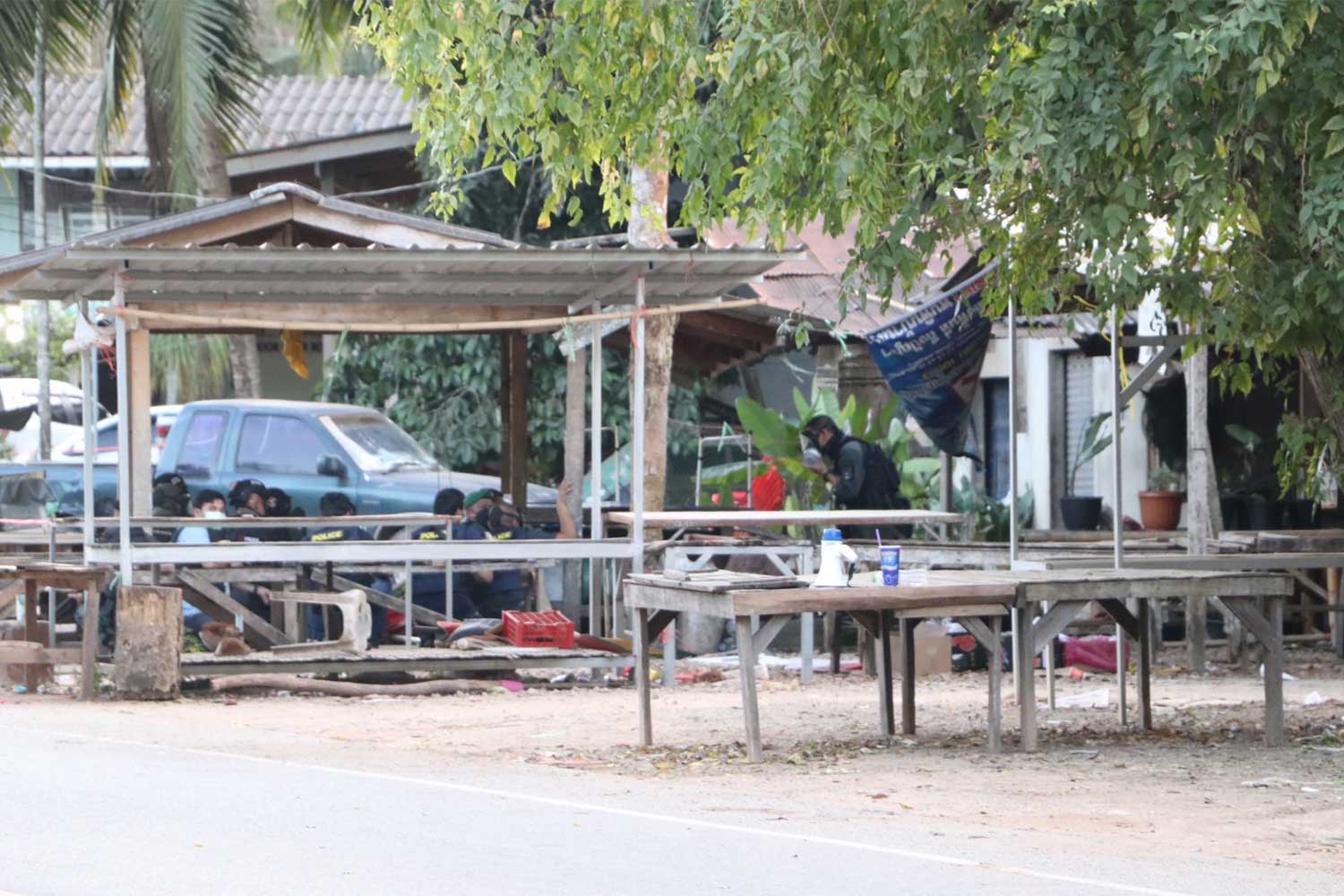 Police surround the house where a man who shot dead his father was hiding, in Phunphin district, Surat Thani, on Tuesday. (Photo: Supapong Chaolan)