Drugs found under cargo of onions

Packages containing the 5 million meth pills found concealed beneath sacks of onions on a truck at a checkpoint in Chumphon province. The 36-year-old truck driver was arrested. (Photo supplied)

A truck driver was arrested after millions of methamphetamine pills were found hidden among his cargo of onions, at a checkpoint in Tha Sae district of Chumphon province.

Chaichana Thaluang, 36, was taken into custody and the 5 million speed pills underneath the sacks of onions in the back of his six-wheel truck seized, Pol Lt Gen Sarayut Sa-nguanpokhai, chief of the Narcotics Suppression Bureau (NSB), said on Wednesday.

The truck was stopped and searched after the NSB received information that smugglers were using a white six-wheel truck to move drugs from the North to the South. A checkpoint was set up in front of the Chumphon vehicle inspection station in Tha Sae district on Phetkasem Road.

When the suspected truck arrived, it was pulled over for a search.  An X-ray scan revealed packages underneath the sacks of onions. The drugs had 999 and Y1 stamps on them, Pol Lt Gen Sarayut said.

Mr Chanaicha, driver of the truck, was detained and the drugs, the truck and a mobile phone seized as evidence.

During questioning, Mr Chaichana allegedly confessed to attempting to smuggle the drugs from tambon Mae Na in Chiang Dao of Chiang Mai province for delivery in southern Surat Thani province.

The suspect was handed over to local police for legal action. The investigation was being extended. 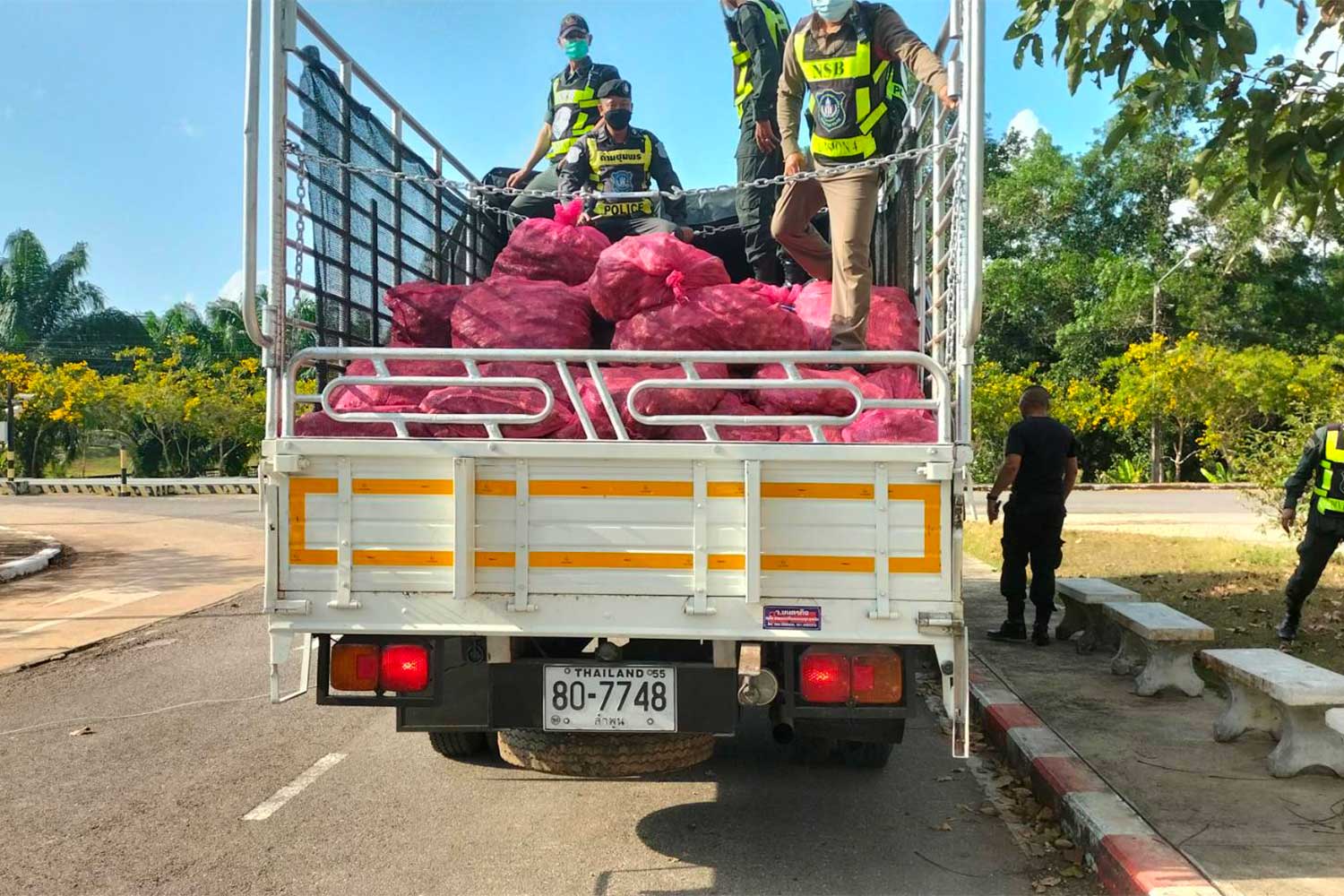 The Tourism and Sports Ministry is pushing ahead with its proposals for a 1-billion-baht stimulus project and a 4am closing time for entertainment venues as Prime Minister Prayut Chan-o-cha returns to office.