A stripped BMW found buried in an oil palm plantation in Chalerm Prakiat district, Nakhon Si Thammarat is seen after it was unearthed on Tuesday night. (Photo: Nujaree Rakrun)

NAKHON SI THAMMARAT: A BMW car found buried in an oil palm plantation in Chalerm Prakiat district was owned by an American man who left Thailand almost 10 years ago, police said on Wednesday.

Pol Col Anurak Pradubmook, chief of Chalerm Prakiat police, said the car’s doors, roof and interior parts had been removed. Officers were inspecting its chassis and engine numbers, and suspected that it was an unregistered vehicle.

The American used to rent a house in Phuket province. Phuket police were now inspecting the property.

The car owner left Thailand on Feb 12, 2012 via Suvarnabhumi airport. The Royal Thai Police will coordinate with the International Criminal Police Organization to track down Mr Michel and expand their investigation.

Yong Meesuk, a 52-year-old worker at the oil palm plantation, allegedly told investigators that he stumbled upon an object he mistakenly thought was some boat parts. He and other workers then dug up the soil and found out that the object was a car’s steering wheel. They reported the find to police.

Police used a backhoe to lift the vehicle, which was buried 1.5 metres deep. 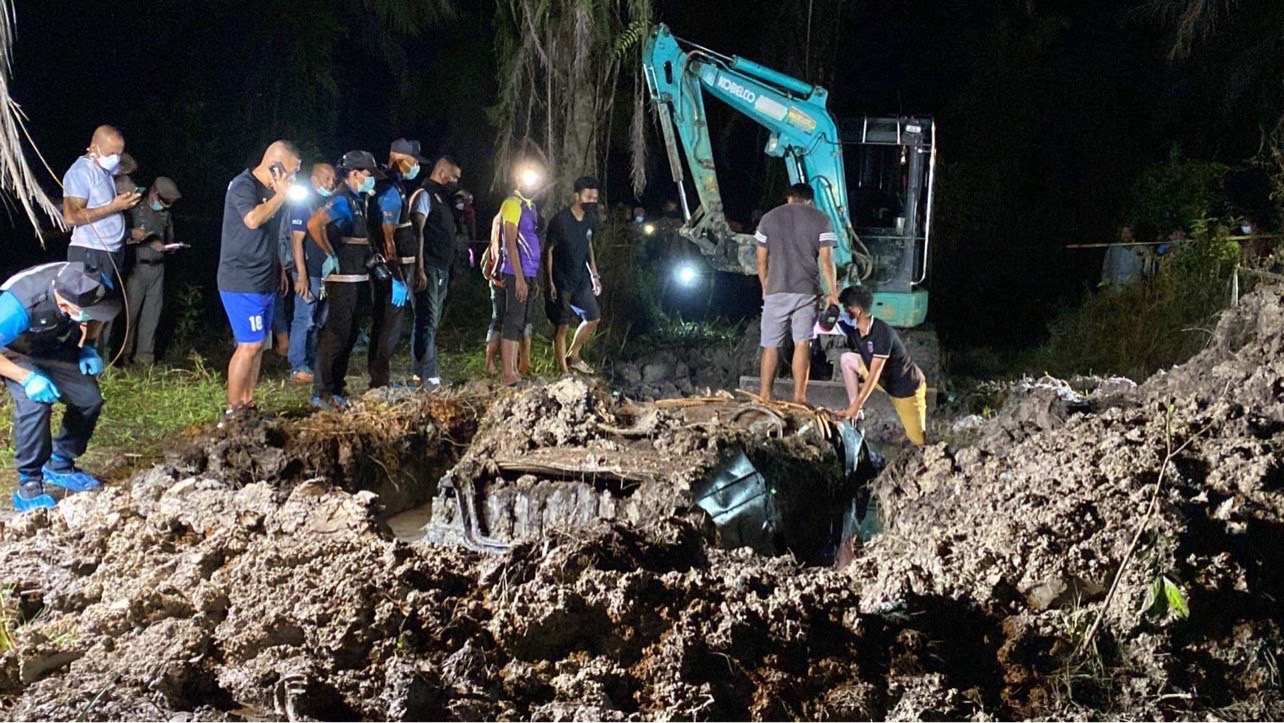 Police use a backhoe to lift a stripped BMW, which was buried in a plantation in Nakhon Si Thammarat, on Tuesday. (Photo: Nujaree Rakrun)

According to media reports, the German sedan might have been involved in illegal activities. It was likely buried to hide the evidence.

Police were investigating to see whether village headman Anant Chukaeo, the plantation owner, had any connection with the vehicle and the American.