Police on Wednesday search the Rajamangala University of Technology Tawan-ok, Uthenthawai Campus in Bangkok where they later found a large quantity of weapons, including knives and bullets, hidden in bags left unattended in the buildings. A clip has also been shared online showing a group of the institute's students gathering at the campus and firing gunshots in the air. (Photo: Pornprom Satrabhaya)

A police search of Rajamangala University of Technology Tawan-ok grounds in Bangkok found a range of knives and some handgun ammunition, police said.

Police, led by the commissioner of the Metropolitan Police Bureau (MPB), Pol Lt Gen Samran Nualma, searched the campus after a video showing vocational students firing a gun into the air went viral on the internet on Wednesday.

Pathumwan police superintendent Pol Col Pansa Amarapitak said a team from the station was assigned to investigate the incident and concluded the video was shot at the university's Uthenthawai campus.

The students, he said, fired the gun as a salute to mark the campus's 88th anniversary on Feb 1.

Around 2pm Wenesday, Pol Lt Gen Samran led 80 officers to search the campus and found weapons in an unattended bag at a building just off Phaya Thai Road.

The source said police checked the hands of eight students for gunpowder residue, to determine whether they were involved in the unauthorised gun salute.

Pol Maj Gen Samrerng Suanthong, deputy commissioner of the MPB, said he had talked to a teacher on campus who said  such an incident had never happened before at the university.

He said the incident had drawn a lot of public criticism. 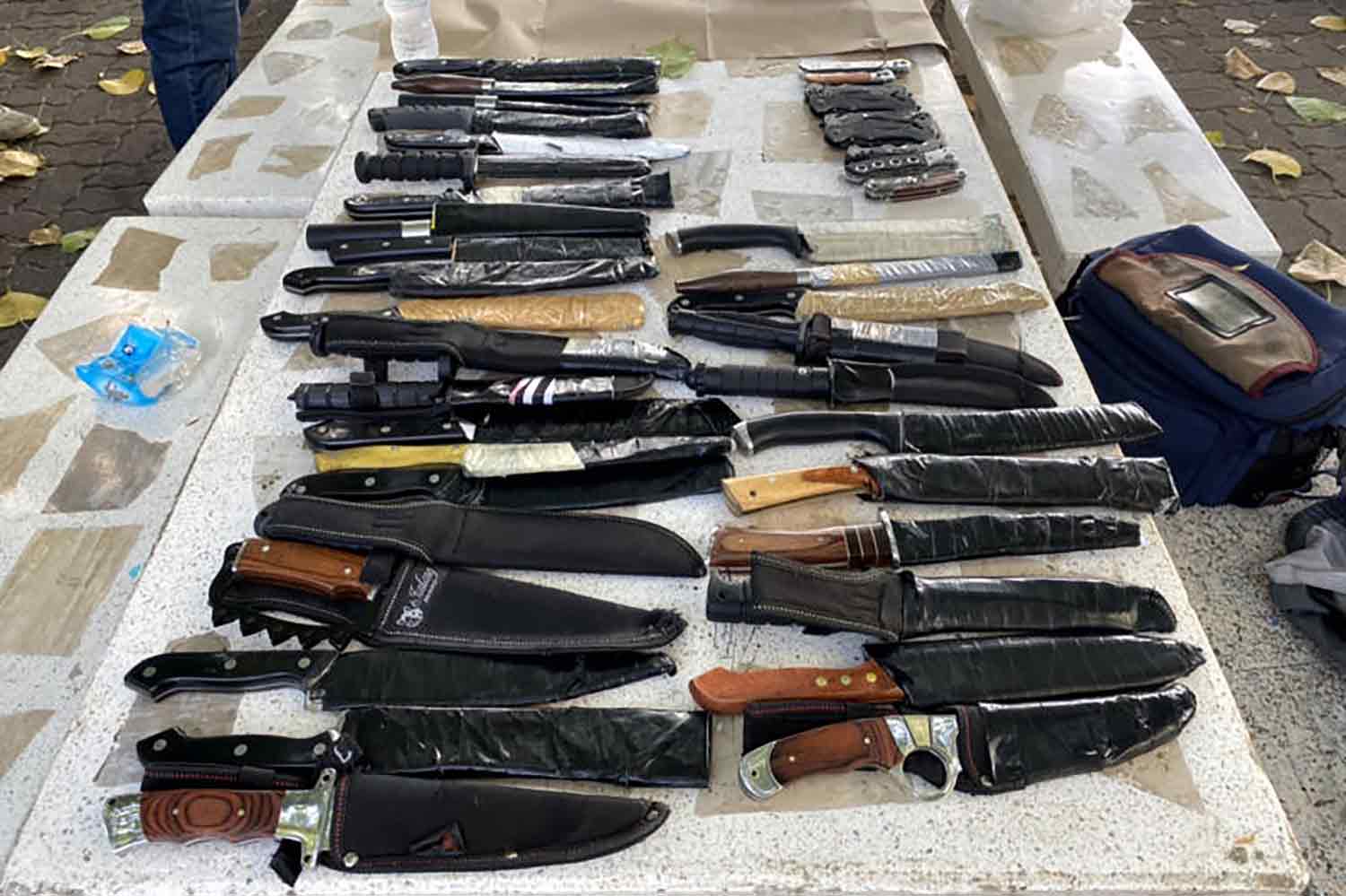