Explosive ordnance disposal officers carry the injured members of their squad away from the scene of the explosion, in Chana district, Songkhla, on Friday morning. (Photo supplied/ Assawin Pakkawan)

SONGKHLA: Three explosive ordnance disposal officers were injured by a bomb blast on Friday morning while working in an area where a villager had his leg blown off by a buried bomb when going fishing on Thursday evening.

One member of the bomb squad was reported have lost both his legs and another to have serious eye injuries. The third suffered chest pains.

Earlier reports said only that two EOD men were injured.

The explosion was not far from the mosque where three militants were killed by soldiers on Thursday morning.

The bomb squad, guarded by soldiers and police, were working near a railway bridge in tambon Ban Na of Chana district.

The scene and nearby Nam Khem-Bo Ton Sae intersection had been cordoned off for thorough inspection.

Around 9.30am, a loud explosion was heard in the area where the EOD team and sniffer dogs were working. Three EOD officers were found to have been injured by the explosion, one severely.

A source said Pol Snr Sgt Maj Wisit had both legs almost blown off. He was in a critical condition. Pol Snr Sgt Maj Soracha had shrapnel injuries to his right eye. Pol Maj Suwat, an inspector, suffered chest pains and ringing in his ears.

A source said the bomb was planted near the railway track, not far from the spot where a villager lost his leg when he stepped on a bomb buried near the bridge on Thursday evening. (continues below) 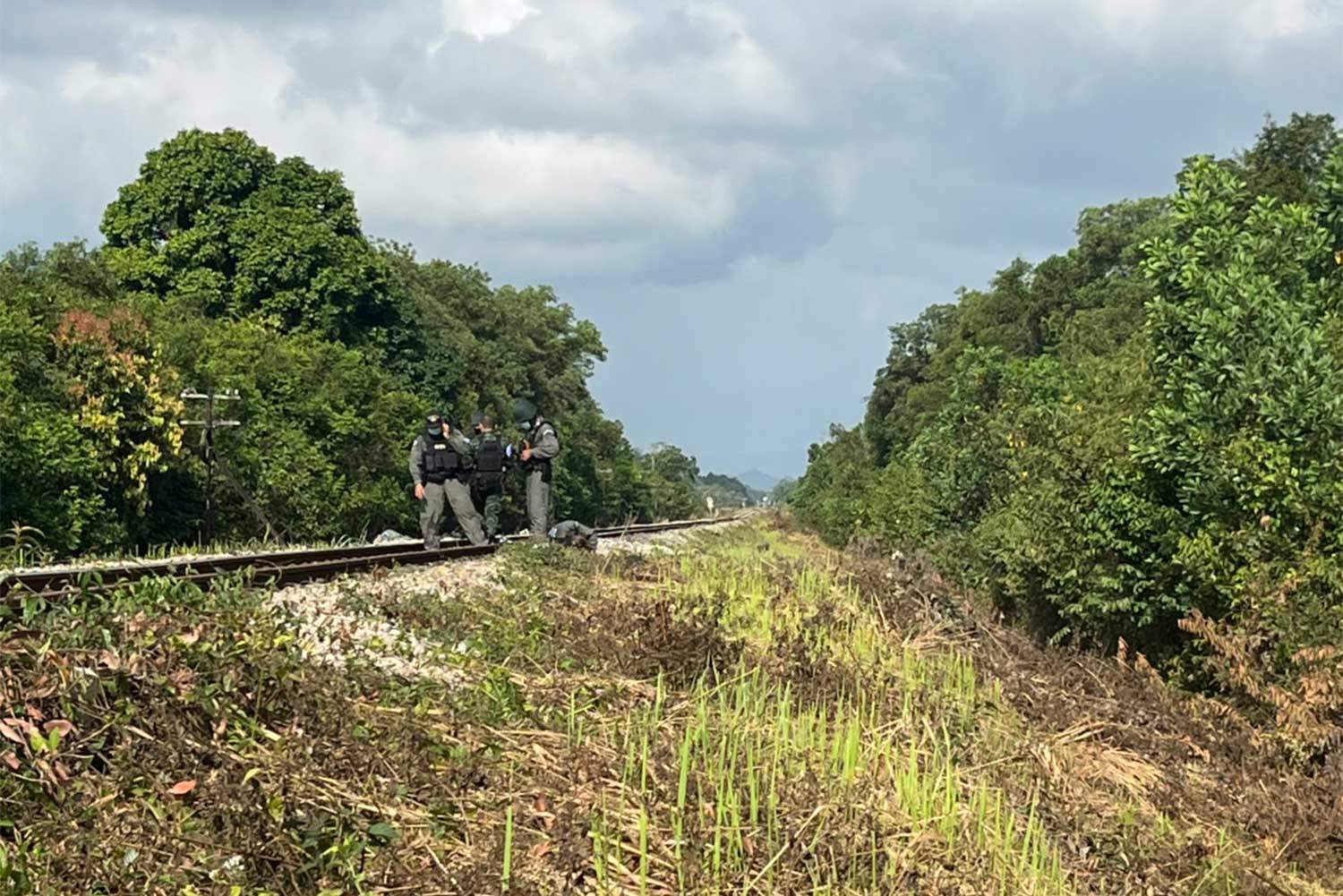 Wangsati Udomdee, assistant head of Nam Khem village Moo 9, said on Friday that the place where Mr Sutthisak stepped on the bomb was near four villages.

The injured man worked as a casual labourer and had six children, he said. Mr Suthisak was now in a safe condition, the assistant village head said.

Earlier, on Thursday morning, three armed militants were killed as they tried to break out through security forces surrounding a study centre at a mosque in the same area of Chana district.

Efforts to persuade the men inside to surrender brought no response, he said. Instead, three armed men ran out of the building and opened fire at them. The soldiers returned fire and the three men were killed.

The three were armed with two rifles and a handgun and were all wanted on arrest warrants and had evaded previous attempts to capture them, Col Kiatsak said. 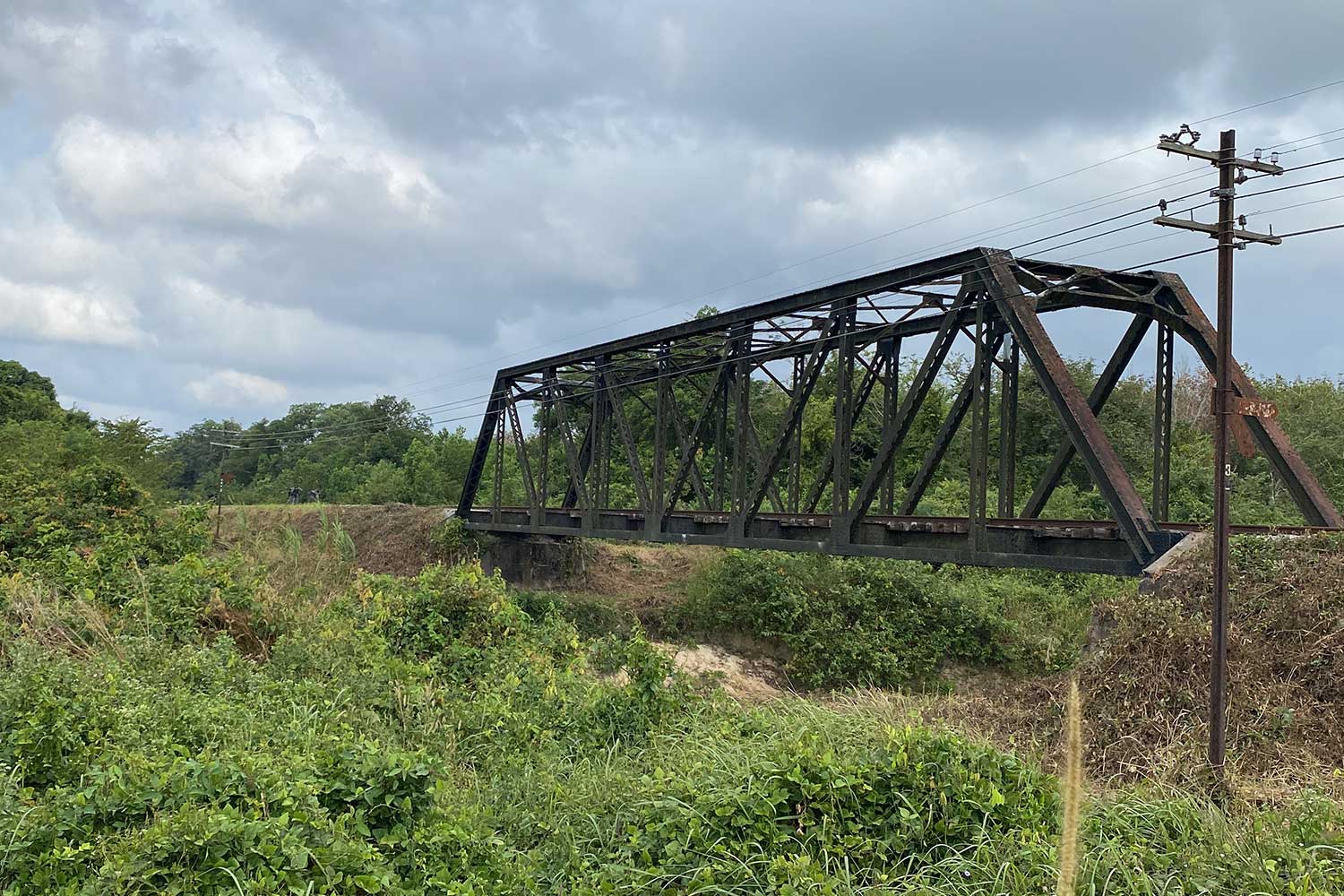