The owner of a gold shop in Buri Ram's Nang Rong district shows a photo of the man she said tried to swindle her out of gold worth 5.8 million baht. (Photo: Surachai Piraksa)

BURI RAM: Police launched a search for a man who tried to buy 200 baht weight of gold from a shop in Nang Rong district with a bank transfer of B5.8m he immediately cancelled.

He fled empty-handed when the owner wised up to the deception.

However, the same man is believed to have earlier got away with 100 baht weight of gold from a shop in Nong Khai using the same ploy.

Ms Premyuda, 45, said a man aged 20-25 years wearing a black medical face mask, a wig, a long-sleeved shirt and black trousers entered her shop on Friday morning. He said his employer wanted to buy 200 baht weight of gold to hand out to staff.

The man then transferred 5.8 million baht to the shop's bank account. She phoned the bank branch to check whether the money had been wired to her account. The bank confirmed the transfer.

Ms Premyuda said an employee she instructed to withdraw the money reported back that he could not do so. The bank said the money had just been transferred back.

She immediately suspected the customer was part of a gang preying on gold shops. So she told the customer he would get his gold when her employee returned from the bank with the money. The man immediately left the shop and took off in a car that was parked nearby.

Police checked the car licence plate number and found it was registered to a different vehicle.

Investigators soon learned a gold shop in Nong Khai province had been swindled recently with the same ploy. The customer, believed to be the same man, made off with 100 baht weight of gold.

Police have launched a search for the man.

Ms Premyuda said even though the man’s scam was unsuccessful, he had intended to cheat her. So, she filed the complaint.

Before the man arrived, she had received a phone call from another man posing as an employer who said he wanted to buy gold from her shop, she said. 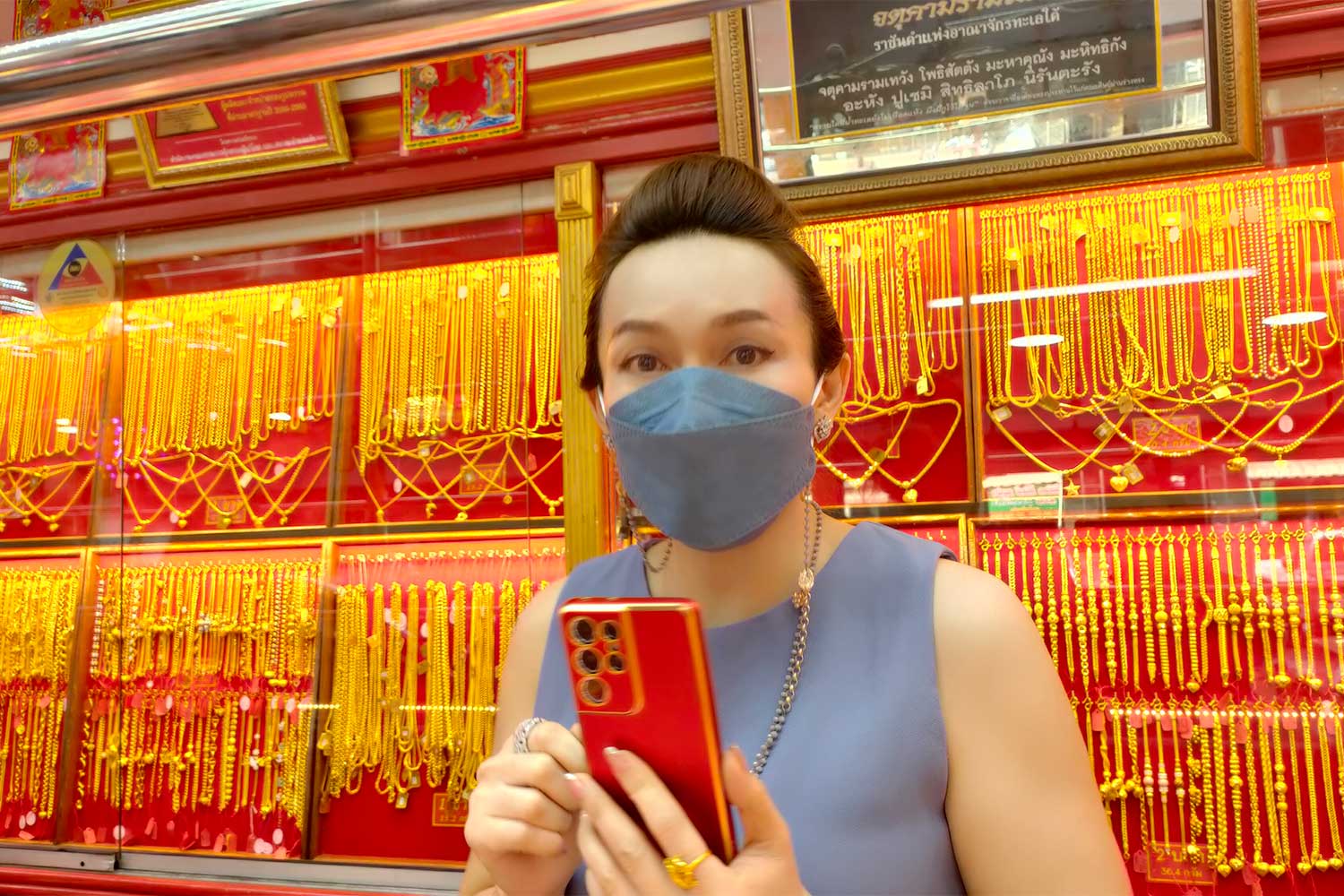 Premyuda Kamphetpakjirawanit, 45, owner of Lan Mae Kim Kee gold shop in Buri Ram, wises up to a man who tried to cheat her out of 200 baht weight of gold. (Photo: Surachai Piragsa)