The latest 24-hour total is the highest since Aug 29 last year and compared with 15,242 new cases and 23 fatalities reported on Friday morning.

Bangkok had four new fatalities while there were four others in the adjacent provinces of Nakhon Pathom (2), Pathum Thani (1) and Samut Prakan (1). Other central plains provinces saw six more deaths: in Ratchaburi (3), Suphan Buri (2) and Prachin Buri (1).

The North saw six more fatalities in Chiang Rai (2) and one each in Chiang Mai, Phetchabun and Lamphun. The Northeast reported three more deaths – two in Roi Et and one in Maha Sarakham.

The South reported three more deaths – one each in Chumphon, Nakhon Si Thammarat and Narathiwat.

There were 16,049 new cases in the general population, 131 among prison inmates and 150 imported cases.

Of the local infections, 15,809 were confirmed at hospitals and 240 via mass testing.

The 150 imported cases included 43 from Russia, 14 from Kazakhstan, nine from Ukraine, seven each from Denmark, France and Germany and six each from Sweden and Romania. 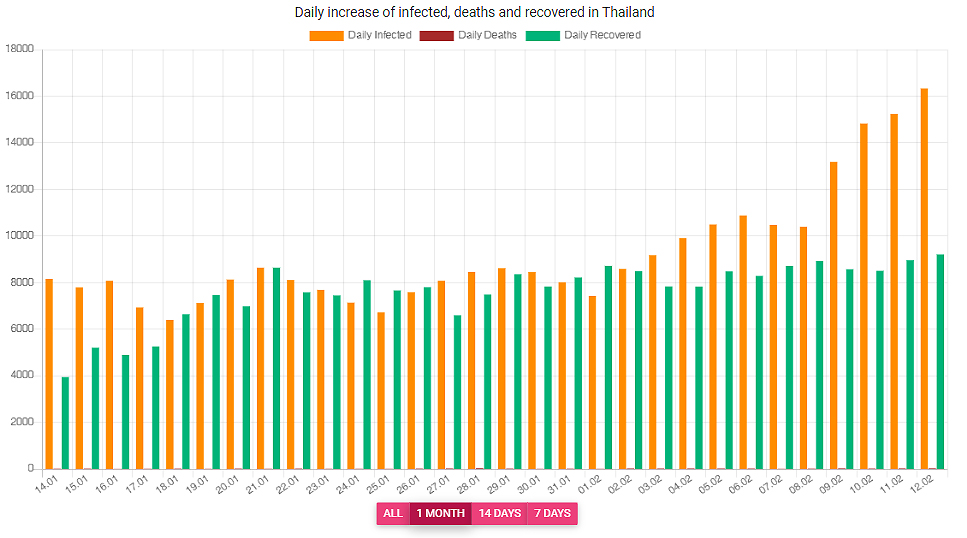 Bangkok governor Aswin Kwanmuang said on Friday that 15 more community isolation (CI) centres with 1,591 beds would be opened in Bangkok.

The capital also has seven field hospitals with 1,418 beds, 779 of them occupied.

The governor assured the public that there were enough beds for Covid patients at both CI centres and field hospitals.

Vaccinations continued to progress, with 119.46 million doses administered in all 77 provinces as of Friday. 75.8% of the population have now received one dose of the vaccine and 70.7% have received two shots, while 25.2% have got a booster shot. 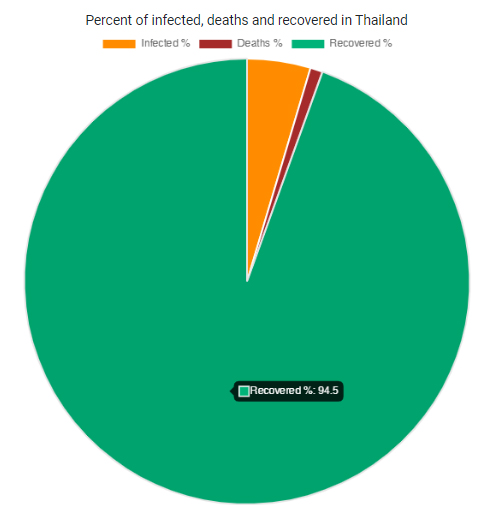 Of the 22,412 deaths since the beginning of the pandemic, 714 have occurred so far this year.