Twenty-one Thais working for fraud gangs in Cambodia will be deported to Thailand via Sa Kaeo province on Saturday, following raids in Phnom Penh and Preah Sihanouk on Friday.

At the first location, the officers raided YN Hotel in the Cambodian capital and arrested two Thai nationals who worked for a fraud gang. They allegedly duped Thais into investing in fake digital assets via Digital Alliance website, which caused damage worth over 200 million baht, said Pol Gen Damrongsak.

At the second spot, the team raided a four-storey building opposite Sokha Vegas casino in Preah Sihanouk province with the top floor being used as both office and operation centre for a phone scam gang. Six suspects, all Thais, were caught. They had worked for Chinese nationals to swindle money from Thais, causing more than 300 million baht in damage, said Pol Gen Damrongsak.

Cambodian officials will hand over the 21 suspects caught in the three locations to immigration officers in Sa Kaeo province on Saturday to face charges of illegal assembly, colluding in transnational crime and related offences.

Pol Gen Damrongsak said national police chief Pol Gen Suwat Jangyodsuk and the government have given more emphasis on cracking down on scam gangs as their operations caused damage to Thais.

His team had given 71 arrest warrants to Cambodian police and 21 suspects were caught. Cambodian authorities would help track down the remaining suspects. 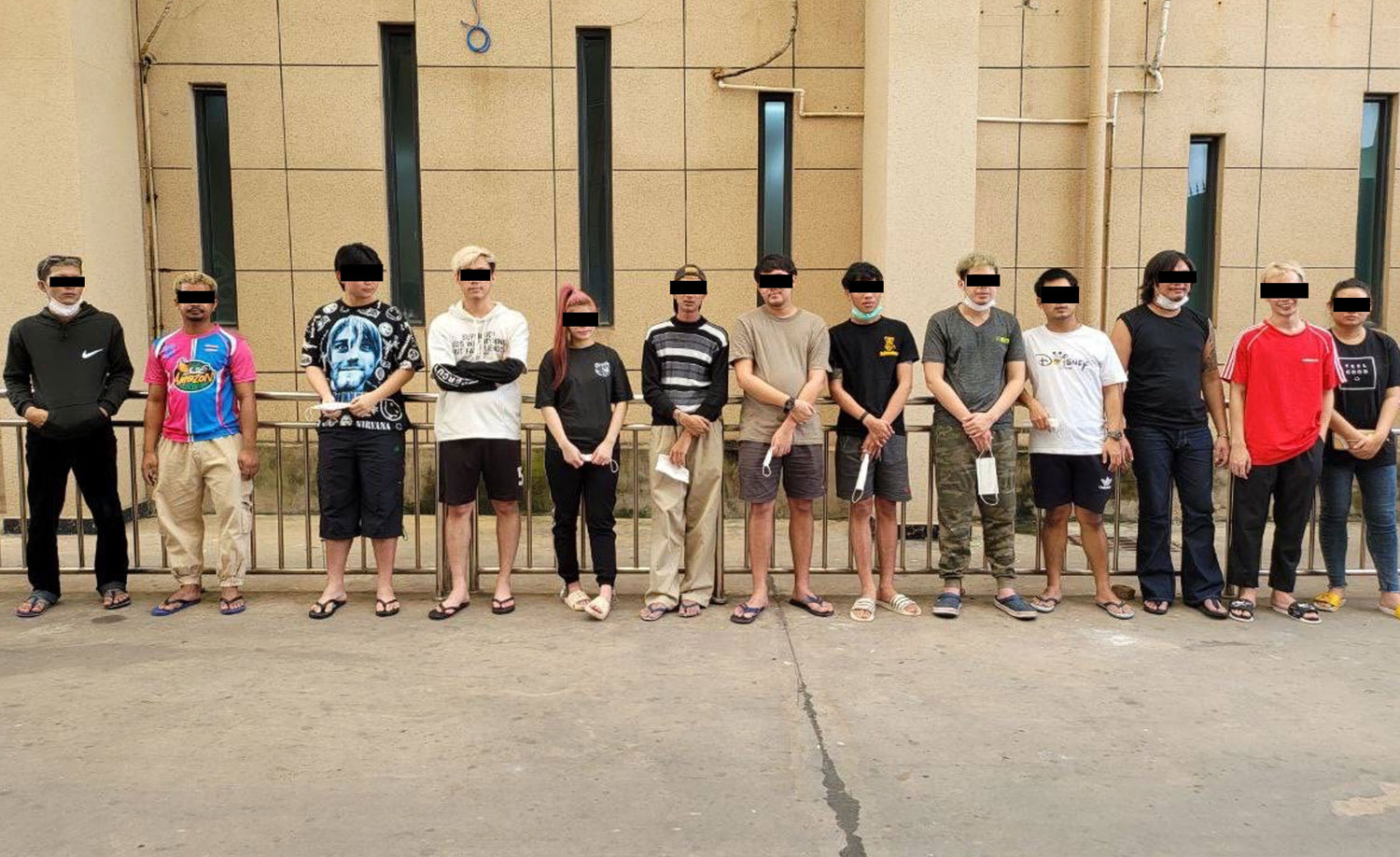 These people are among 21 Thais working for scam gangs, headed by Chinese nationals, arrested during raids on three locations in Cambodia. (Photo supplied: Wassayos Ngamkham)