Seksan Wongwirat, 20, arrives at the media briefing following his arrest in Phuket for the robbery of a currency exchange booth in Patong on Feb 13. (Photo: Achadtaya Chuenniran)

PHUKET: A 20-year-old man has been arrested and charged with robbing a currency exchange booth of about 220,000 baht in Patong five days ago.

The Yes Exchange 6 Co’s currency booth in front of Big C Jungceylon branch on Phang Muang Sai Ko Road in Kathu district was held up by a tall man with a gun around 10.30pm on Feb 13.

The robber was wearing a balaclava and a black hood and black gloves. He broke the glass and opened the back door of the booth while Yaowalak Daengduang, 45, was working inside. He entered the booth and pointed a gun at Ms Yaowalak, demanding, “Where is money? Hand it to me". He then took money in several currencies from a drawer and fled out the back door.

Police said he stole 3,418 baht in cash and foreign currencies worth 226,918 baht, and caused damage estimated at 5,000 baht to the door. (continues below) 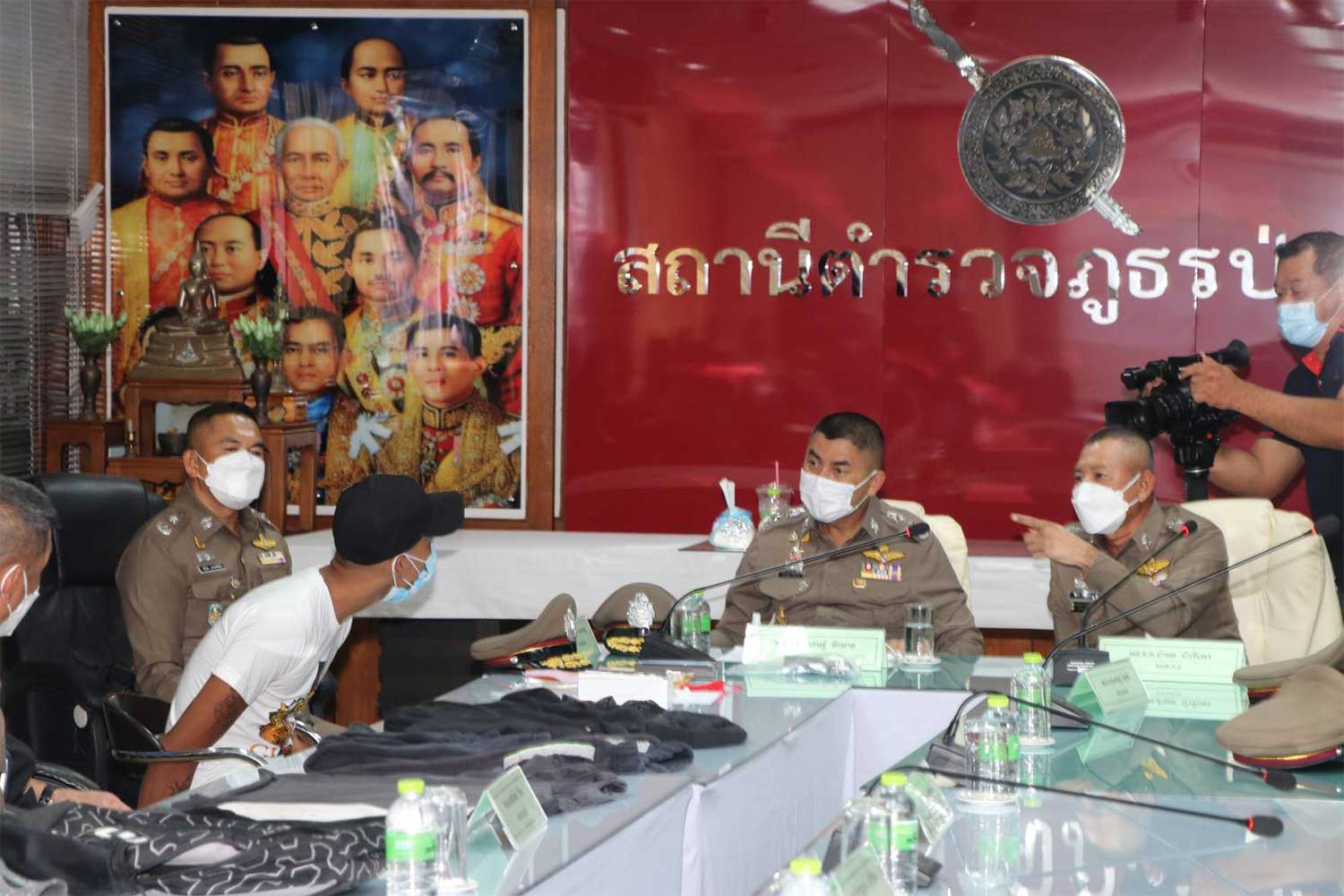 Police  investigators examined recordings from local security cameras, which led them to the suspect.

Mr Saksan lived in a rented room about 300 metres from the robbed currency booth. He left Patong beach after the robbery.

According to police, the suspect paid a taxi 8,000 baht to take him from Patong to Krabi. He paid the cabbie €150, and the remainder in Thai baht.  On arriving in Ao Nang, Krabi, Seksan exchanged €500 at a currency booth and then went by long-tail boat to Phi Phi island, where he stayed overnight in a hotel.

On Feb 15, he returned to Phuket by speedboat service. At the pier in Phuket he took a taxi to Central Plaza shopping mall and exchanged more money there. He bought gold jewellery and other items before returning to his rented room, where he was caught on Feb 17.

The arresting officers seized a .38 pistol and 6,000 baht cash. Police searched his room and found clothing, gloves and shoes like those worn by the robber, and another 90,000 baht in cash.

He was taken to Patong police station and charged with theft and illegal possession of a weapon.

According to Pol Lt Gen Surachet, the suspect confessed to the robbery.

It took four days for investigators from the Provincial Police Region 8 and local police to arrest the suspect, he said. 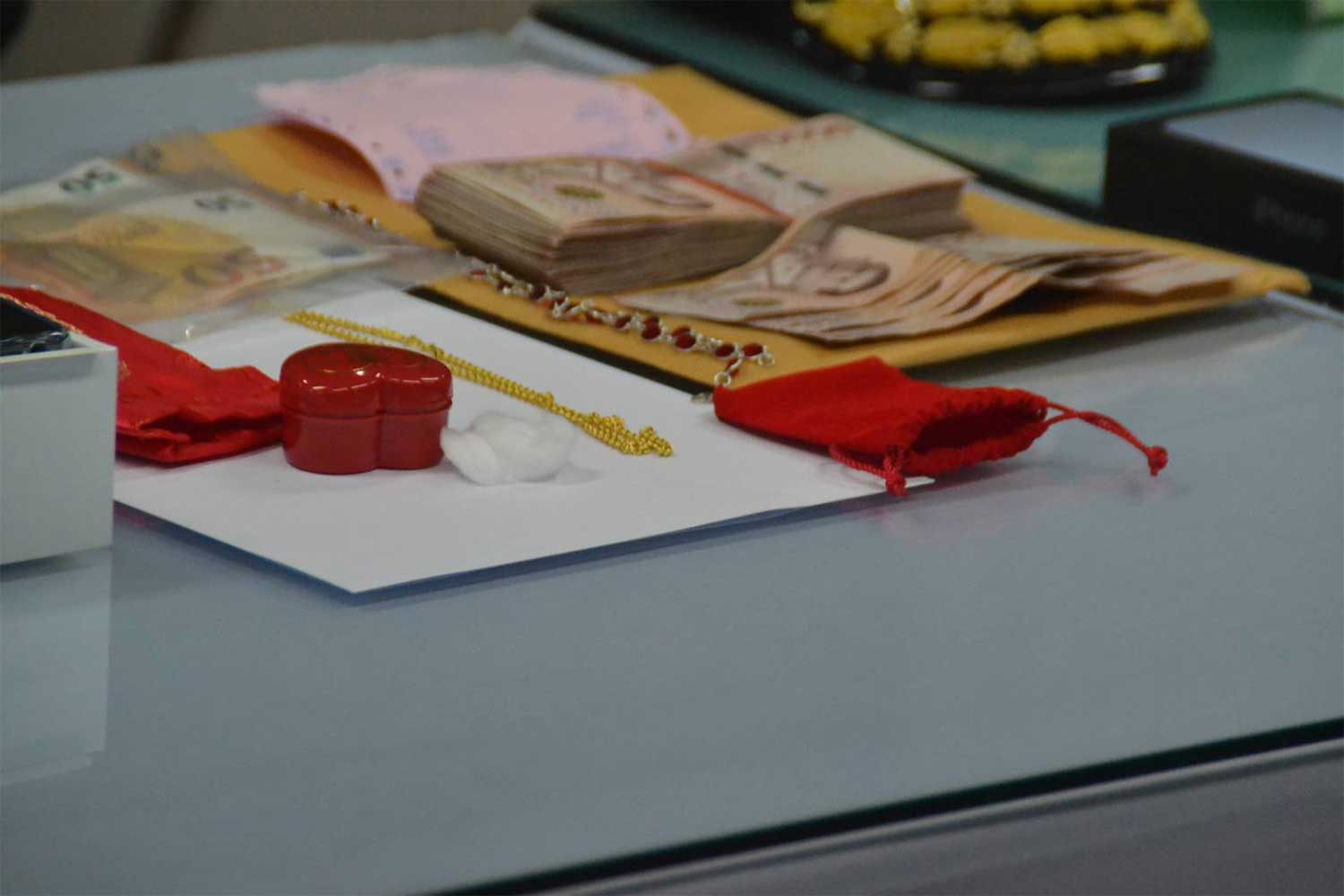 Cash, gold and other items seized from the suspect. (Photo: Achatayua Chuenniran)