A roadside bombing injured four police officers in Yala province on Friday night, while an assistant village headman was shot dead in Pattani province on the same night, police said.

In Yala's Raman district, a bomb hidden on the roadside near a railway track exploded when patrol officers on two pickup trucks arrived around 8.35pm.

Three officers suffered from a ringing in the ears and another officer sustained chest pains. They were sent to Raman Hospital.

The patrol vehicles were slightly damaged.

Police cordoned off the area for fear of another bombing would occur.

Explosive ordnance disposal officers were sent to inspect the scene and said the home-made bomb was assembled in a cooking as cylinder, weighing about 15 to 20 kilogrammes.

Authorities believed that the blast was the work of insurgents seeking to target security forces.

In Pattani, Sakariya Maelaeh, assistant village headman of tambon Talor Kraithong in Mai Kaen district, was shot dead by at least four assailants on board two motorcycles around 10 pm. They fired shots at him in front of his house, said local police.

The motive of the attack was being investigated. 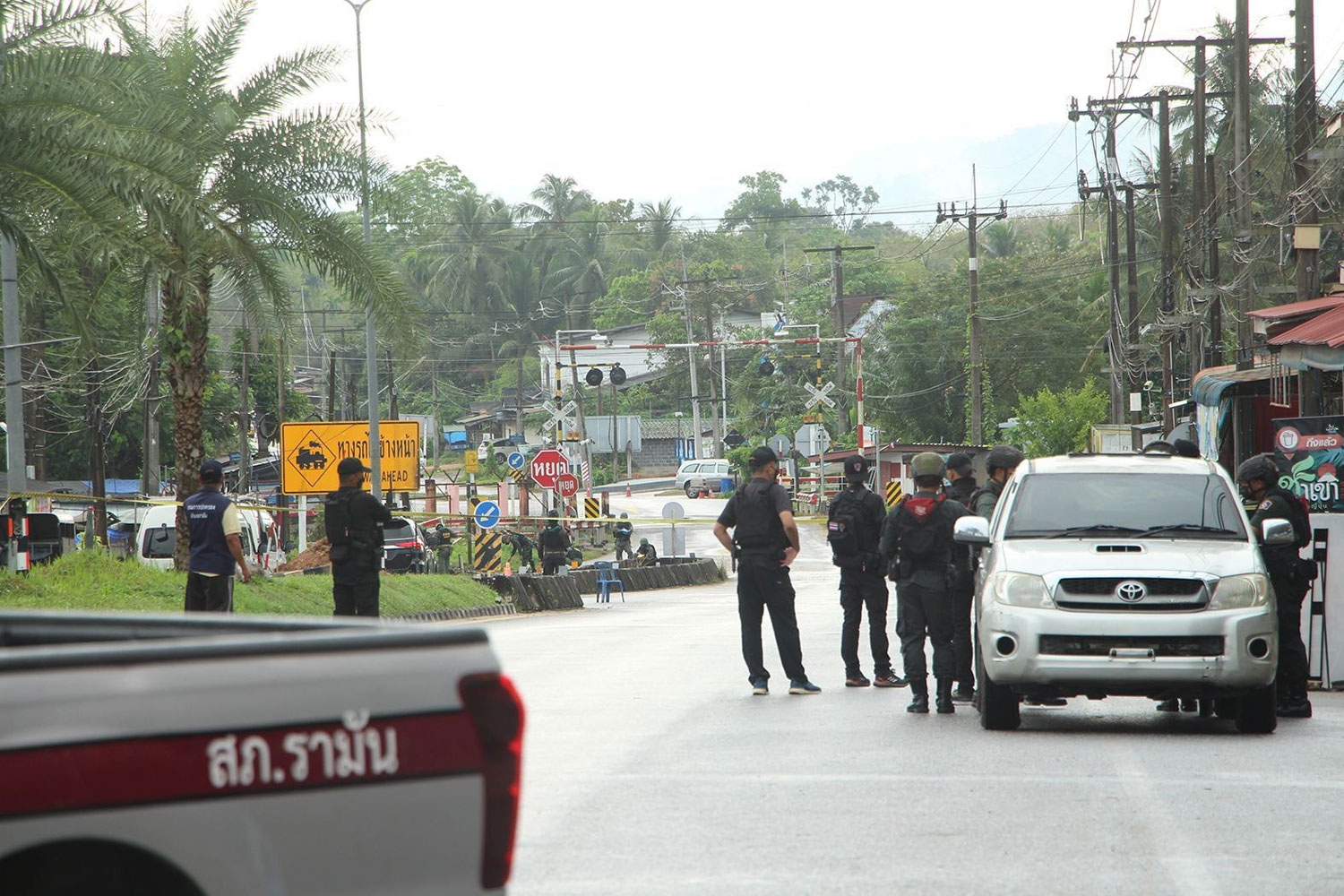