Many job seekers from Myanmar and a guide are caught after illegally crossing the border into three districts in Kanchanaburi on Friday. (Photo: Piyarat Chongcharoen)

KANCHANABURI: Sixty-nine job seekers from Myanmar and a guide were caught after crossing the border into three districts of this border province on Friday.

They were found hidden in forested areas to wait for vehicles to pick them up, said a source at the arresting team.

They were taken for temperature checks and all were normal.

During questioning, the migrants said they had travelled from Mawlamyine, Yangon, Rakhine and Bago townships in Myanmar to get jobs in Samut Sakhon, Rayong, Kanchanaburi and Bangkok. Some had paid 15,000-30,000 each to job brokers depending on the distances to workplaces.

All were handed over to Sangkhla Buri, Sai Yok and Muang police stations for legal action.

Adisorn Kerdmongkol, a representative of a migrant labour development network, estimated that 80,000 illegal border crossers, the vast majority of them from Myanmar, were caught in Thailand last year. As many as 100,000 more probably slipped past the authorities and were now employed in major provinces, he added.

Prime Minister Prayut Chan-o-cha has said all parties involved should step up efforts to register workers from neighbouring countries so that they can be employed legally in Thailand, where a labour shortage is threatening the economic recovery.

The Federation of Thai Industries has said that the country faces a shortage of about 800,000 migrant workers needed for the manufacturing, service and tourism sectors.

A soldier seeks details from illegal migrants after they were caught entering the country illegally in Kanchanaburi (Photo: Piyarat Chongcharoen) 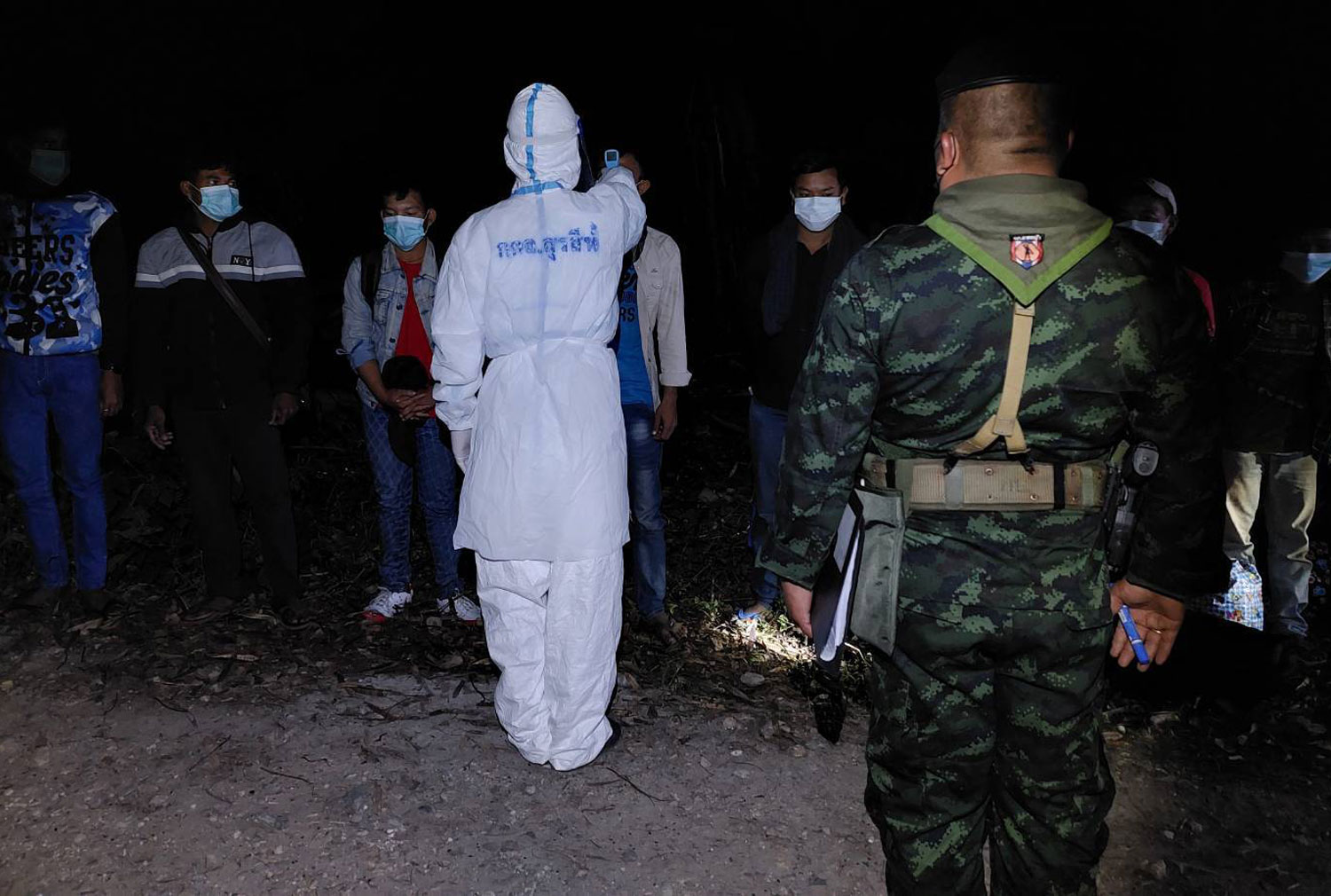