Thirty-eight Thai evacuees from Ukraine arrived at Suvarnabhumi airport via Frankfurt on Wednesday morning and 58 others were due via Dubai around noon.

The first 38 arrived at Suvarnabhumi airport at 6.25am on Thai Airways International flight TG923. The second group of 58 was due on Emirates flight EK384, scheduled to land at 12.05pm.

Reports said they were given RT-PCR tests upon arrival at the airport, then received snacks and drinks before boarding buses to Bamrasnaradura Infectious Diseases Institute in Nonthaburi province for one-day quarantine pending test results, under the Test & Go protocol.

The Labour Ministry on Wednesday gave 15,000 baht to each of 69 evacuees who were members of a fund to assist overseas workers.

Labour Minister Suchart Chomklin said he had assigned permanent secretary Boonchob Suthammanaswong to ensure the payments were made. Twenty-one of the first group to arrive were eligible for the payment and 48 of the second group, he said.

A total of 1,035,000 baht was handed out, Department of Employment director-general Pairote Chotikasthira said.

Any who test positive for Covid-19 would receive treatment at the Bamrasnaradura Infectious Diseases Institute. Those who test negative would follow the Test & Go protocols and return to their homes, Mr Pairote said. 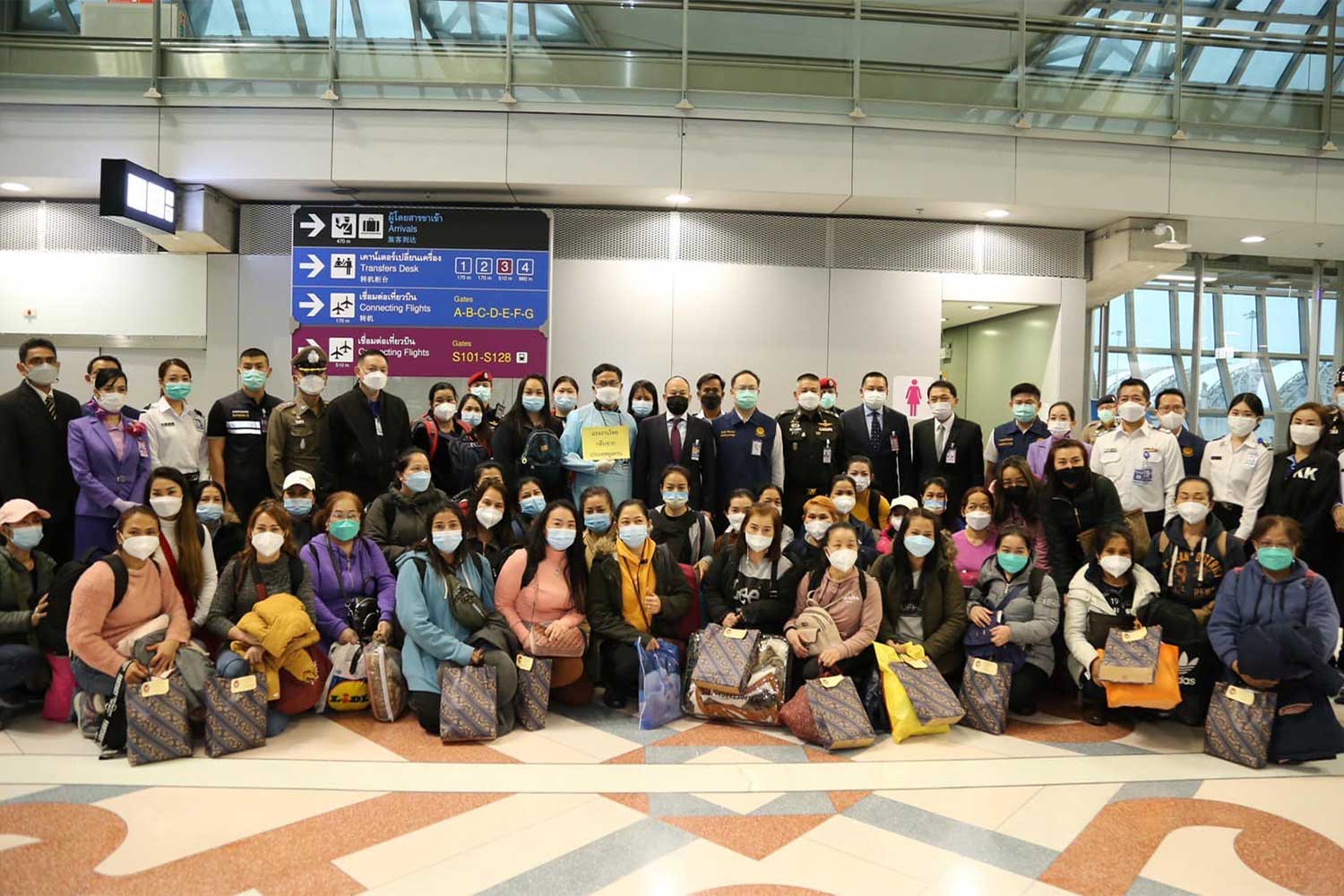