Officials from the Special Investigation and Excise and Customs departments seize smuggled cigarettes, liquor and playing cards at a warehouse in Songkhla on Tuesday. (Photo: DSI News Facebook page)

Contraband cigarettes, whiskey and playing cards have been seized from warehouses in Songkhla, with evaded taxes and fines put at 560 million baht.

All were smuggled into the country. The evaded taxes and accompanying fines amount to 560 million baht, he said.

No other details were released.

The investigation into the smuggling network was continuing. 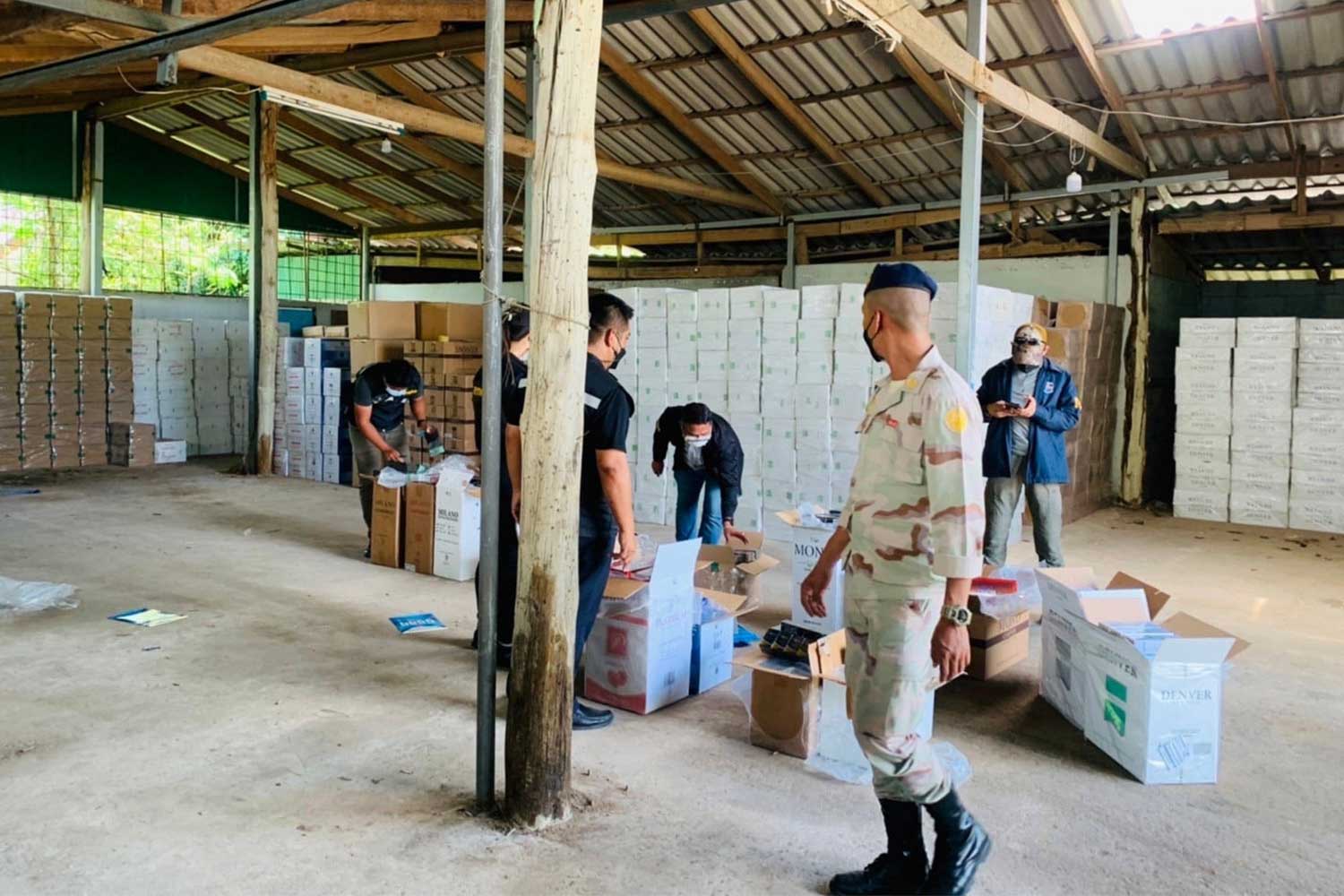