Divers at work during the retrieval of the propeller police lost in the river from the boat actress Tangmo was travelling on when she fell overboard and drowned last Thursday night, in the Chao Phraya River in Nonthaburi province on Thursday morning. (Photo supplied)

The propeller from the "Tangmo" case speedboat that police lost in the Chao Phraya during a re-enactment of the actress's death on Wednesday was retrieved from the river by divers on Thursday.

Scuba divers scoured the river bed in front of the NBC Boat Club, where the boat is stored, in Muang district, Nonthaburi, on Thursday morning.

It took them 20 minutes to find the propeller in the murky water, on the bottom about 8 metres below the surface.

Police lost the propeller there about 6pm on Wednesday as they began a re-enactment of the Cobalt speedboat's trip on the river on the night actress Nida "Tangmo" Patcharaveerapong fell overboard and drowned.

Tangmo, 37, fell into the Chao Phraya River near Pibul 1 pier in Muang district of Nonthaburi around 10.40pm last Thursday. Her body was found about 1pm on Saturday.

Police earlier detached the propeller for examination. On Wednesday they reattached it to the boat for the reenactment of the trip. But the propeller came off and sank into the depths as soon as the engine was started. It was reported the propeller was not properly locked on to the shaft.

Meanwhile, police spokesman Pol Maj Gen Yingyos Thepchamnong on Thursday warned people not to post or forward any pictures of Tangmo’s body, out of respect for the late actress and her family's feelings.

According to the spokesman, this could amount to dishonouring a dead person under the Criminal Code, with violators liable to a maximum penalty of three months in prison and/or fine of 5,000 baht. 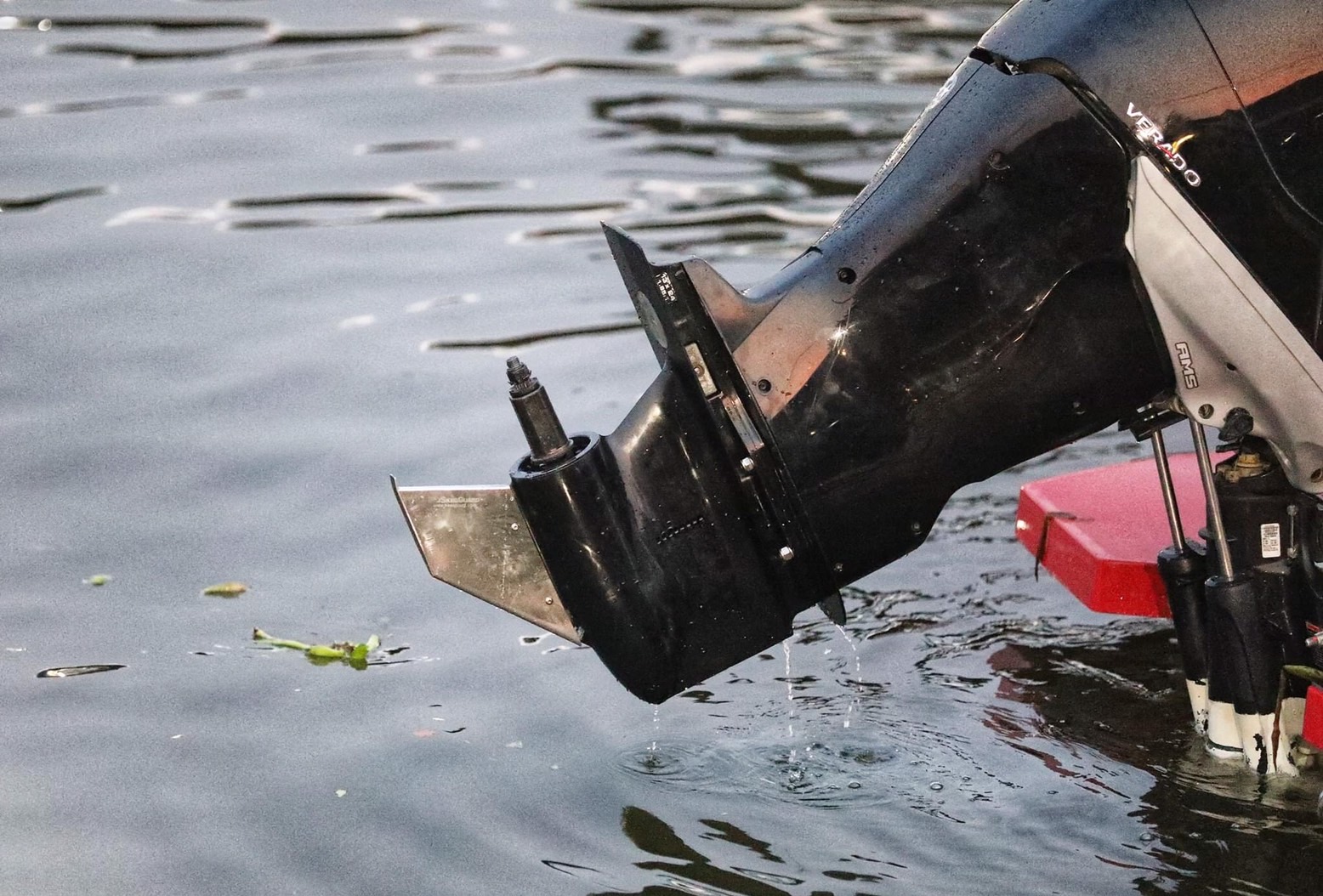 The propellerless speedboat engine, during the stalled re-enactment on Wednesday evening. (Photo supplied)