Manhunt launched for two attackers who fled on motorcycle

The attack occurred at the Piti Villa housing estate in tambon Phraeksa at around 10pm on Friday, said Pol Lt Col Patcharathorn Noppathansawat, investigation chief at the Muang district station.

Three men and one woman sustained gunshot wounds to their legs, arms, bodies and necks. One was seriously wounded, said police.

A black holster was found on the road in front of the house.

Phakkhawat Boonsudthong, 24, the owner of the house, told police that he and his four friends had been relaxing in the front room of the house after finishing their work at a parcel delivery firm. They had been mostly playing games on their mobile phones since early evening.

Later that night, a motorcycle was seen riding from the back of the soi and past the house before being parked nearby. Shortly afterward, two men, wearing full-face crash helmets, ran toward the house and opened fire at the front room where Mr Phakkawat and his friends were sitting. Gunshots hit his friends and they ran to hide inside the house.

The attackers later fled on the motorcycle, said Mr Phakkawat, who escaped unhurt.

He said he and his friends had no conflict with anyone. They all worked in the same parcel delivery firm and often gathered at his house after work.

Police have yet to establish the motive for the attack. They are currently examining video from security cameras along the escape route of the suspects. 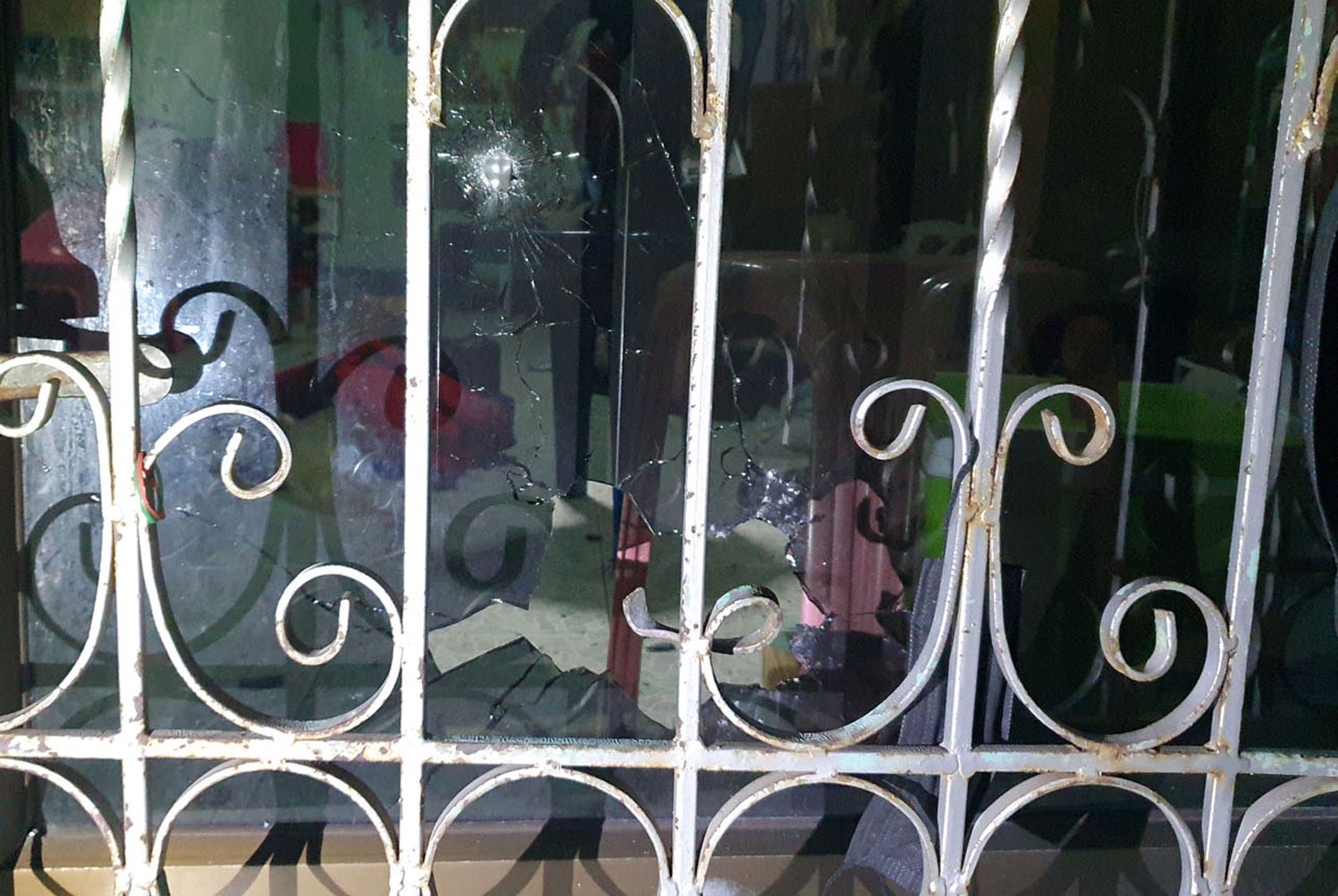 Bullets shattered the glass enclosing a room in the house where the shooting took place. (Photo: Sutthiwit Chayutworakan 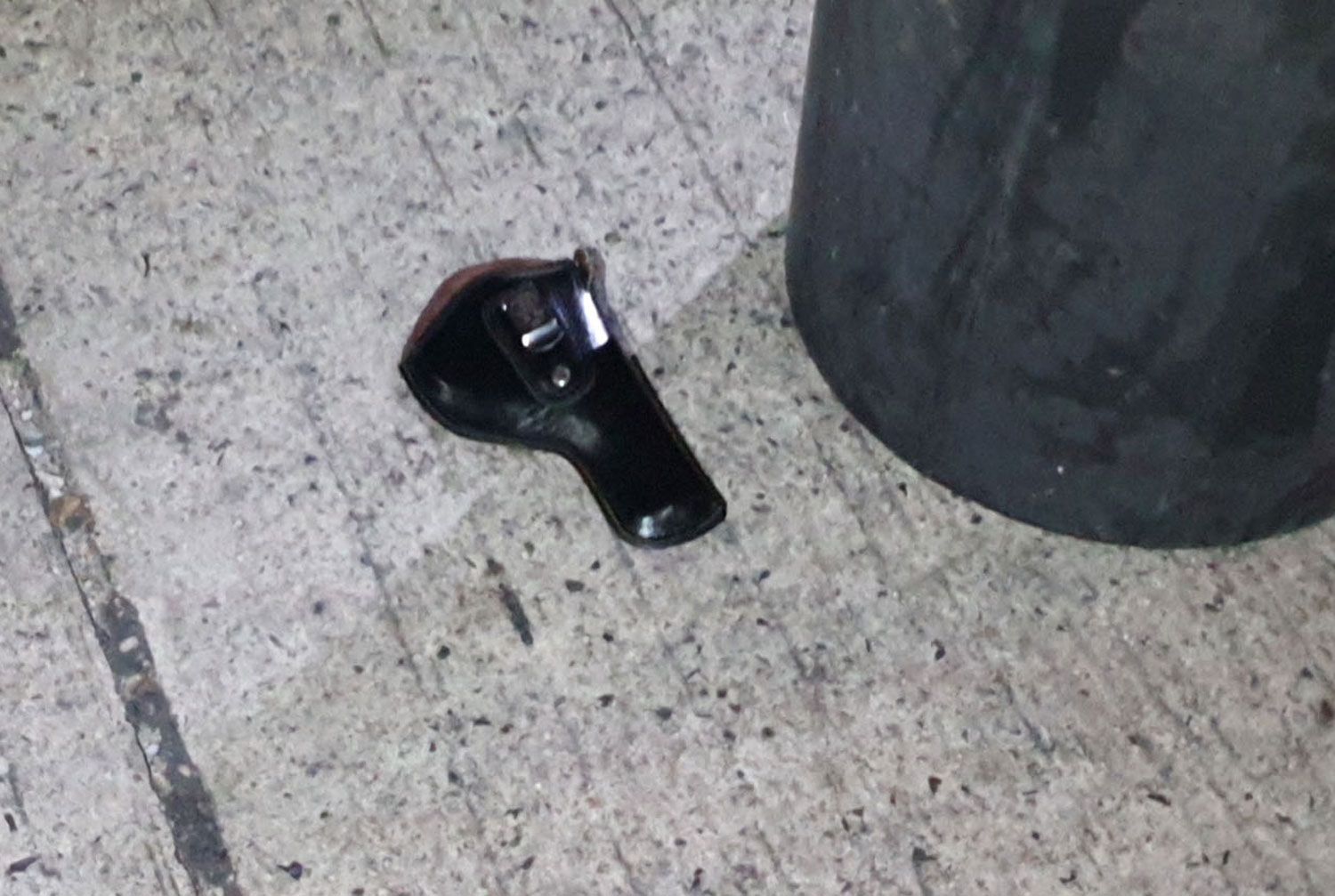 A holster was found on the road in front of the house following the attack. (Photo: Sutthiwit Chayutworakan)