Some 100 Ukrainians in Thailand come together in Bangkok on Saturday to protest the actions by the Kremlin. (Photos supplied)

About 100 Ukrainians and Thais on Saturday gathered in front of Lumpini Public Library at Lumpini Park, Bangkok, to call on Russia to stop its invasion of Ukraine.

The group also staged a play in which women in white dress painted themselves in red to resemble blood stains, lit candles and chanted prayers. 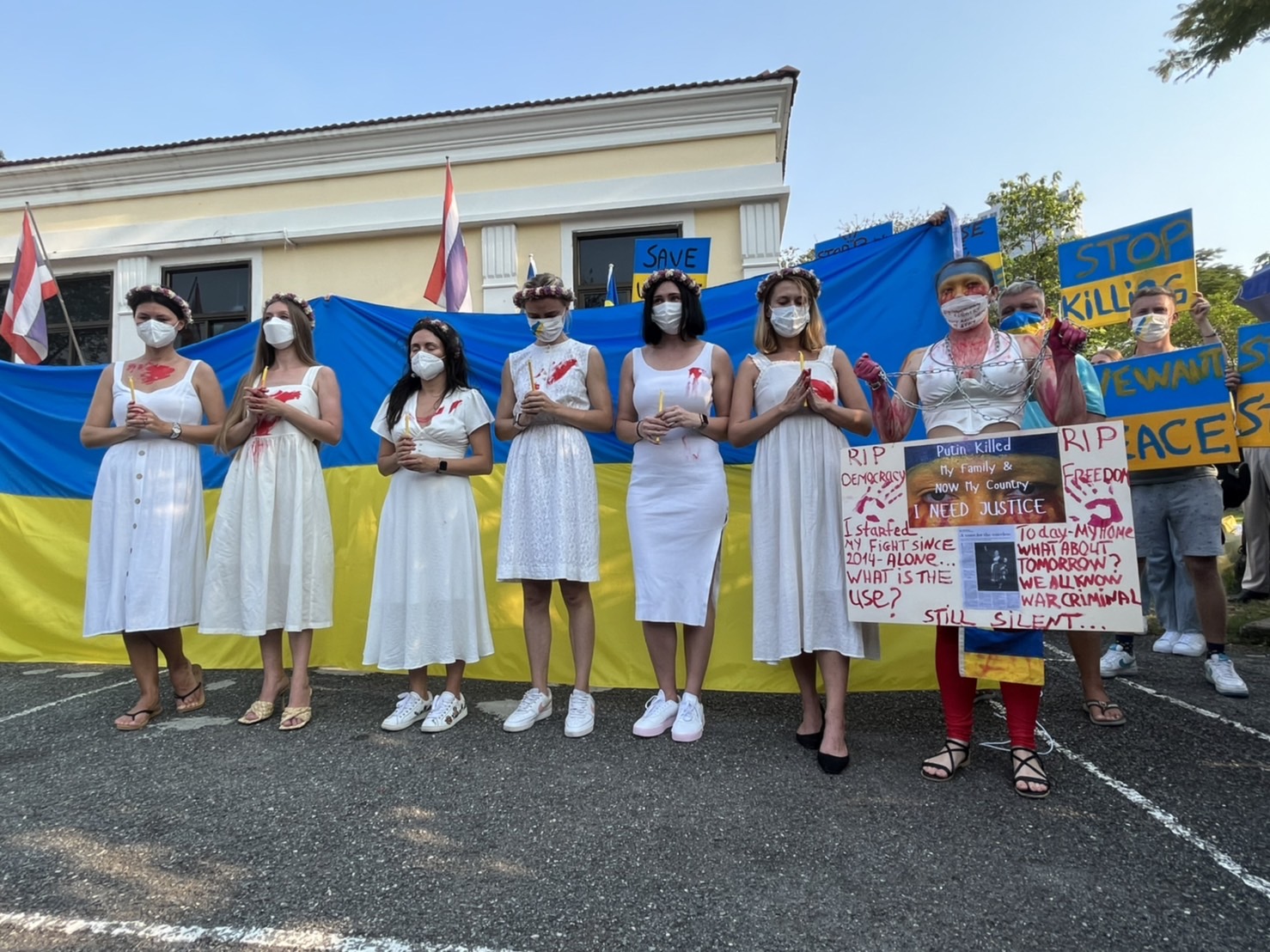 During the rally, Roman Vasylyovych, one of the Ukrainians, presented photographs of the war-torn country and said he wanted everyone to see the brutality of war.

Officers from Lumpini police station were deployed to ensure law and order at the gathering.

The rally ended peacefully within an hour.

Meanwhile, the Russian embassy in Bangkok posted a message on its Facebook page on Saturday, warning Thai people not to join Ukraine's International Legion of Territorial Defence.

"Social networks and the media spread the materials with appeals of the leadership of Ukraine to join the so-called ‘international volunteer units’ and take part in hostilities on the side of the Ukrainian armed forces. Such information is posted by the account of the Ukrainian Embassy in Thailand.

In this regard, the Russian Defence Ministry has warned that according to the international humanitarian law international mercenaries are not qualified as combatants and can have no status of POW (prisoner of war). The best-case scenario for them is detention and prosecution. Therefore, the Russian Defence Ministry advises strongly against participation in foreign military campaigns." 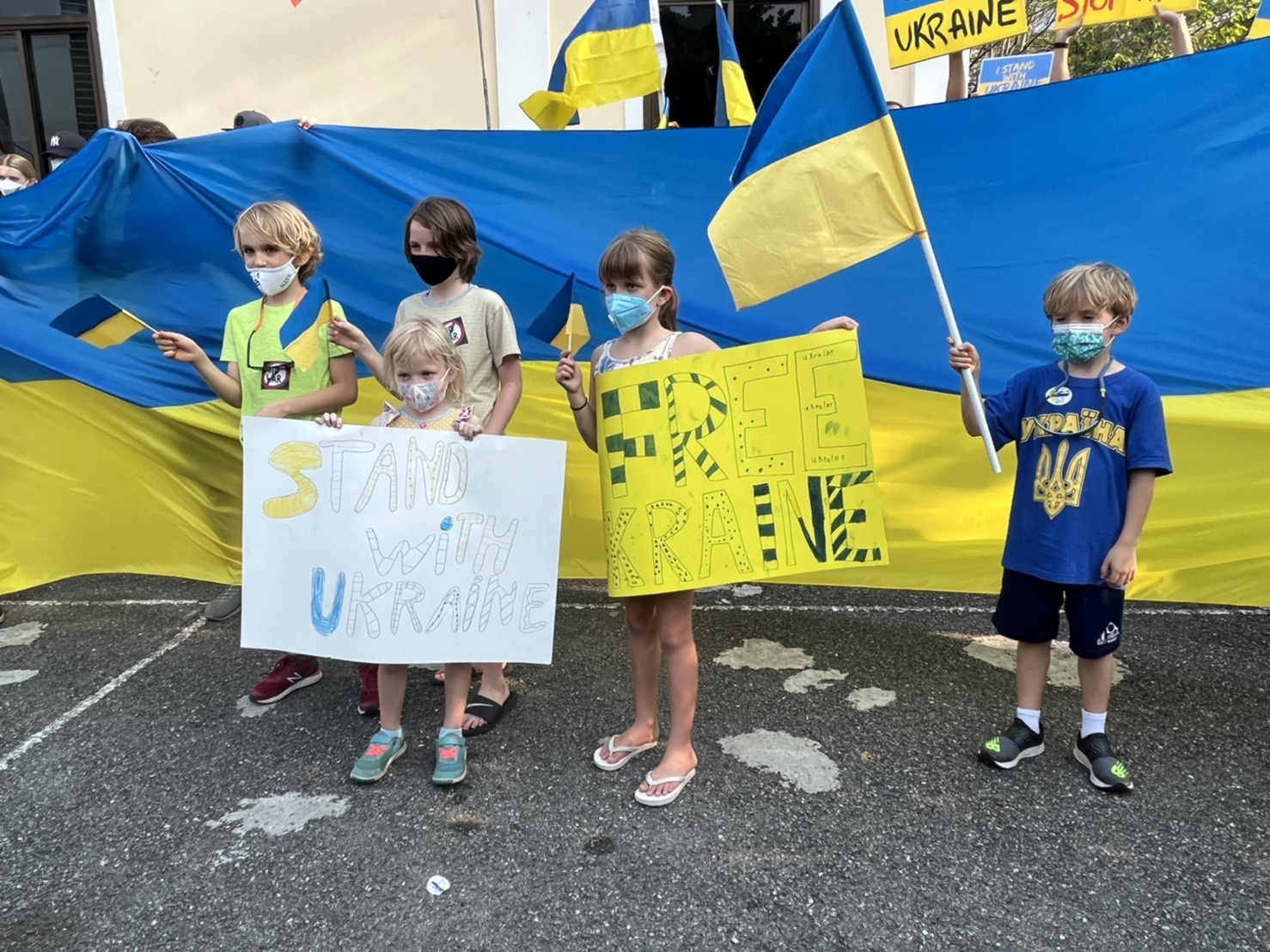 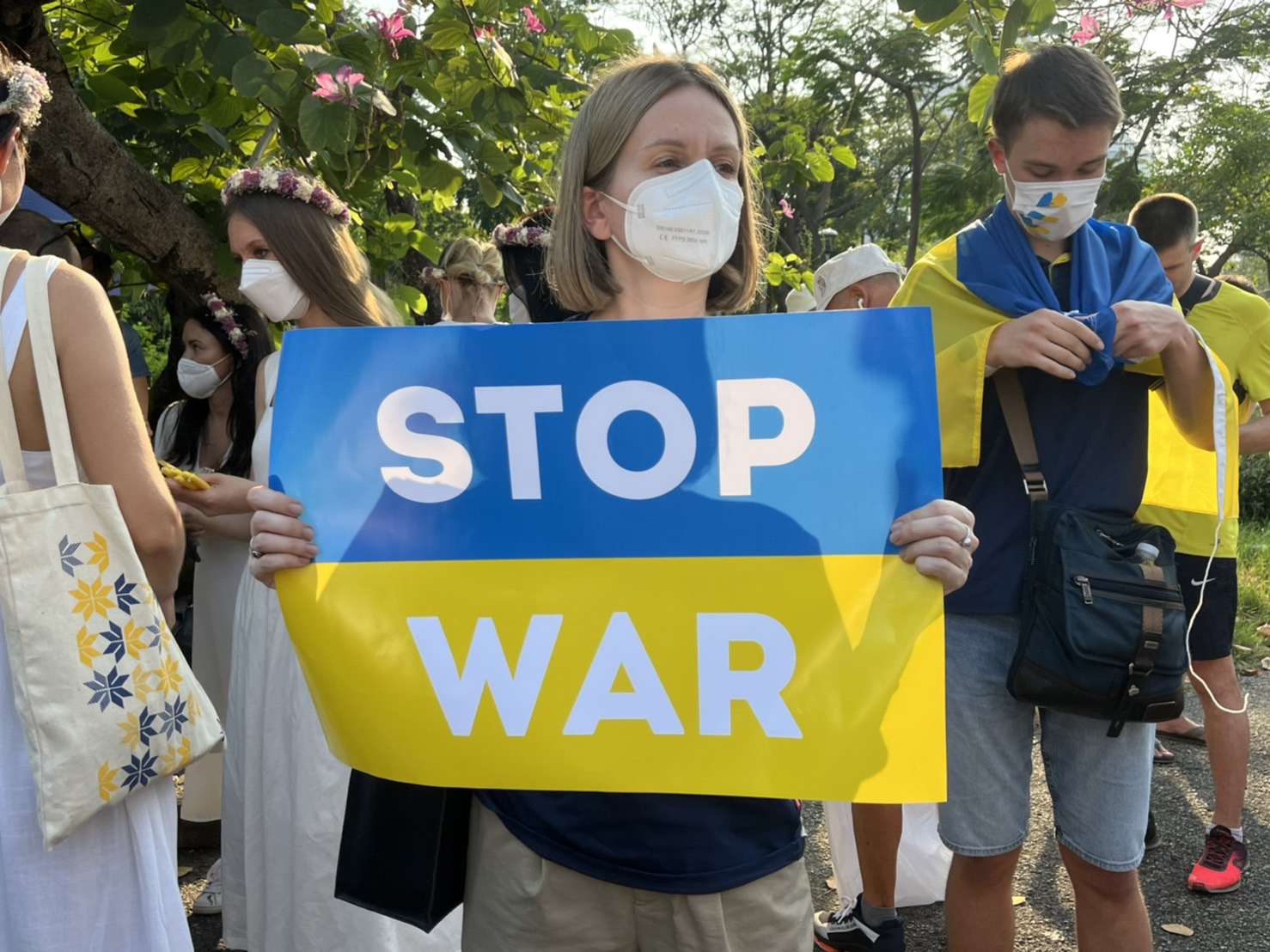 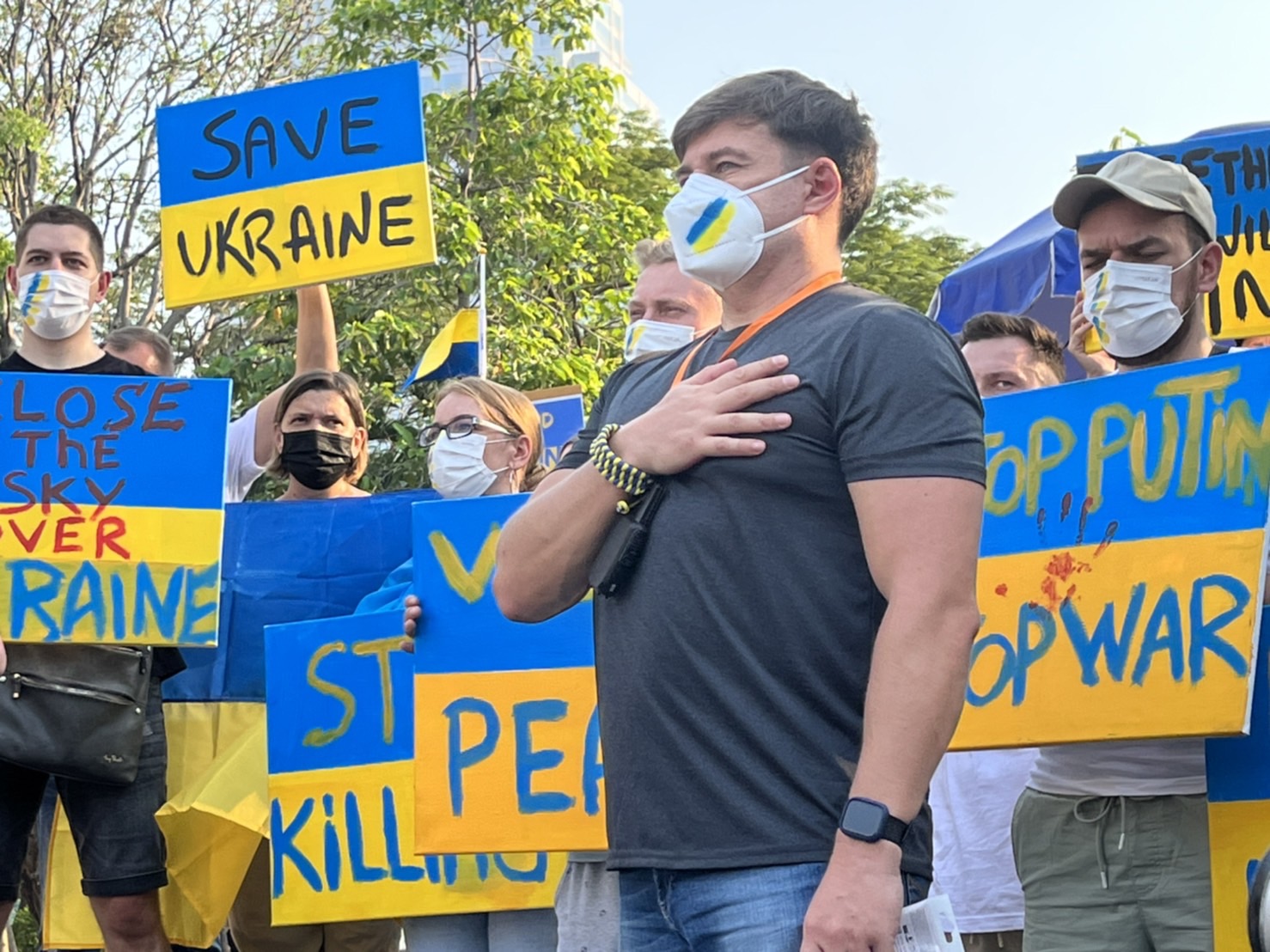 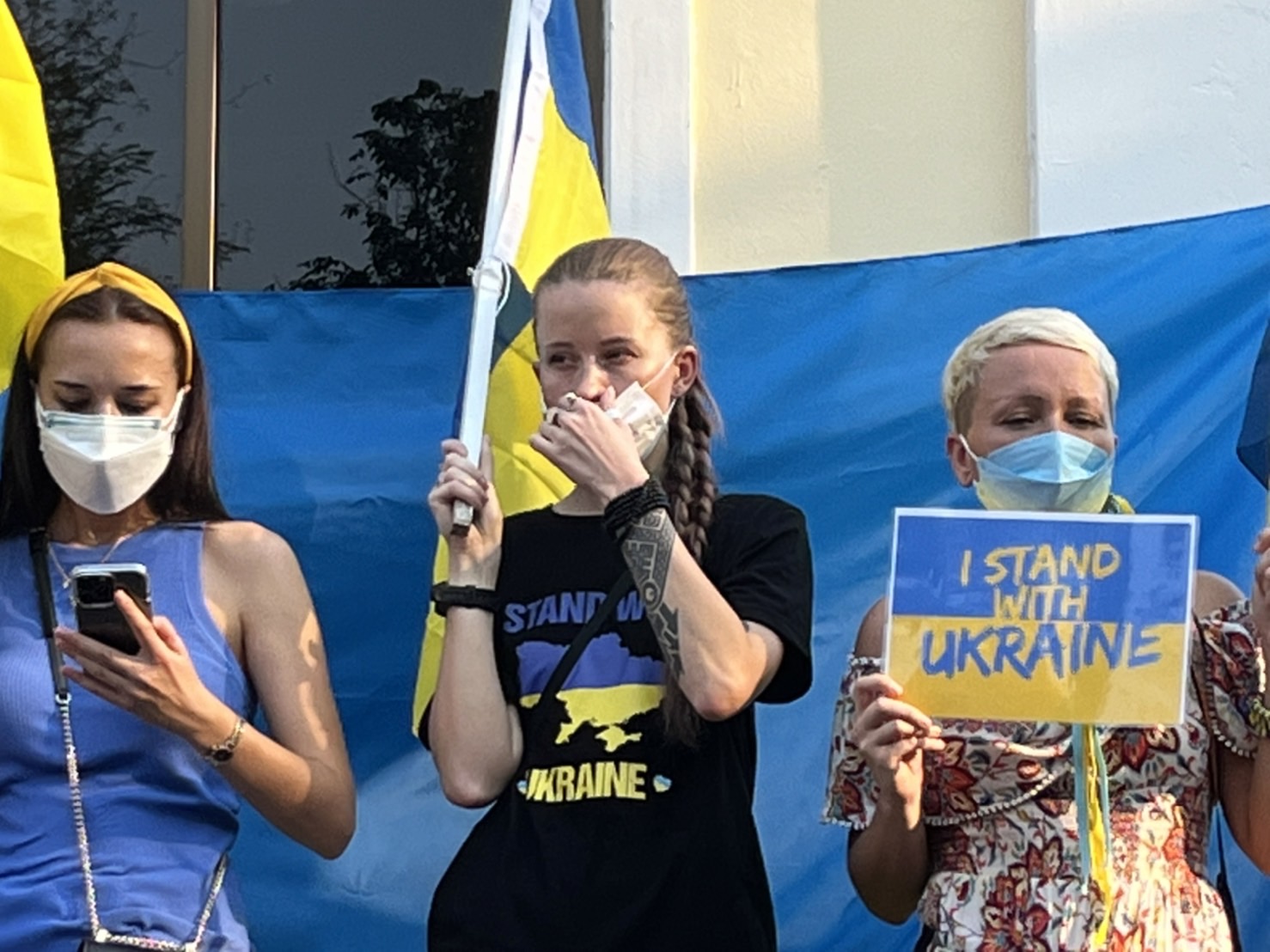