The Russia-Ukraine crisis has already hit Thailand's import and export trade, with both manufacturers and consumers suffering the indirect results of rising oil prices causing a spike in inflation, the government said on Sunday.

Close analysis of downward trends in trade volumes since the fighting broke out reveal a correlation that most exports attribute to the volatility in the value of the Russian ruble, said Deputy Prime Minister and Commerce Minister Jurin Laksanawisit.

As a result, Thai businesses have reduced volumes of trade to mitigate against the increased risk of price fluctuation in a trend that is being repeated all around the world, he said.

Additionally, crude oil has now risen in price to more than US$100 per barrel following the Russian army's further incusion into Ukranian territory, he added.

Currenly, all ministries are working together to come up with ways to dampen rising costs and spare both producers and consumers from the worst of the economic fallout resulting from the conflict, he said.

The government will also put extra resources into enforcing laws prohibiting price gouging which have always been in place regardless of fluctuations in market prices, he added.

Mr Jurin said the government will continue its policy of strict price controls on vital consumer staples which have been grouped into 18 categories, however the situation in Eastern Europe plays out, he said.

The average price of pork, for instance, has been capped at 150 baht per kilogramme, he said. 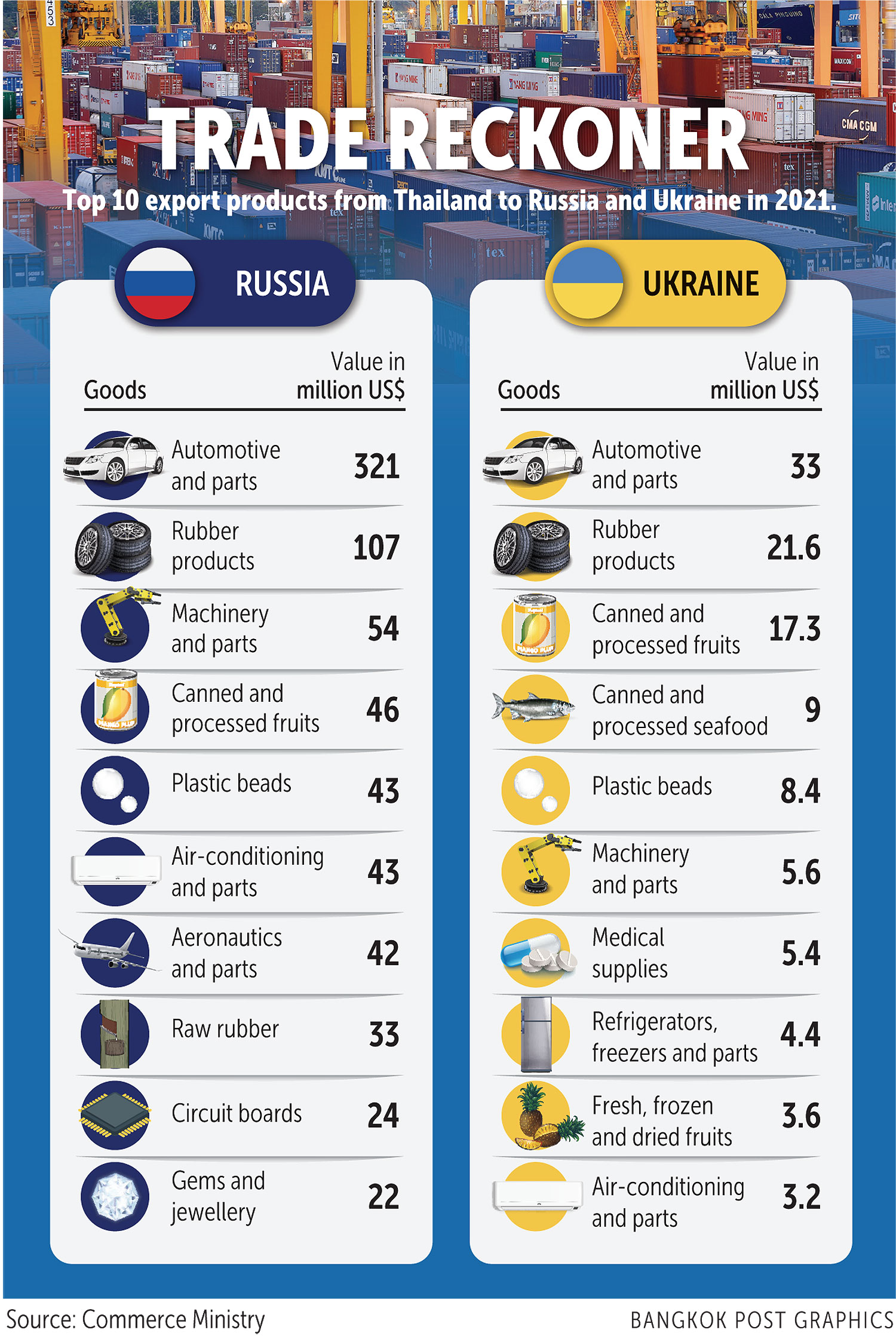 Equally, Mr Jurin defended caps placed on the prices of various electric home appliances, such as refrigerators, fans and rice cookers, as being being guided by their universal necessity and the impact that changes in more expensive items can have on the overall cost of living figures.

Former finance minister Korn Chatikavanij, meanwhile, used a Facebook post to urge to reiterate a similar message as he called on the government to act decisively before people's livelihoods were threatened by the economic fallout from the fighting.

Extra measures must quickly be implemented to assist vulnerable groups, he said, adding that the headline consumer price index in February had jumped by 5.3% year-on-year.

The Commerce Ministry admitted last week that the rise, led by high fuel and fresh food prices, was the highest since 2008 and more than expected.

In another development, the senior executive vice-president of the Bank for Agriculture and Agricultural Cooperatives (BAAC), Somkiat Kimawaha, said prices of certain agricultural and farm products had also increased last month.

Fifty-five Thais who flew to South Korea's Jeju island with a package tour group last week have disappeared and it is suspected they were illegal job seekers, known as "little ghosts".

BEIJING: Chinese forces carried out fresh military drills around Taiwan on Monday, Beijing said, defying calls for it to end its largest-ever exercises encircling the democratic island in the wake of a visit by US House Speaker Nancy Pelosi.

Latest developments in the Russian war on Ukraine: