Tributes to the late Australian cricket player Shane Warne are seen outside Samujana Villas on Koh Samui on Monday after the sportsman died of a suspected heart attack on Friday after being found unresponsive in the luxury resort. (AFP photo)

Australian cricket great Shane Warne's death on Koh Samui last week was due to natural causes, police said on Monday, citing the results of an autopsy.

Warne's family had been informed of the result and had accepted the finding. Warne's body would be transferred to Australian consular officials for return to his family, deputy police spokesman Pol Col Kissana Phathanacharoen said in a statement.

"Today investigators received the autopsy result, in which the medical opinion is that the cause of death is natural," Pol Col Kissana said.

"Investigators will summarise the autopsy result for prosecutors within the timeframe of the law."

Warne, one of the finest spin bowlers of all time whose talent and personality transcended the sport, died aged 52 on Friday.

His death prompted an avalanche of tribute from and beyond the cricketing world with Australian Prime Minister Scott Morrison describing him as "one of our nation's greatest characters." 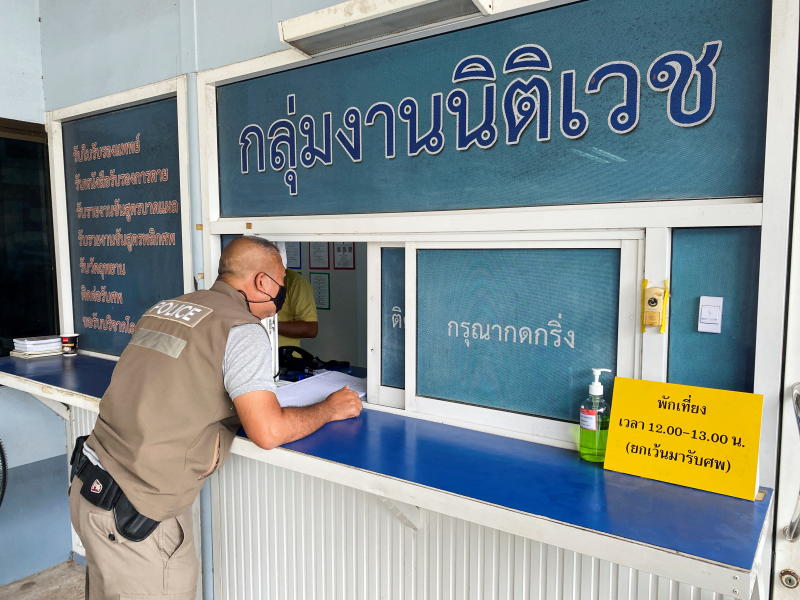 A police personnel picks up the autopsy result of Australian cricketer Shane Warne, ahead of a news conference following his death, at Surat Thani Hospital in Muang district of Surat Thani province on Monday. (Reuters photo)