A committee studying a fighter jet procurement plan has concluded that Thailand should buy fifth-generation fighters from the United States, as they are best suited to the country's needs, AVM Prapas Sornchaidee, spokesman for the air force, said. 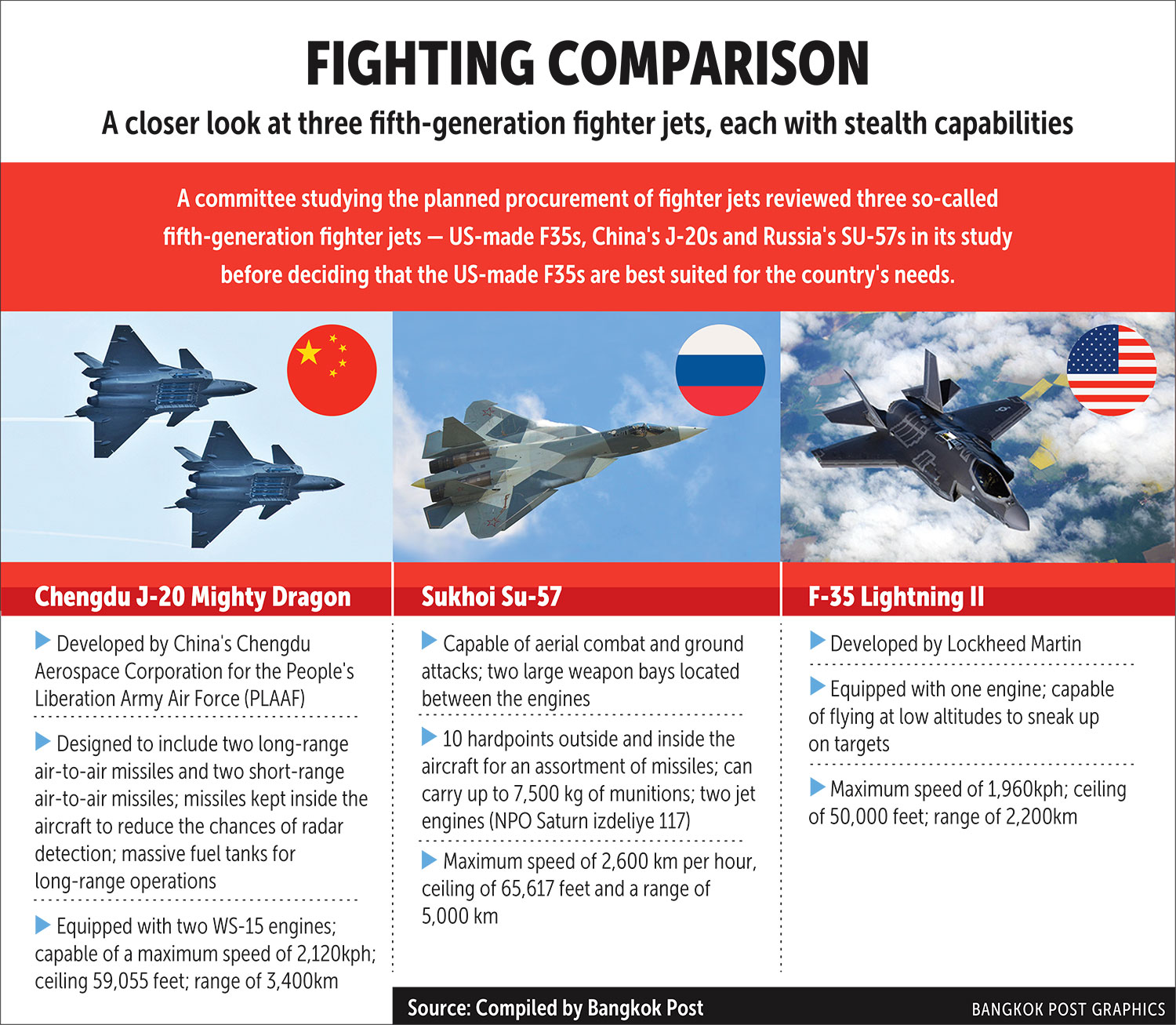 AVM Prapas said the panel headed by deputy air force chief ACM Thanasak Metanan has reviewed the air force's strategies, missions and operation plans and decided on the key capabilities the new aircraft must have.

"These capabilities include Network Centric Operations, counter-air strikes, surveillance and reconnaissance, long-range operations and effective control of air operations, which are featured in fifth-generation fighters," he said.

He said the panel, which was formed on Jan 10 this year, has also laid out five points to be considered by the air force when choosing the new jet. They include the reliability of the aircraft and systems, the air force's budget, delivery deadline, and technology transfer offers.

AVM Prapas said the committee has carefully studied the procurement scheme and made evaluations based on its capabilities, worthiness and national security.

In an earlier news report, he said the type of aircraft to buy would be decided by two committees tasked with assessing the suitability of different aircraft.

It is reported that the Thanasak panel has also reviewed three so-called fifth-generation fighter jets -- the US-made F35, China's J-20 and Russia's SU-57 in its study.

The report is expected to be submitted to air force commander ACM Napadej Dhupatemiya early next month.