Police expected to wrap up investigation on Friday

Warinthorn Watsang, alias Anna TVpool, a close friend of late TV actress Nida "Tangmo" Patcharaveerapong, speaks to reporters as she and another friend arrive at Provincial Police Region 1 on Tuesday to give their statements. (Photo: Apichit Jinakul)

A close friend of Nida “Tangmo" Patcharaveerapong insisted on Tuesday the drowned TV actress never used illicit drugs and never accepted payment to "entertain" a guest, with police now expected to wrap up the case on Friday.

Warinthorn Watsang, alias “Anna TVpool", and Poodle Yuppadee, known as “Poodle TVpool", on Tuesday arrived at the Provincial Police Region 1 office in Bangkok to give their statements to investigators. The pair were close friends of the late actress.

Anna, a transgender and entertainment reporter, said she would cooperate fully with police and had faith in their handling of the case.

Anna made it clear to reporters that Tangmo had never used illicit drugs. She also had never accepted payment to "entertain" guests. If she had accepted such offers, she would not have had debts, Anna said.

Tangmo, 37, was with five other people on a speedboat on the Chao Phraya River going from Krung Thon Bridge in Bangkok to Rama VII Bridge in Nonthaburi. She fell into the river near Pibul 1 pier in Muang district of Nonthaburi province around 10.40pm on Feb 24.

Rescuers found her body near the pier in Nonthaburi on Feb 26.

Asked whether Tangmo was lured onto the boat to be taken to entertain someone, Anna said another person could give that answer because she dealt with getting the actress work.

Tangmo trusted this person and never asked for details other what she would have to do, Anna said.

Anna did not mention the name of the person, but it was understood she was referring to Tangmo's manager, Idsarin “Gatick” Jathusaksawat.

During a TV talk show on Channel 7 last week, former Special Branch police officer Santhana Prayoonrat said he did not believe the actress went to relieve herself at the back of the speedboat, as had been widely reported, and fell into the river. He had learned there might be another player in this case and there was a senior figure staying at a luxury riverside hotel that night.

Anna said Tangmo knew only Ms Idsarin. She had not previously known the other people on the speedboat. She suggested "society" check why some photos on the actress’s Instagram account had been removed and what were the comments under those photos.

Anna dismissed suggestion of a rift between her and Tangmo’s mother Panida Siriyuthaothin, saying she still respected the woman.

Ms Panida said earlier in an interview with the popular Hone Krasae programme on TV Channel 3 that she forgave speedboat owner Tanupat and driver Phaiboon for her daughter's death, but not the others on the boat. She said she would accept compensation from Tanupat and mentioned a figure of 30 million baht.

Her remark about the size of the compensation she calculated she was owed drew a shocked response from netizens and friends of Tangmo, and criticism.

Pol Maj Gen Udom Yomcharoen, deputy chief of the Provincial Police Region 1, said on Tuesday that national police chief Pol Gen Suwat Jangyosuk would meet with police investigators, forensic officers and others for a briefing on progress in the case later on Tuesday.

It was expected to be the last such meeting. The national police chief would give guidelines for concluding the case after the investigators had cleared up all doubts, said Pol Maj Gen Udom. Investigators had taken statements from 71 people, he said.

A police source said the investigators would conclude that Mr Tanupat and Mr Phaiboon had acted recklessly and caused the actress's death. The investigation was expected to be wrapped up on Friday, the source said.

Pol Gen Suwat earlier said the actress's death appeared to be an accident, from the evidence.

Thai media reported that the police investigators may consider filing charges against one of the boat passengers, Mr Nitas, for allegedly taking home a bottle of wine and throwing a wine glass into the Chao Phraya River on the night of the tragedy.

It was possible his action would be seen as helping or supporting others to conceal a wrongdoing.

Ms Wisapat may face a charge of recklessness similar to the boat owner and the boat driver.

During questioning, the five apparently tried to cover up some aspects. Investigators may take the view they were giving false statements, according to Thai media. 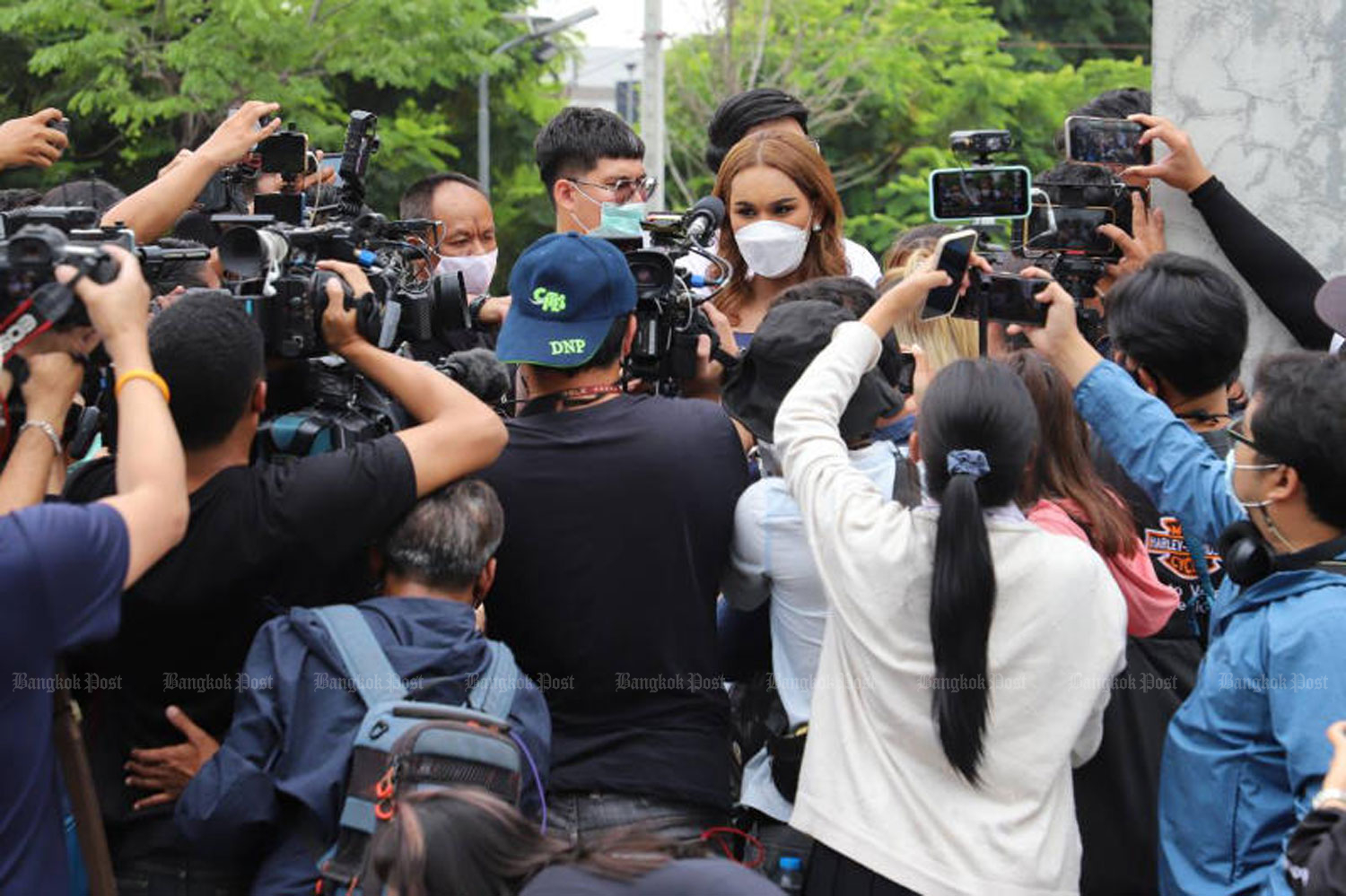