Members of Thai labour rights groups took to the streets to march for labour rights on International Women’s Day in Bangkok on Tuesday.

The group also called demanded the ratification of the Maternity Protection Convention No 183, the International Labour Organisation's most up-to-date and comprehensive standard on maternity protection. Under the convention, all employed women, including those in atypical forms of dependent work, should be covered for pregnancy, childbirth and their consequences.

Thailand became an ILO member in 1919 but has yet to ratify convention No 183, according to ILO data.

On Tuesday, people taking part in the rally marched from the Democracy Monument to Government House, and organised activities to promote equality and protection of women's rights. 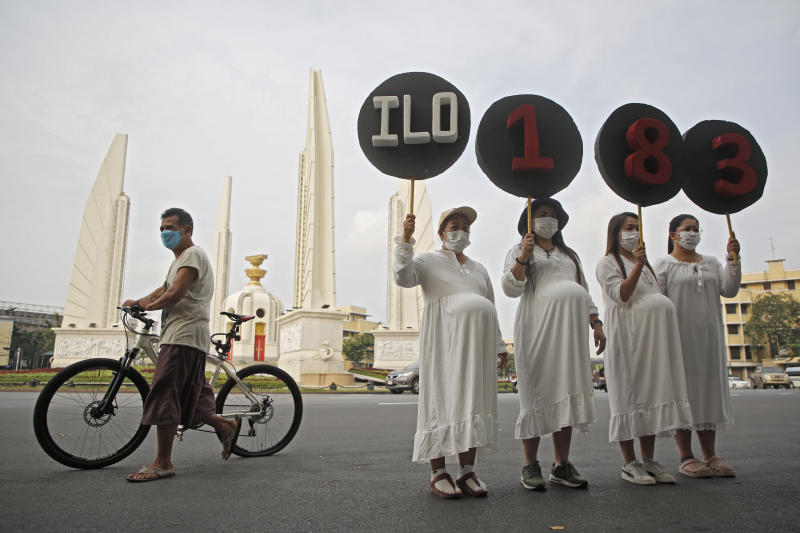 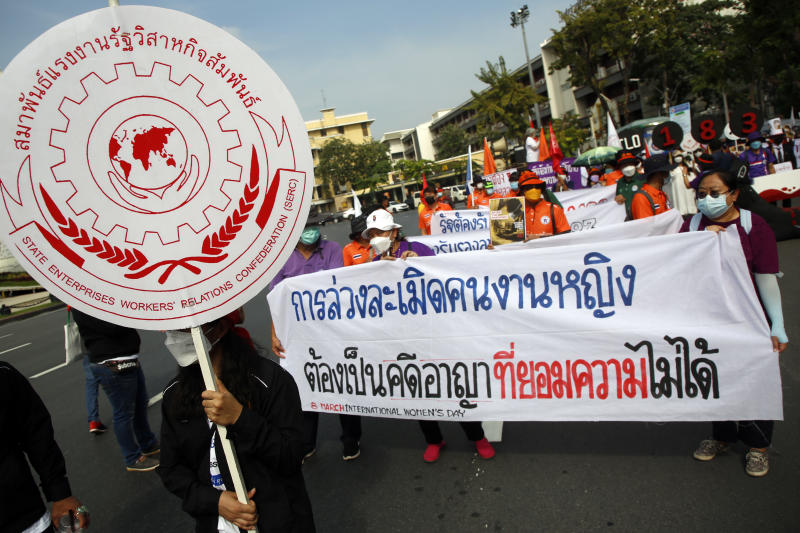 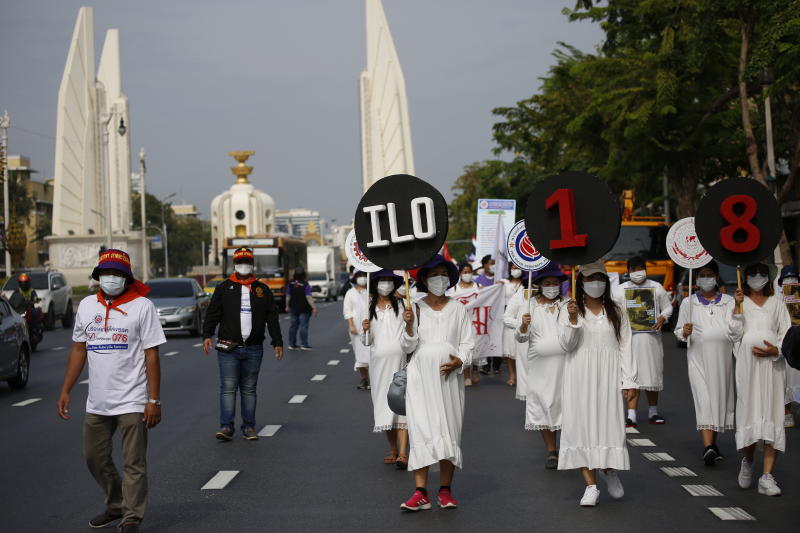 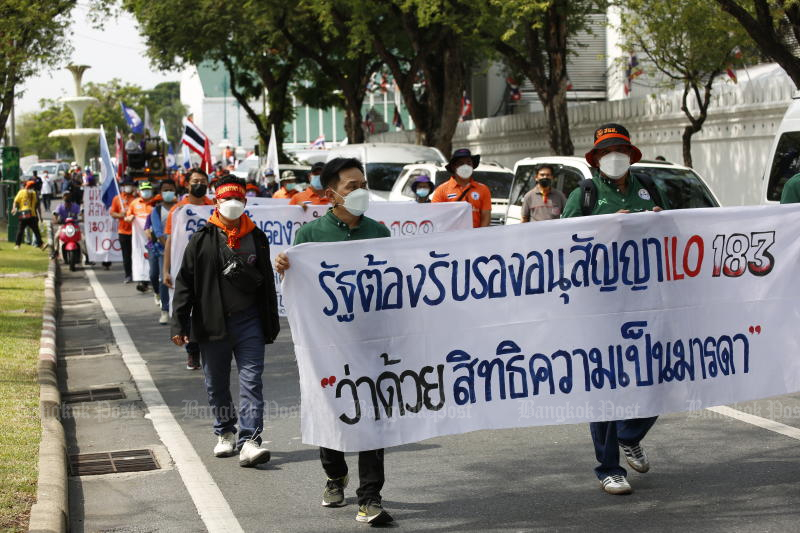 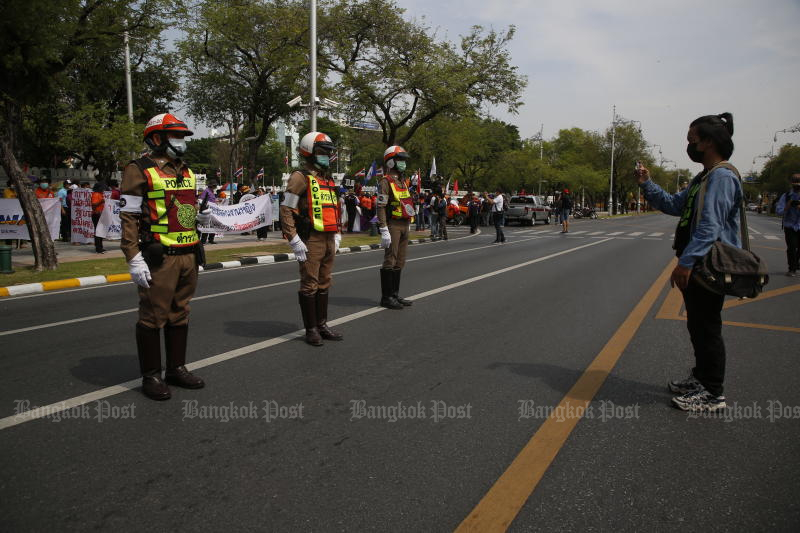 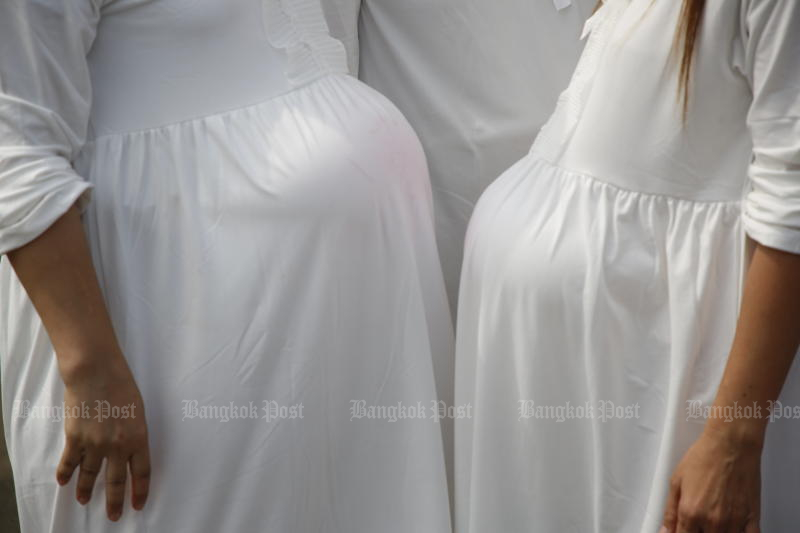 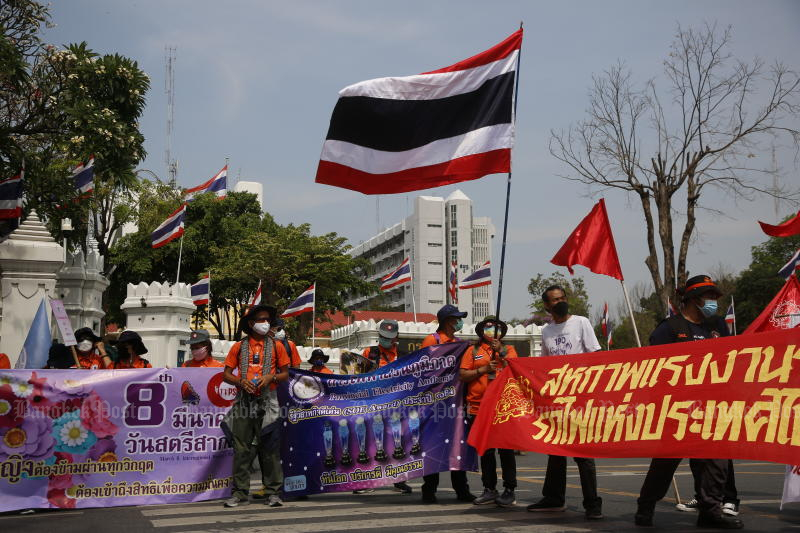 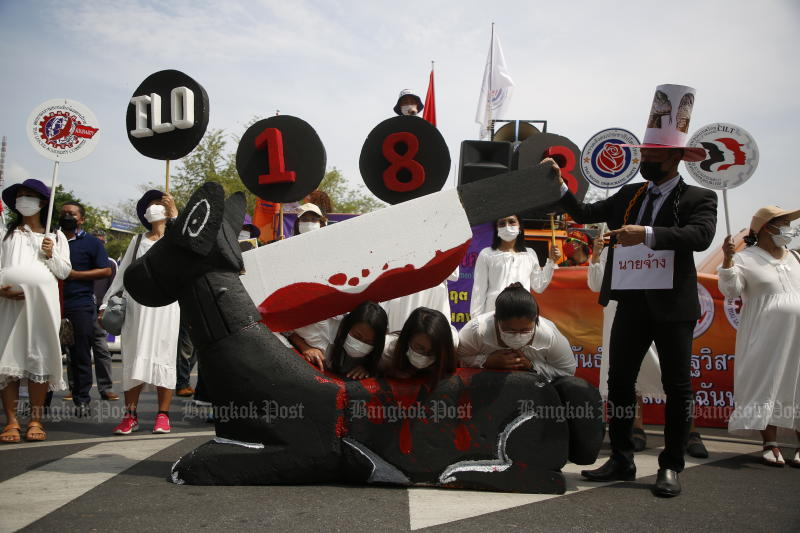 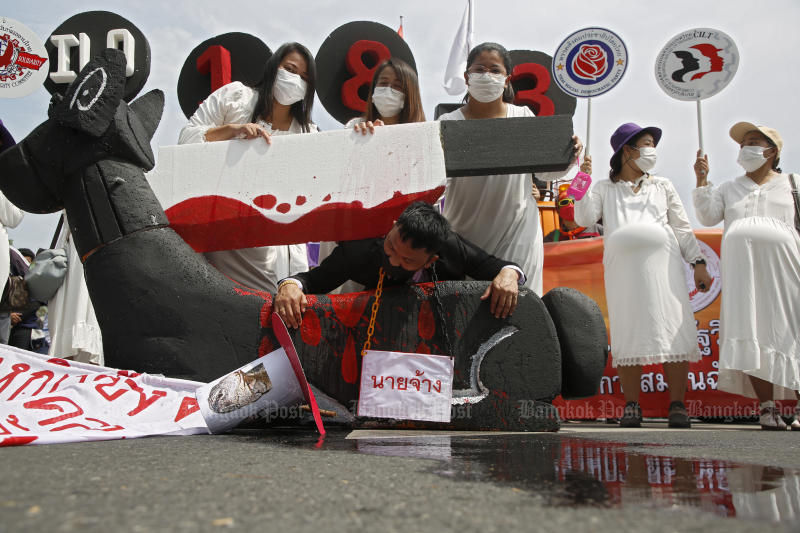 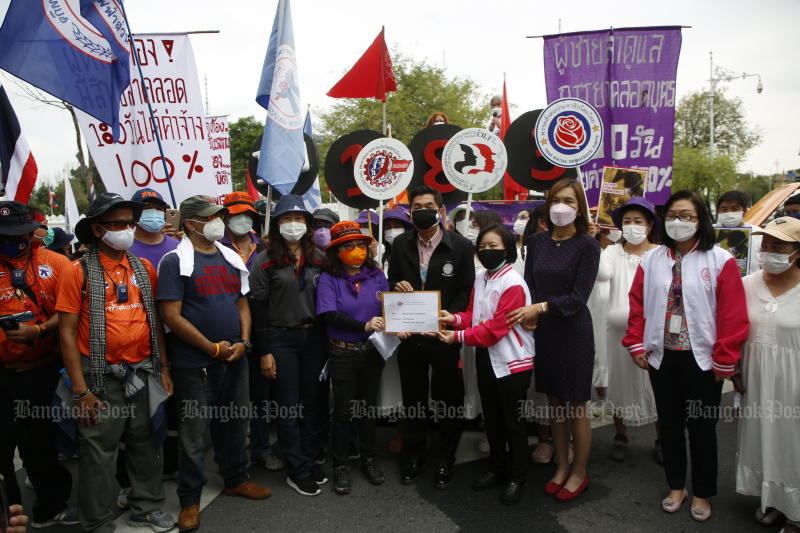