Flames rise from the starboard side of the tanker Smooth Sea 2 at the IRPC pier, as firemen spray water on the burning ship, in Phra Pradaeng district of Samut Prakan on Wednesday morning. (Photo: Fire & Rescue Thailand Facebook)

Burned human remains were found as rescuers scoured the fire blackened oil tanker Smooth Sea 2 for a missing man after firemen extinguished a blaze on board the vessel, which was moored at a pier in Samut Prakan, on Wednesday.

One person was confirmed seriously injured and was being treated in hospital. Two other men received minor injuries.

One person had been reported missing. It was not known if his were the remains found by Natthakit Pornnimitthep, of the Ruamkatanyu Foundation.

Mr Natthakit said he found a head, a right leg, a right arm and a left ankle. All were badly burned. The rest of the body was missing, he said.

The Marine Department would send a team to search for the rest of the body. The recovered remains were being sent to the Forensic Institute for examination, Mr Natthakit said.

Officials said no identification had been made from the body parts.

Deputy Minister of Transport, Atirat Ratanasate, inspected the scene of the fire at the pier in Phra Pradaeng district. He ordered a rapid inquiry into the cause of the fire.

Mr Atirat said the first priority was to find the missing person. All three injured people were taken to hospital and were believed to be safe.

He said about 200 households in three adjoining communities had been affected by the fire and smoke and vapour pollution and the company would have to compensate them.

Authorities were checking whether dangerous levels of oil or gas vapour remained on the vessel, he said.

The scene of the fire and the IRPC Co pier on Suksawat Road in tambon Bang Khru would be cordoned off for inspection.

Pol Maj Gen Chumphon Phumphuang, chief of Samut Prakan police, said police would accept complaints from nearby residents affected by the blaze. People should take photos of any damage to include with their complains, which could be filed with Phra Pradaeng police.

The fire began around 9am on the Smooth Sea 2, which was moored at the IRPC Co pier on Suksawat Road in tambon Bang Khru.

Marine Department deputy director-general Sompong Jirasirilert said one man, Peerakarn Pongsa, was seriously injured and was being treated at Bang Pakok Hospital 3. One man was missing. He was Sankadiyapong Sa-nguanphan.

Mr Sompong said the blaze had been brought under control and there were no oil leaks into the Chao Phraya River. The Samut Prakan marine office had been instructed to inspect the fire-damaged tanker.

The Thai flagged vessel left Rayong province on Tuesday and arrived at the IRPC pier around 8pm that night. The captain is Paramet Prasertwong.

Firemen based at the pier took about 30 minutes to bring the fire under control. Rescuers were searching for the missing man.

One of the crew, Ratthaphum Rattanachan, said the ship was preparing to leave the pier. There was a sudden explosion in the middle of the vessel. That was followed by a loud bang and then flames.

Mr Ratthaphum confirmed one person was seriously hurt and taken to Bang Pakok Hospital 3. He and another man suffered minor wrist injuries, he said. One worker was still missing, he confirmed.

Police were investigating the cause of the blaze. 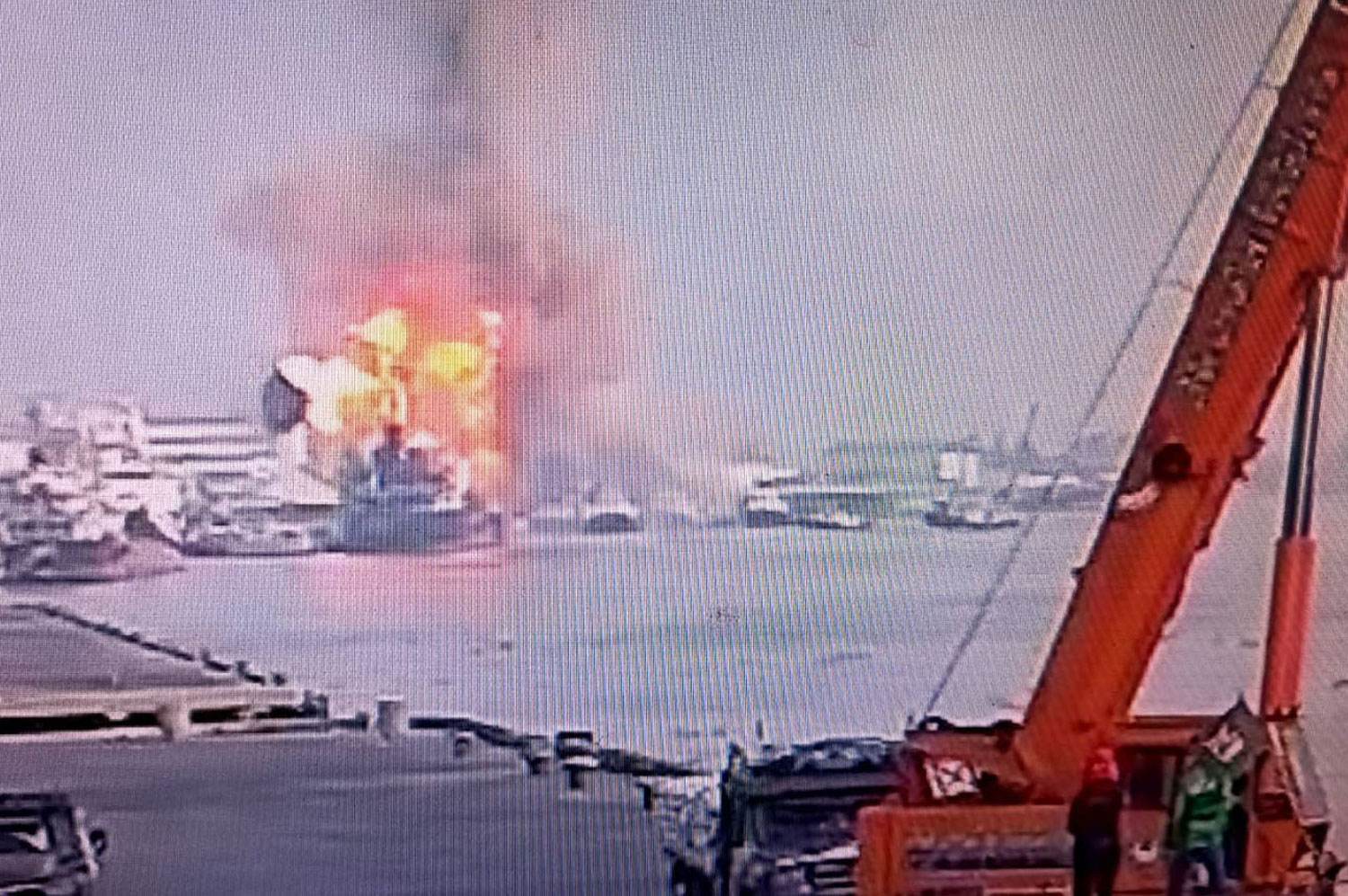 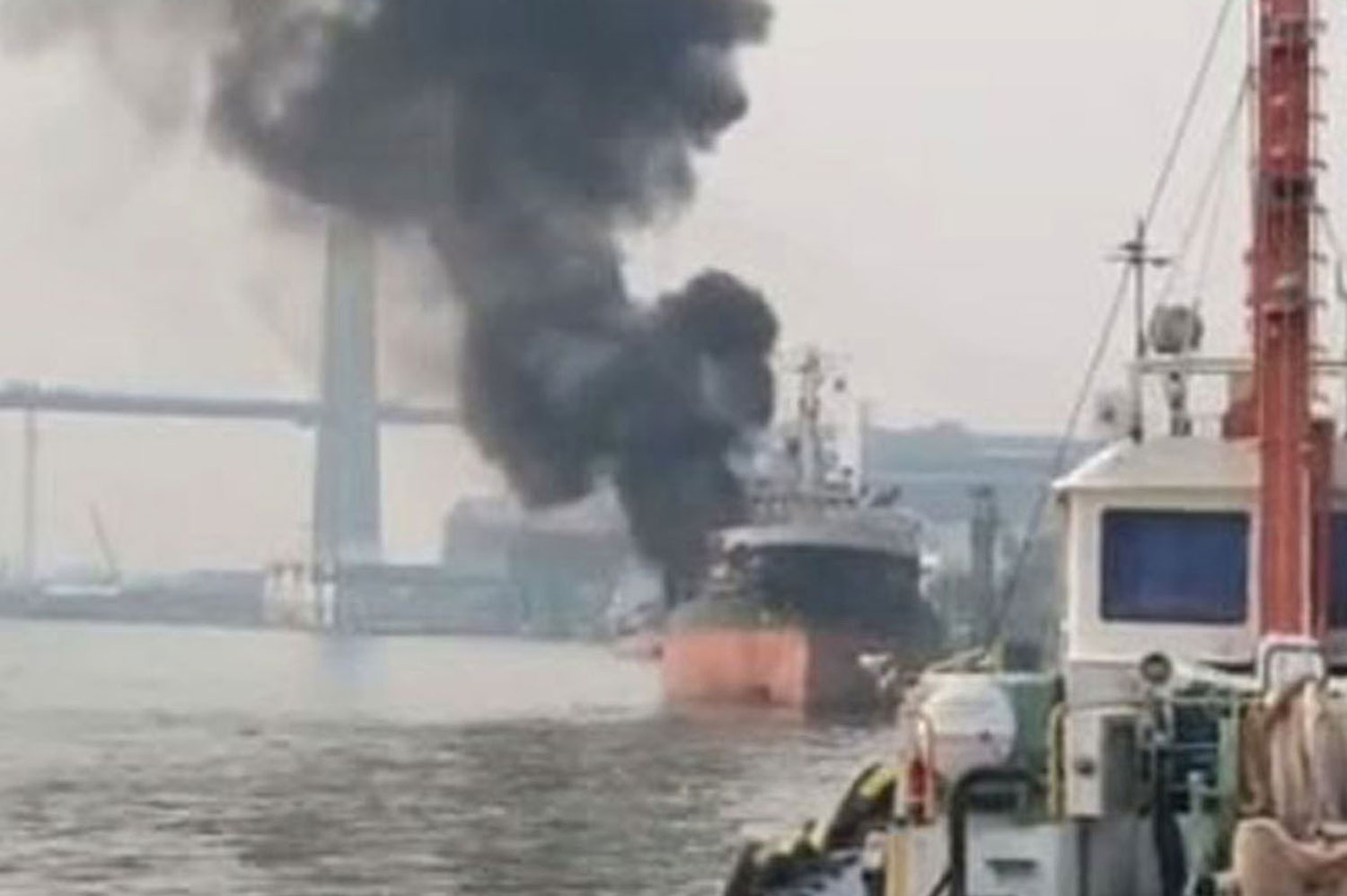 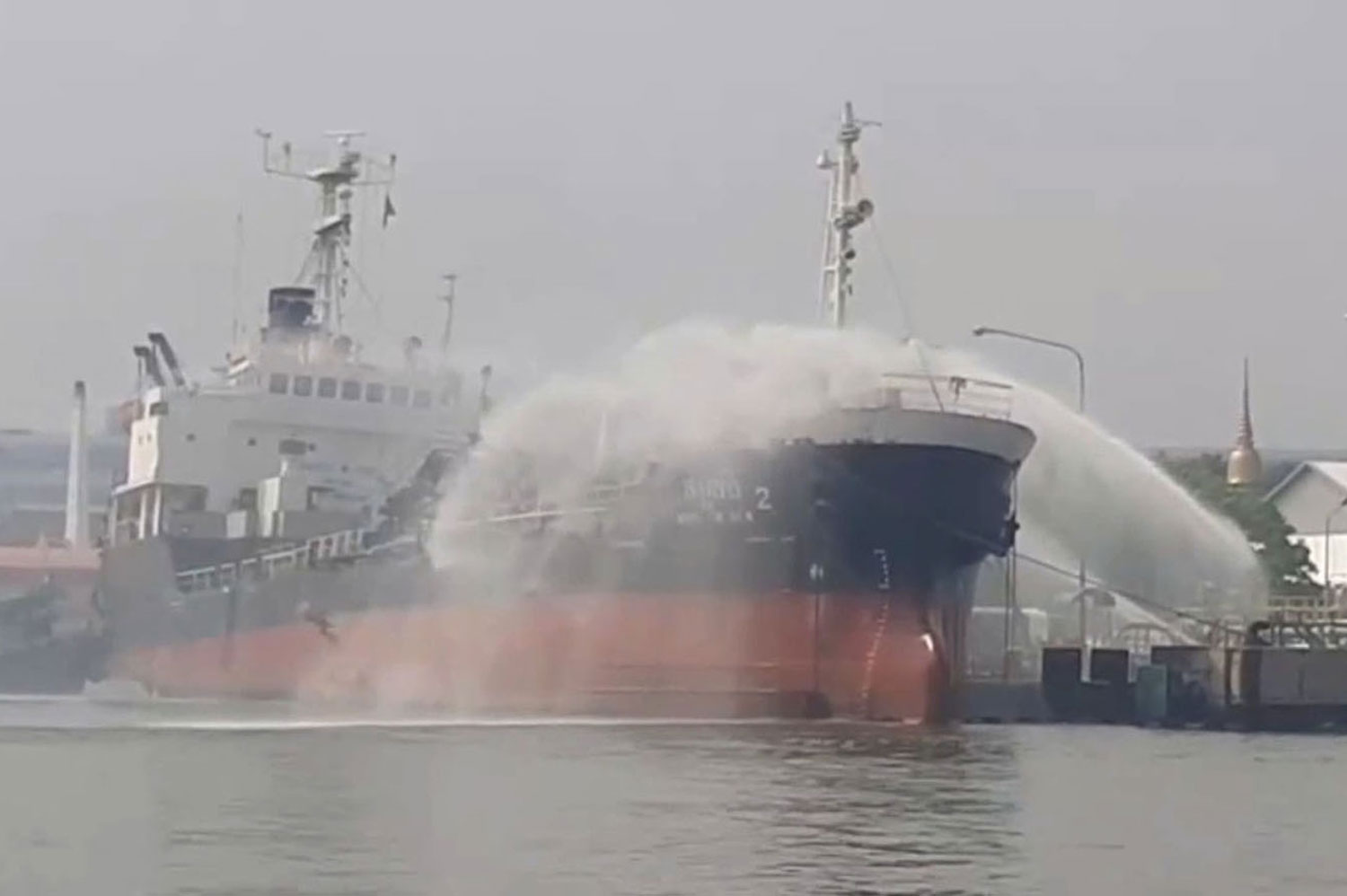