The minister of natural resources and the environment has issued new regulations to protect the century-old Yang Na trees which line the iconic Chiang Mai-Lamphun highway. 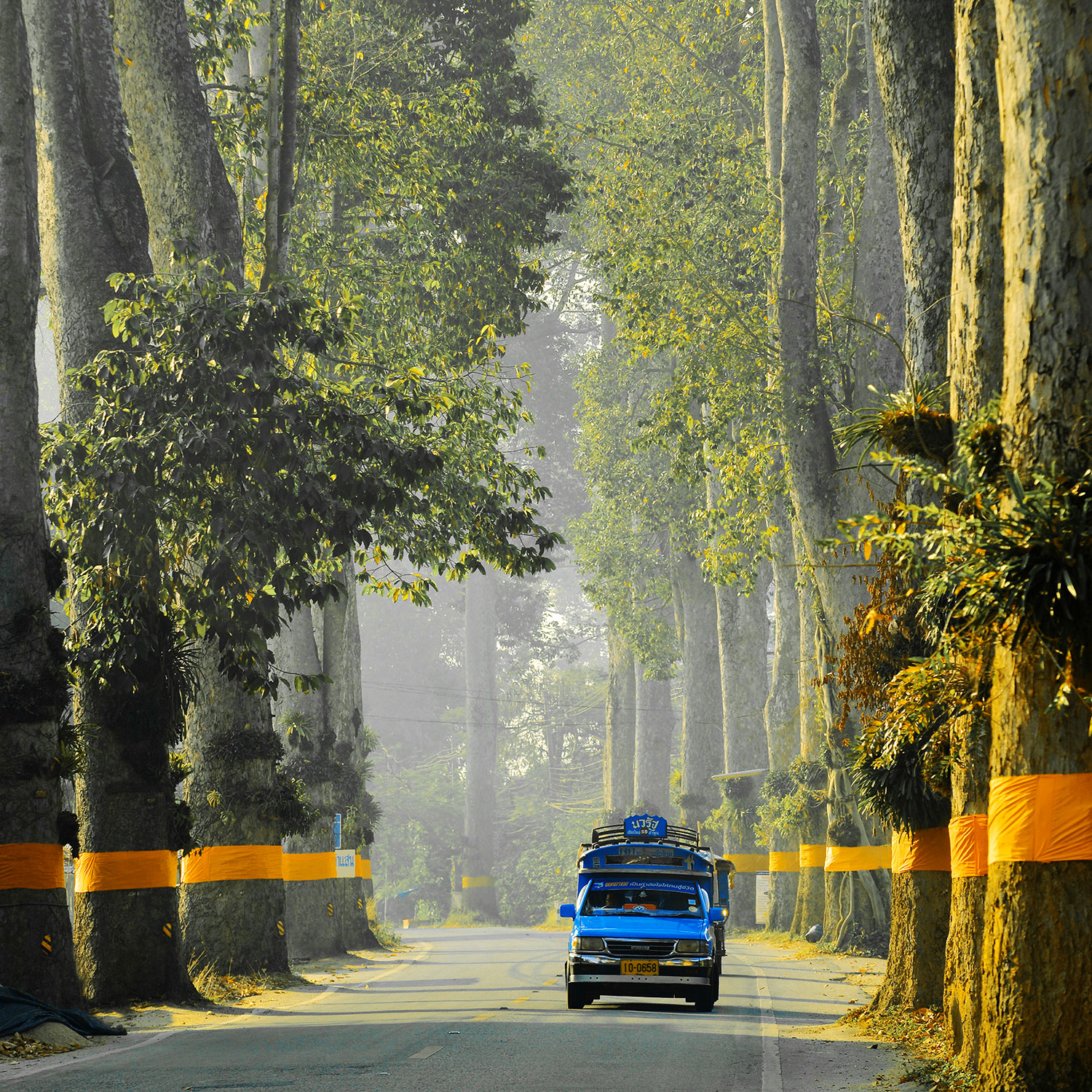 They include bans on construction work and any other activities which could negatively affect their roots or branches.

The ministerial notice has been published in the Royal Gazette and came into effect immediately after it was signed by Natural Resources and Environment Minister Varawut Silpa-archa yesterday.

The nine-kilometre stretch of Highway 106 has more than 900 Yang Na trees, many of which are over 150 years old.

The new rules allow only the government to authorise cutting or trimming the trees, and prohibit all potentially damaging activities -- such as waste dumping or chemical drainage -- in their vicinity.

No new construction permits will be issued for that section, and construction will be severely restricted on the rest of the route.

Permitted buildings must have at least 90% of their surfaces in colours that blend with their natural surroundings.

The Chiang Mai-Lamphun road (Highway 106) is known as one of the most beautiful road routes in the kingdom, especially for the towering Yang Na trees (dipterocarpus alatus) that line the route.

About 2,000 trees were planted in 1899 during the reign of King Rama V and then later reclassified as a protected species due to their high market value.

Over the years, several local authorities have tried to cut them back, citing that some had died or a need to widen the highway in the area.

But locals joined hands with activities to protect the road, now a Chiang Mai landmark with 955 trees adorning much of its curbside.