A sandy beach, known as Had Hae, has emerged after the level of the Mekong River fell in That Phanom district of Nakhon Phanom province. The attraction is drawing crowds of tourists but locals say it might be under water again by May. (Photo: Pattanapong Sripiachai)

NAKHON PHANOM: Tourists thronged a sandy beach on an island in the Mekong River on Saturday, generating hundreds of thousands of baht a day at the attraction in That Phanom district.

Had Hae beach, in tambon Nam Kam of this northeastern province, became accessible to tourists last month after the level of the Mekong River fell.

Local residents have turned the island into an attraction with makeshift stalls to sell food, drinks and other goods. Jet skis, banana boats and rubber rings are available for rent.

More than 300 visitors were seen at Had Hae beach on Saturday, and are expected to generate several hundred thousand baht in sales for local businesses over the weekend.

Many more are expected to flock to the attraction during the Songkran festival next month. The beach normally stays open only until May, said local residents.

The reopening of the beach has revived the local economy, which has suffered during the Covid-19 pandemic. Free boat services to the island are available but visitors must undergo temperature checks before boarding.

Local operators are reported to be earning between 20,000 and 30,000 baht a day each from sales to visitors.

The low water level in the Mekong has also exposed a rock formation said to contain footprints of the Lord Buddha in Tha Uthen district of Nakhon Phanom, which is also attracting a lot of visitors.

Outflow restrictions from Chinese dams upstream and lower-than-average rainfall have left water levels in the river and some tributaries lower than usual. 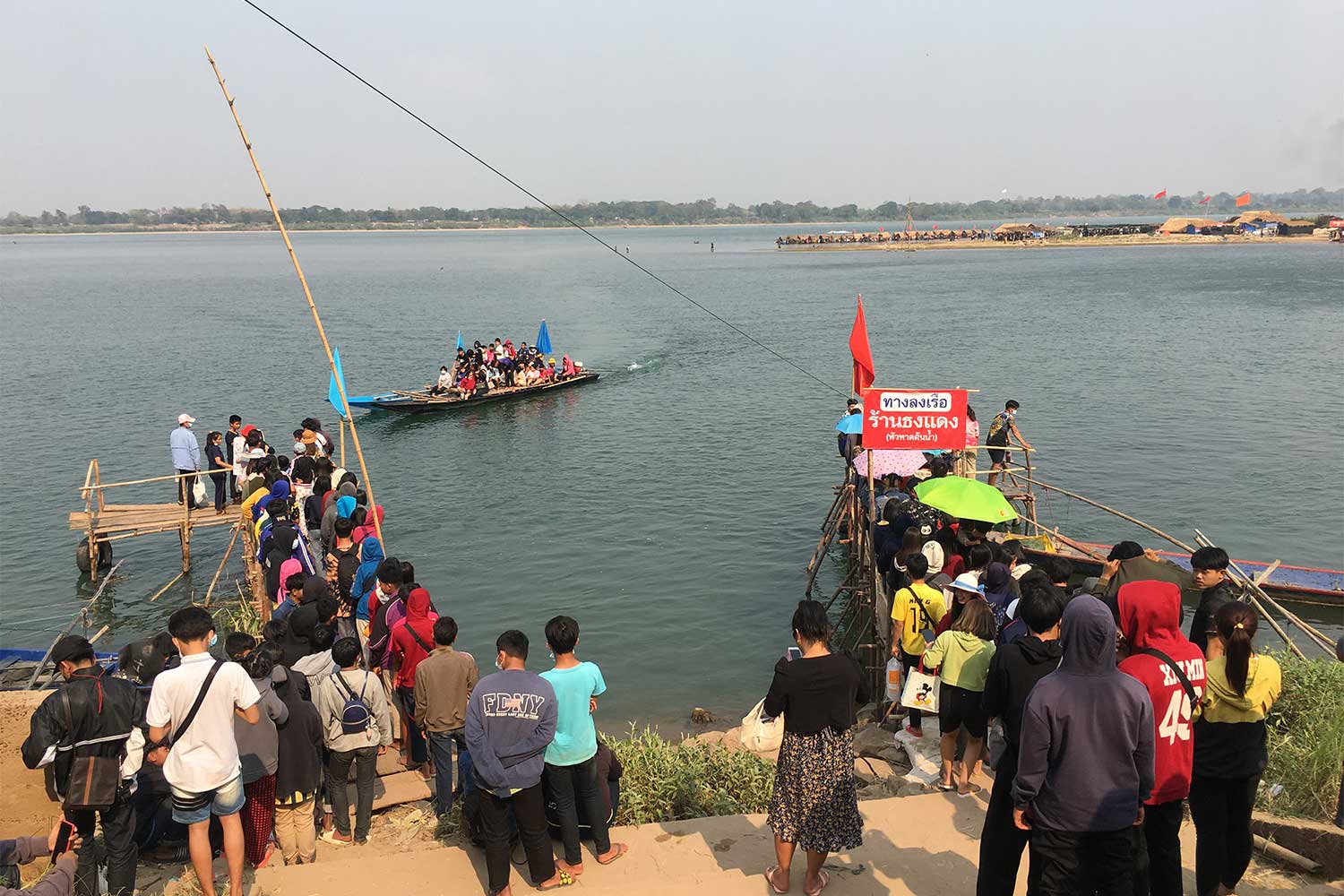 Tourists queue to take free boat rides to Had Hae island in the middle of the Mekong River. (Photo: Pattanapong Sripiachai) 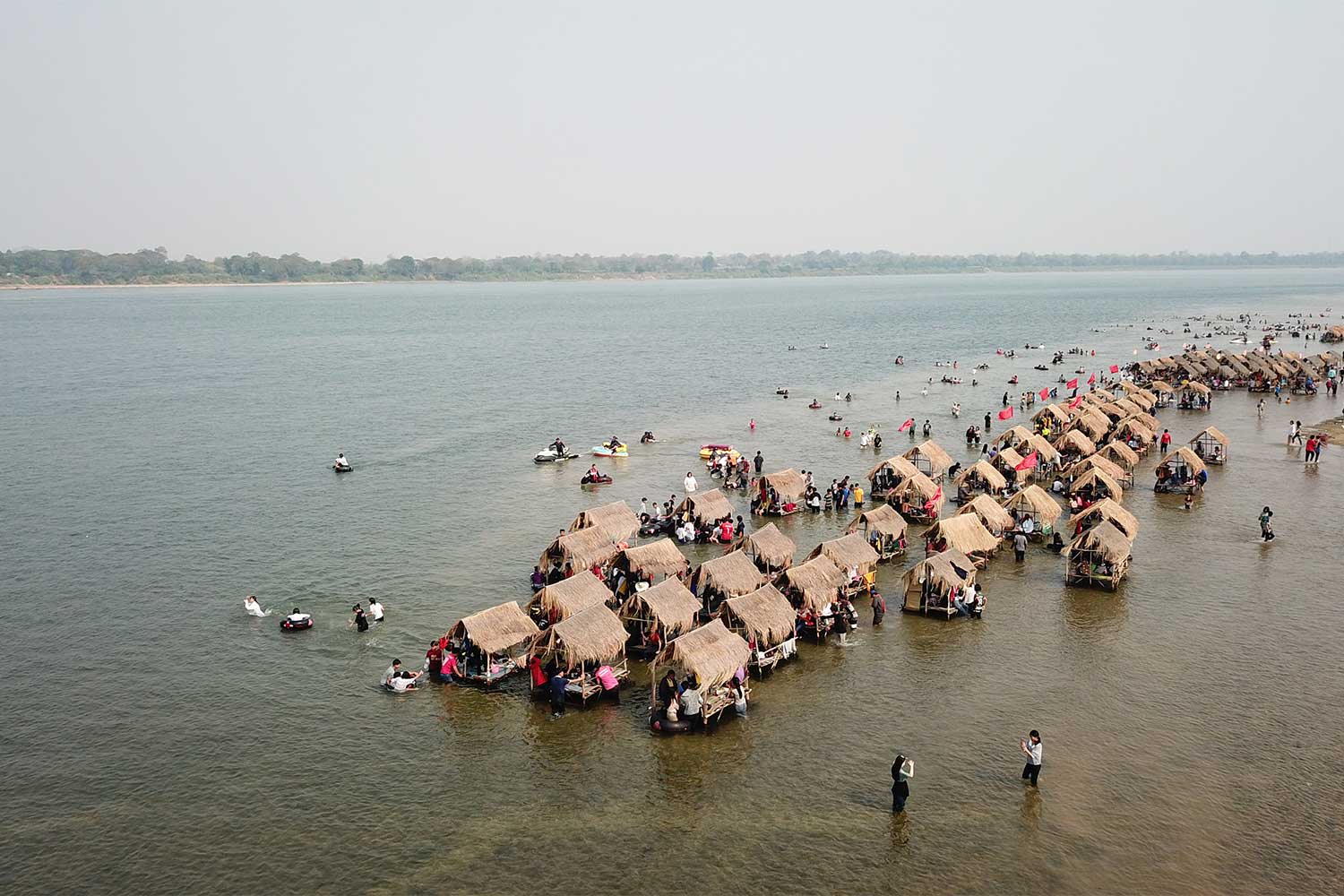 Many stalls have been set up at Had Hae beach. (Photo: Pattanapong Sripiachai) 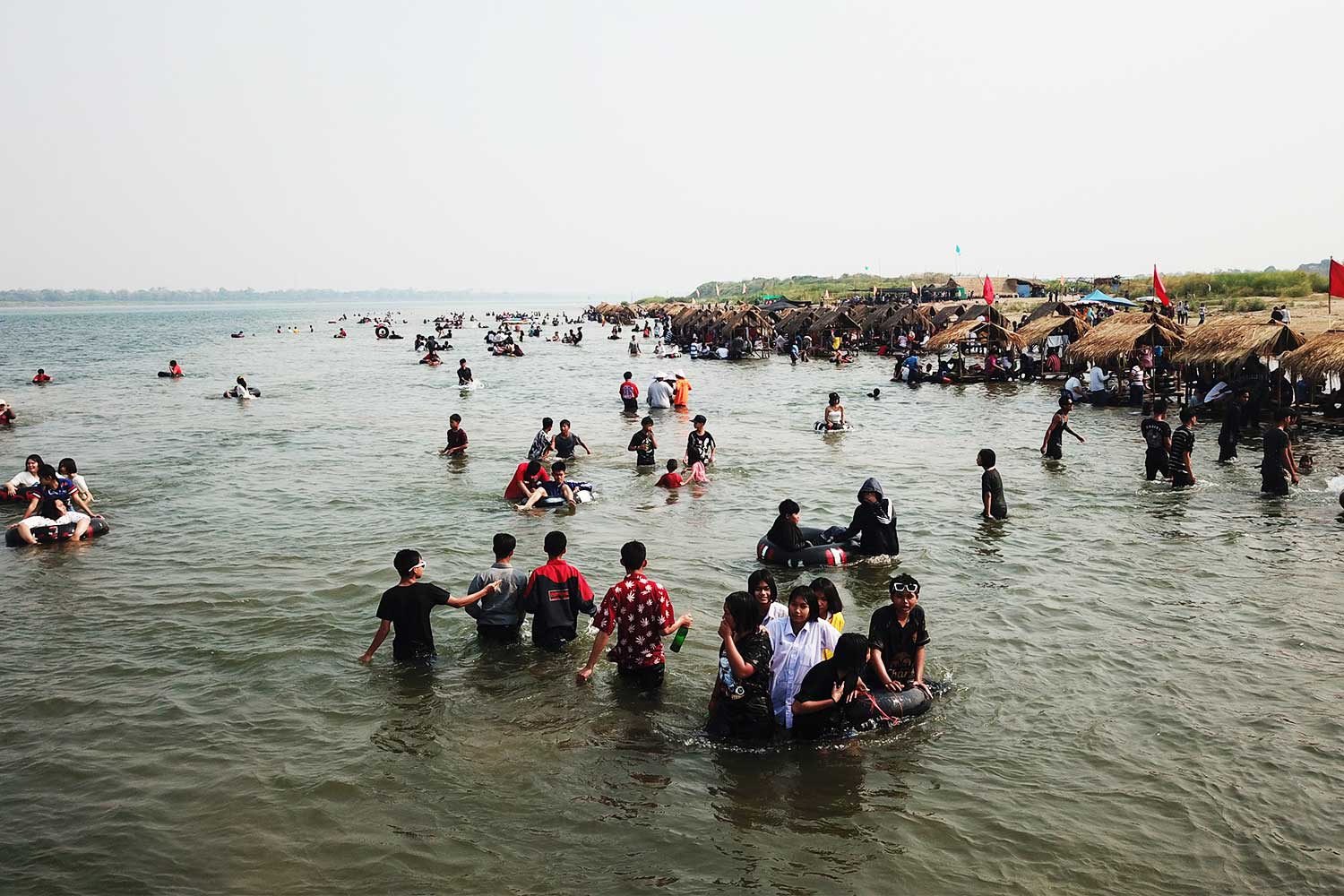 The iPhone 14 launched by Apple Inc in September was cheaper in Japan than 36 other major countries and regions in the world, a survey showed Wednesday.