Prime Minister Prayut Chan-o-cha has expressed concern over the Russian war against Ukraine that may affect the Asia-Pacific Economic Cooperation (Apec) summit in Bangkok.

Prime Minister Prayut Chan-o-cha has expressed concern over the Russian war against Ukraine that may affect the Asia-Pacific Economic Cooperation (Apec) summit in Bangkok.

Gen Prayut on Tuesday said preparations have not yet been made for the Apec summit this year. Currently, authorities were busy preparing other meetings that would take place before the summit.

“The holding of the meeting (Apec summit) depends on the Russia-Ukraine situation,’’ said the prime minister.

Gen Chalermpol Srisawat, chief of Thailand's defence forces, chaired a meeting with the military top brass at the Royal Thai Navy Convention Hall on Tuesday. It was the third meeting in fiscal 2022.

According to the armed forces’ press release, Gen Chalermpol had received security information from the armed forces and the Royal Thai Police. The armed forces had informed the meeting about preparations of their forces to counter terrorism and violence.

The armed forces, the police and concerned agencies must integrate their efforts and be on full alert to reduce impacts of all kinds of threats, the press release stated.

A source at the armed forces said Deputy Prime Minister Prawit Wongsuwon had held a meeting via video teleconferencing last month with intelligence agencies, the Special Branch Bureau and the armed forces' anti-terrorism centre to prepare for Apec 2022, which Thailand would host in November this year.

The meeting had evaluated different pressure groups in the country and abroad.

They included mobs and political groups calling for democracy, groups of people facing hardship, environmental activists, Myanmar demonstrators staging rallies to draw help from the international community, and southern insurgent groups and their networks. Another group was those who would commit violence alone, or the so-called "lone wolf''. 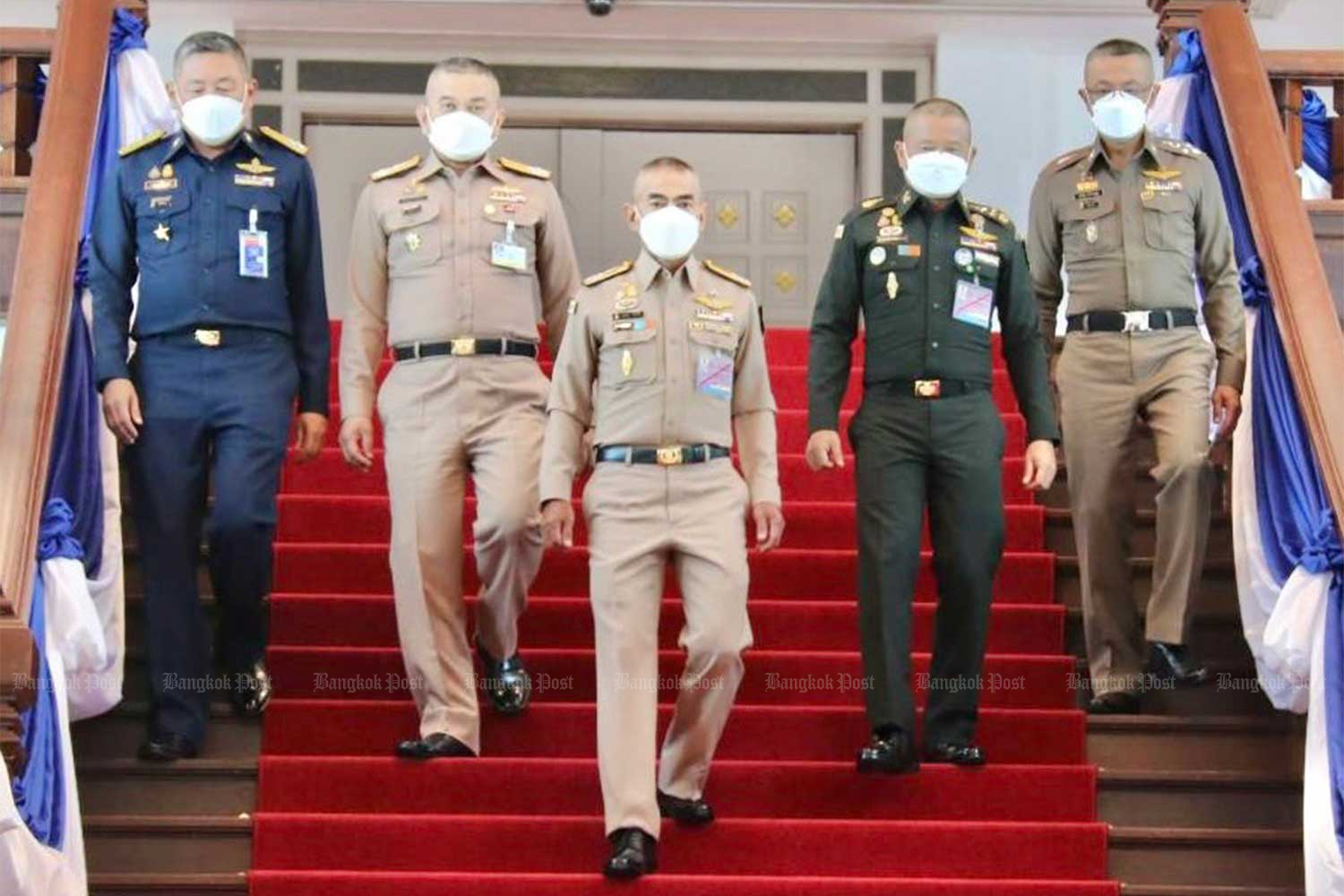