Evgeny Tomikhin, Russia's ambassador to Thailand, holds a press conference at the Russian embassy in Bangkok to address the ongoing Russia-Ukraine crisis and relations between Russia and Thailand for the first time since the invasion of Ukraine. (Photo: Chanat Katanyu)

Prime Minister Prayut Chan-o-cha expressed concern on Tuesday over a possible challenge now posed by the Russia-Ukraine conflict to Thailand's hosting of the Asia-Pacific Economic Cooperation (Apec) Summit 2022 in November.

"Well, we will see if the planned meeting can still take place and how it will actually be conducted. That will depend on how the Russia-Ukraine conflict situation unfolds," he said.

Gen Prayut added that Thailand needs to first focus on the organisation of other Apec 2022 meetings earlier in the year.

Gen Chalermpol Srisawat, chief of Thailand's defence forces, ordered the armed forces and the national police to prepare a security plan to deal with any potential security threats, including acts of terrorism, at the Apec summit.

The order was made at Tuesday's meeting of the armed forces and the national police. 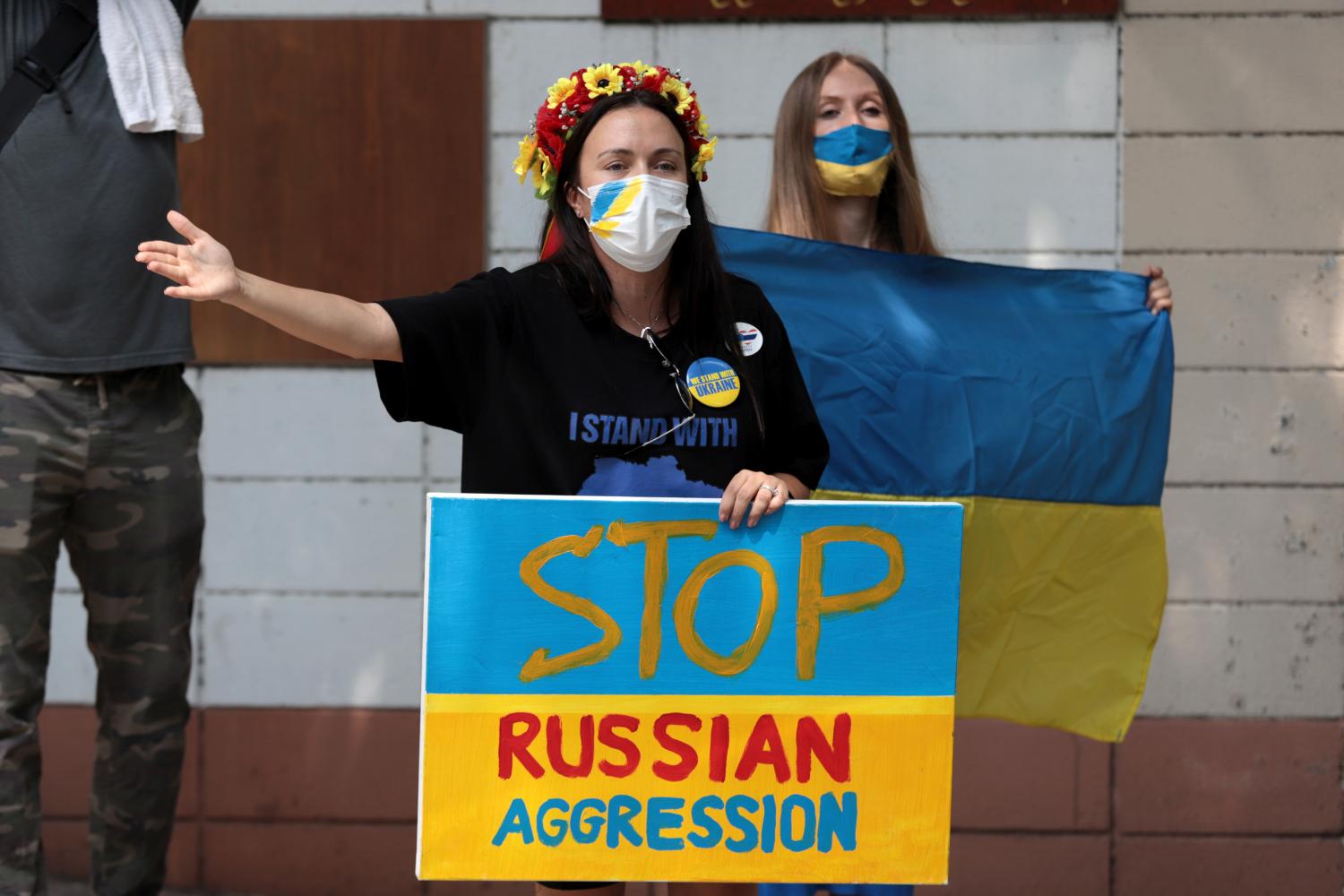 Demonstrators wearing face masks in the colours of Ukraine's national flag hold a protest outside the Russian embassy in Bangkok to demand an end to the Russian invasion of Ukraine while Evgeny Tomikhin, Russia's ambassador to Thailand, was holding a press conference at the Russian embassy to address the conflict and relations between Russia and Thailand for the first time since the invasion. (Photo: Chanat Katanyu)

After the meeting, a source at the Armed Force Security Centre revealed that security authorities are now focusing on five groups that could pose a potential security threat to the summit.

The first includes pro-democracy political movements eyeing a symbolic move, while the second covers various groups aiming to draw public attention to certain social and environmental issues they are working on, said the source.

The third group comprises activists who are campaigning against the military regime in neighbouring Myanmar while the fourth may include separatist movements active in the three southernmost provinces of Yala, Pattani and Narathiwat, plus extremist Muslim groups operating in neighbouring countries, the source added.

Security forces there are being advised to heighten their border checks, the person said.

The last group comprises lone wolves, or criminals with no known criminal records who act alone.

"There have not been any terrorist activities or signs by them that could be of any concern yet. We are more concerned about political gatherings by local groups," according to the source.