PRACHIN BURI: An order has been issued for park officials to arrest and remove an unruly wild elephant from the area where he has killed one villager and caused extensive damage to orchards and field crops.

Rungnapha Pattanaipul, the deputy chief of the National Parks, Wildlife and Plant Conservation Department, on Tuesday signed the document.

Park officials are instructed to immediately find and detain "Sidor Noke" and take him back home to Khao Ang Rue Nai Wildlife Sanctuary.

The order, released on Wednesday, named only Sidor Noke as the target and warned park officials to take extreme care beause the elephant is dangerous.

The 25-year-old male elephant has been causing trouble for villagers in Kabin Buri district for months, since he left Khao Ang Rue Nai - the wildlife sanctuary covering parts of five eastern provinces that is home to many herds of elephants.

Elephants frequently leave the park area in search of food.

Sidor Noke has been seen roaming largely in tambon Khao Mai Kaew of Krabin Buri. He has damaged several plantations he raided for fruit and has a reputation for being hot-tempered. The tusker killed 73-year-old Sutha Srialai on Feb 24 when she and a friend were collecting wild vegetables and fruit in forest near Ban Khao Mai Kaew.

Villagers have complained to the local office of the department about the damage to their food and cash crops. They said Sidor Noke was last seen on Monday night.

As people in other parts of the country provided fruit banquets for elephants on Sunday,  celebrating Elephant Day, villagers in Khao Mai Kaew stayed awake all night to defend their crops from the depredations of Sidor Noke.

"This elephant has become more aggressive and more dangerous. We push it back from the orchards and it comes back the very next day," Sunthorn Khomkai said in the early hours of Monday while guarding his orchard.

He said their problems with wild elephants were ignored by the government and the affected villagers rarely received compensation.

The department reported 686 invasions by wild elephants in agricultural areas in 2020 and it has drawn up an action plan to end conflict between the animals and humans. 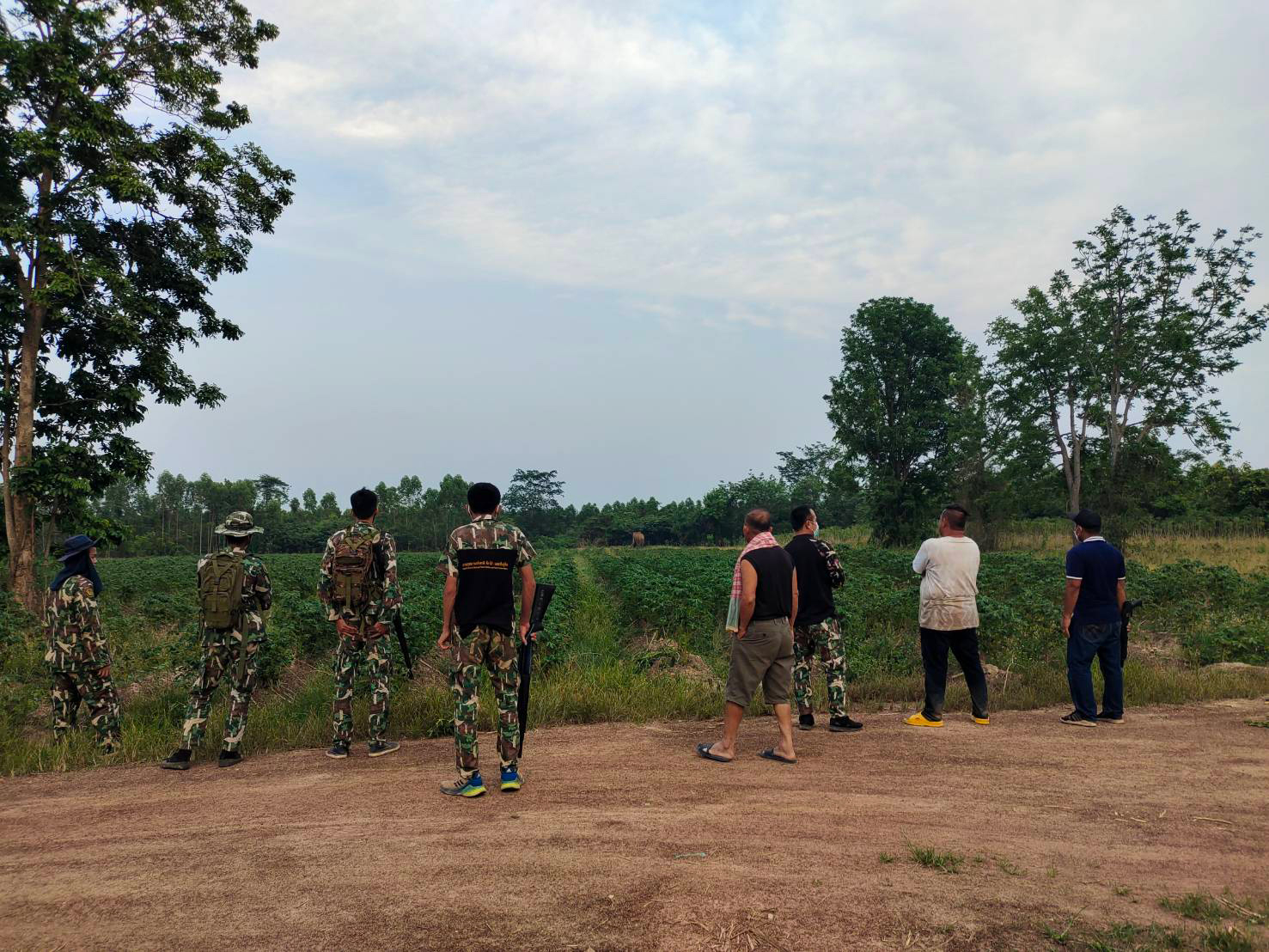 Park rangers and villagers herd Sidor Noke, seen in the distance, back into the forest in Krabin Buri district of Prachin Buri. (Photo: Manit Sanubboon)