SURIN: Video footage shows a girl of about three years old lost in the middle of the road on a rainy night. Rescuers helped her return home safely.

Facebook user “Khun Aon” posted video on Friday of the girl looking lost on a two-lane road with no lights on Thursday night in Chumphon Buri district of this northeastern province.

“I was afraid the child might be part of some fraud group, so I didn’t get out of the vehicle, and I called a rescue team to help her,” Khun Aon wrote on her Facebook page. Her friend “Bow” was in the pickup truck taking video of the incident with a smartphone.

In the video, the couple slowly reversed their pickup truck several times, as the girl, dressed in a Squid Game-inspired outfit, ran towards the vehicle. After the rescue team arrived, the couple rolled down the car window to talk to the girl, who cried and told them that she was lost.

The rescue team took the girl to her grandmother’s home, which was a few kilometres away from the road.

According to media reports, the girl had returned home from school and wanted to visit her grandmother’s house in another village.

The grandmother said she was about to get help from a local village chief after the child had gone missing around 7pm.

“People should look after their kids better. The child is kilometres away from home and it’s raining,” the Facebook user wrote.

The video was widely shared on social media, with many viewers praising the pickup truck driver for not leaving the child on the road while at the same time taking precautions. 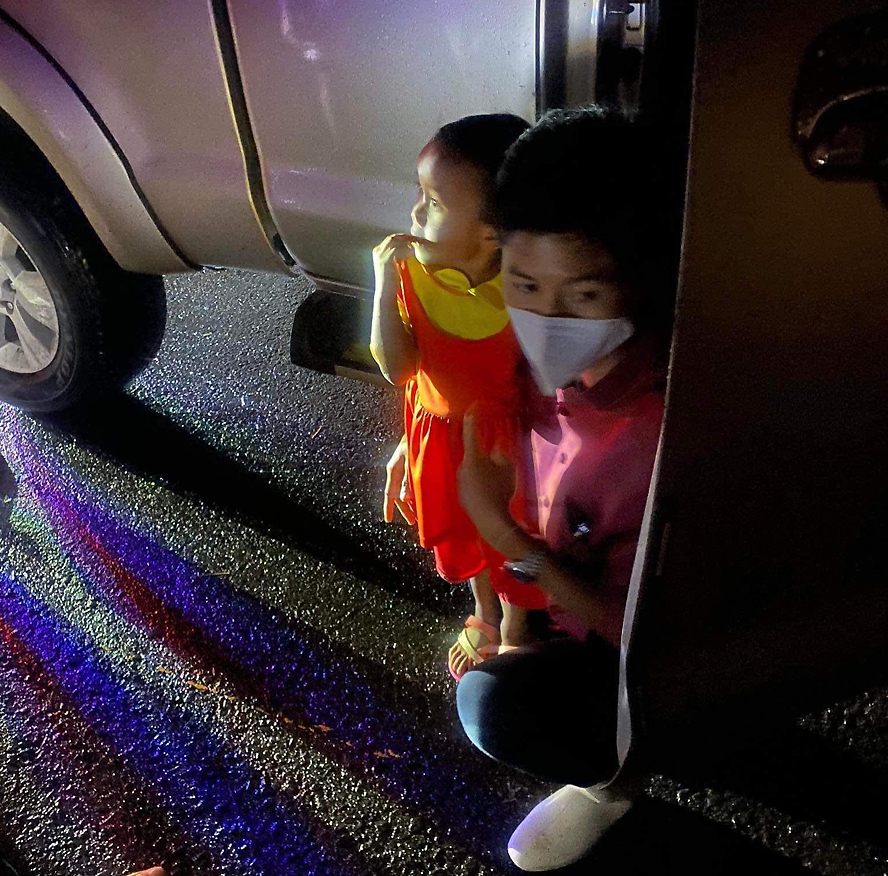 The lost toddler is comforted by the pickup truck driver who spotted her in the middle of the road in Surin on Thursday night. (Photo: Aon Singsirda Facebook page)