Local transmission of Covid-19 has soared in Hua Hin, while most other districts in Prachuap Khiri Khan province are reporting fewer cases.

The resort district registered 272 confirmed new cases on Sunday, a jump from only 44 on Saturday. The district of Thap Sakae also reported a sharp rise, from only one on Saturday to 25.

Sunday's figures were reported by the provincial public health office on Monday.

The office did not explain the reason for the sudden rise in new cases in the two districts,  saying only that the province had two main clusters over the past two weeks - in a military camp in tambon Nong Kae of Hua Hin and a sawmill in tambon Thap Sakae.

The province had 7 million tourists in 2019 before dropping to only 4 million in 2020 after the pandemic arrived and 2.6 million last year. 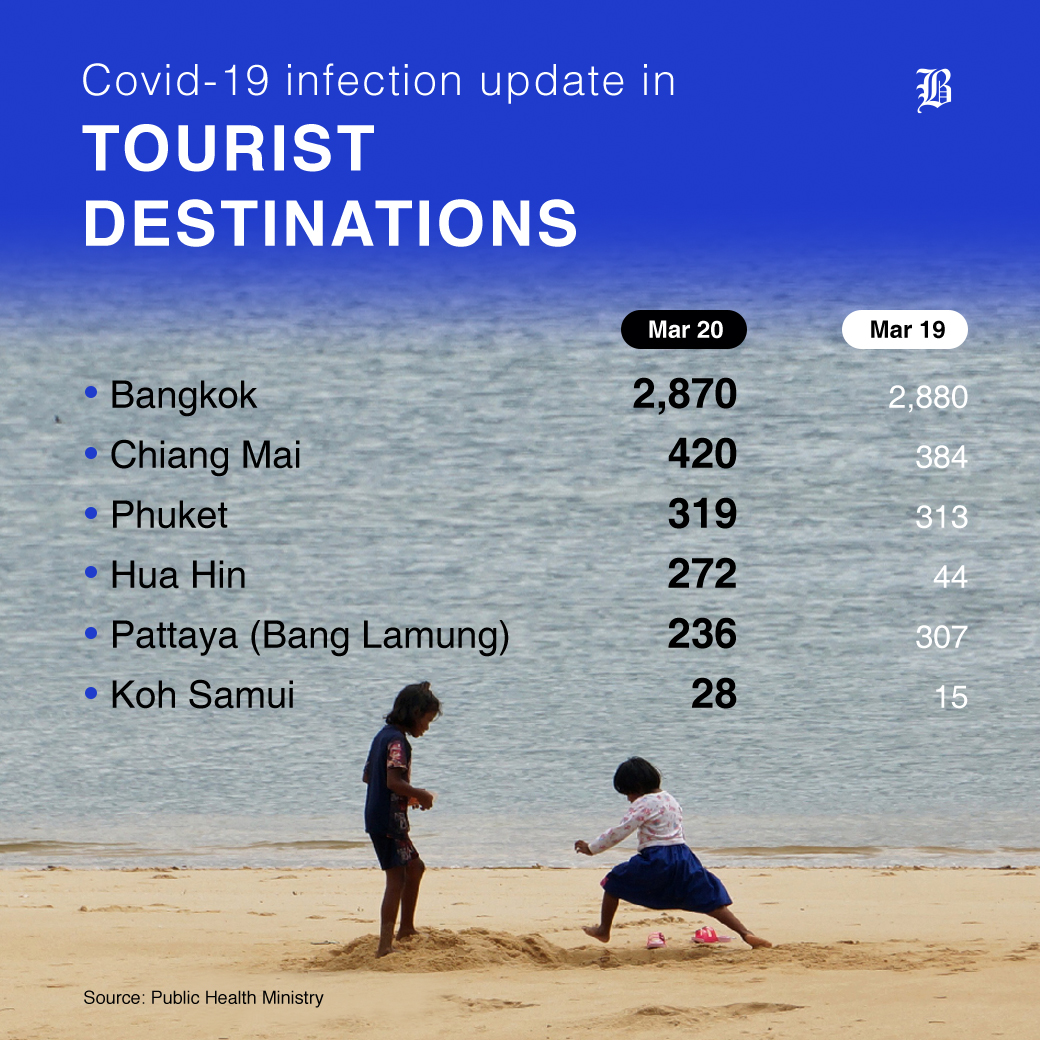