Working motorcycle drivers are among recipients of subsidies the government is offering to help them cope with the rising cost of living. (Photo: Somchai Poomlard)

The cabinet has approved reductions in monthly social security contributions for both employers and employees as part of measures totalling 70 billion baht to help ease the impact of rising fuel prices.

Non-mainstream, "independent" workers who conduct small-scale trading such as vendors and farmers, covered under Section 40, will have their overall contributions slashed to an amount ranging between 42 and 180 baht per month over the same period.

Speaking after the meeting, Prime Minister Prayut Chan-o-cha said the cabinet had also approved a raft of other measures to counterbalance the fuel spike which has only been sharpened by the economic fallout from the Russia-Ukraine conflict.

They include increasing cooking gas subsidies for 3.6 million holders of state welfare cards from 45 baht to 100 baht a month each and providing a monthly 100-baht discount to 5,500 vendors and hawkers who hold state welfare cards.

Gasohol costs will also be reduced by 250 baht per month for 157,000 working motorcycle drivers registered with the Department of Land Transport.

For those who use less than 300 units of electricity per month, the fuel tariff will be cut by 22 satang between May and August, while the retail price of diesel will be capped at 30 baht per litre until the end of next month.

After that, the government will pledge to subsidise half of any further increases.

Gen Prayut also announced urgent measures to help farmers ahead of the harvest season with the Ministry of Foreign Affairs asked to oversee imports of fertilisers and animal feed.

Government House spokesman Thanakorn Wangboonkongchana said after the PM's presser that the 10 measures require a 70-billion-baht budget likely to be discussed at the next cabinet meeting. 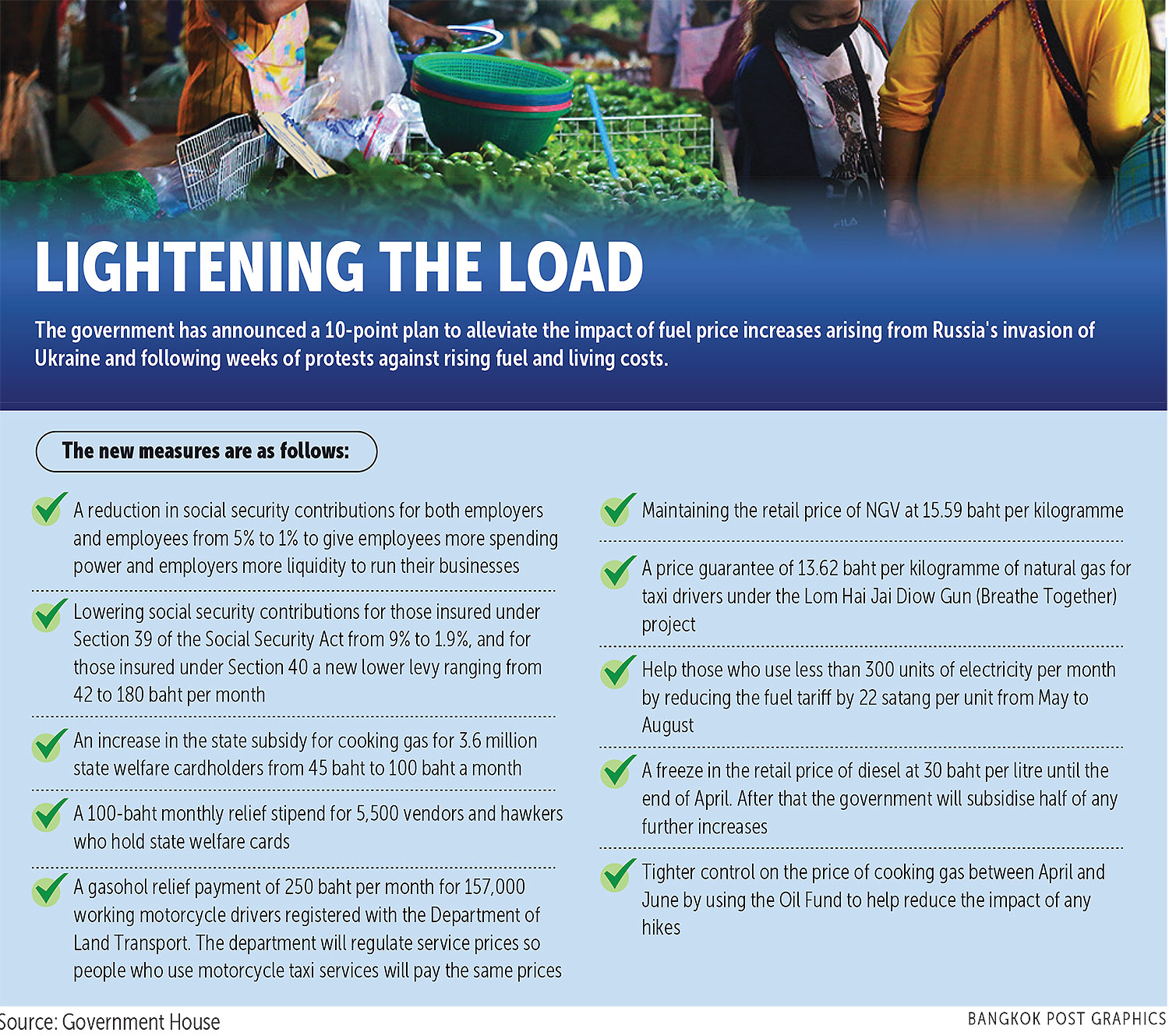