NONG BUA LAM PHU: Police have arrested five alleged members of a drug trafficking gang that continued to operate after the leader was arrested in June last year.

The two men and three women were travelling on Road 210 in tambon Na Lao. Their Mitsubishi Pajero was stopped and the drugs were found in the back, Pol Lt Gen Sarayut Sa-nguanphokhai, commissioner of the Narcotics Suppression Bureau (NSB), said on Thursday.

Pol Lt Gen Sarayut said they were members of a gang headed by Watcharachai “Dave’’ Watcharakiart. He was based in Khon Kaen and was caught smuggling drugs into Thailand across the Mekong River into Nong Khai province in June last year.

Although Mr Watcharachai was caught, his gang continued to operate, Pol Lt Gen Sarayut said. Police had closely monitored their activities, which led to the five arrests on Wednesday night.

During questioning, the suspects allegedly admitted they were being paid to deliver the drugs found in their vehicle to an agent in the Central Plains.

They were charged with colluding in having illicit drugs in possession with intent to sell and then handed over to NSB sub-division 2 for legal proceedings. 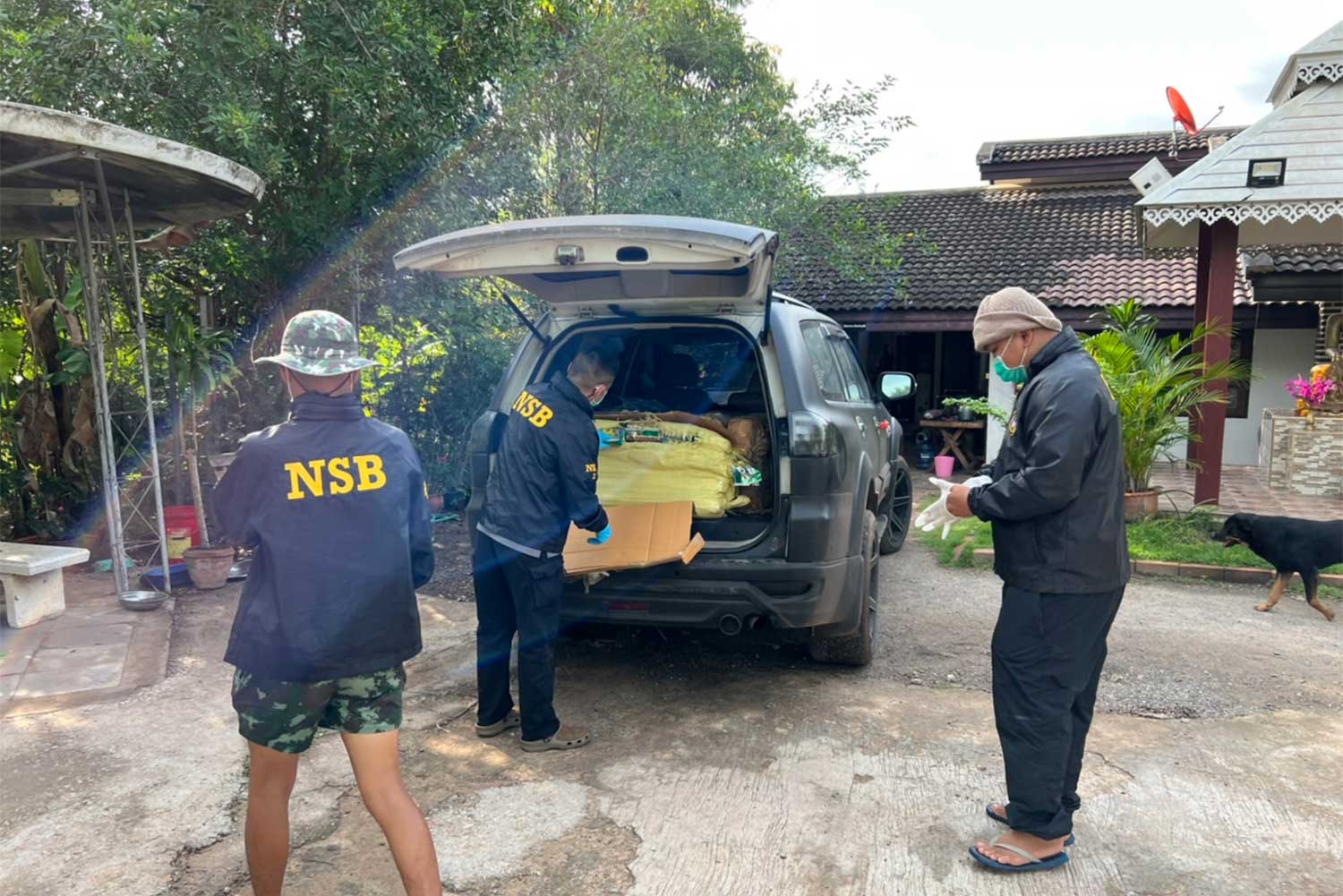 Narcotics Suppression Bureau police examine the drugs in the back of the Mitsubishi Pajero stopped and searched in Nong Bua Lam Phu province. (Photo supplied)