Phimphan Phetyim breaks down in tears during the cremation of her boyfriend, Padyos Chonpakdi, at Wat Noi in Nakhon Ratchasima on Monday. Padyos, 19, died after being beaten by a group of students during a hazing ritual on March 13. (Photo supplied)

NAKHON RATCHASIMA: Rajamangala University of Technology Isan (RMUTI) will dismiss 15 students involved in a violent hazing ritual that resulted in the death of Padyos “Prem” Chonpakdi, a 19-year-old freshman.

An investigation conducted by the university’s governing body had found 30 second-year students and 37 freshmen involved in the fatal ritual on March 13, RMUTI president, Assoc Prof Kosit Sreephuthorn, said on Saturday.

The university had resolved to dismiss 15 of the sophomores for organising the hazing and beating Padyos until he became unconscious. He died on the way to the hospital.

Ten other senior students were found to have helped organise the event and forced first-year students to take off their clothes, crouch, crawl and put their heads on the ground, which led to injuries. Those 10 students’ exam results for the semester will not be valid, and they will receive an automatic W (withdrawal) grade.

Five other sophomores had10 disciplinary points deducted, as they had been informed about the violent ritual in advance but failed to notify the university or their parents.

The university also imposed a 10-point deduction on 37 junior students for violating its regulations by supporting hazing activities.

The penalties took effect on Friday, and students can lodge an appeal within 15 days.

Assoc Prof Kosit said the dismissal of the 15 students was similar to an expulsion. They can seek to continue their studies in other institutions, based on their first-year results.

He stressed that the university’s disciplinary action is separate from any criminal penalties that might be imposed. So far, 32 students are facing various charges arising from the event.

“The university has been hurt by the incident. We accept the mistakes and will come up with a solution, which will serve as a future guideline,” he said.

On the night of March 13, a group of senior students took Padyos to the field on the pretence that they were going to play football, according to the ANTI SOTUS (Seniority Order Tradition Unity Spirit) Facebook group, which campaigns against hazing.

Instead, the gathering became a violent ritual in which Padyos was forced to drink alcohol and then beaten unconscious by the senior students.

On Tuesday, police pressed charges against a total of 32 RMUTI students for their roles in the incident.

On Monday, relatives, friends, students, parents and lecturers bid a final farewell to Padyos, who was cremated at Wat Noi in Sikhiu district of Nakhon Ratchasima.

Mr Ekachai reiterated that he would not accept the 500,000 baht compensation offer made by parents of the seven seniors charged with his son’s death. The matter would go to court.

He said the family would take his son’s ashes to his home province of Nakhon Si Thammarat.

As for remedial measures, the university had informed him it would provide scholarships for his son’s girlfriend Phimphan Phetyim, who is two months pregnant, and for his young sister, now in Grade 4. The scholarships would enable to them to complete bachelor’s degrees. 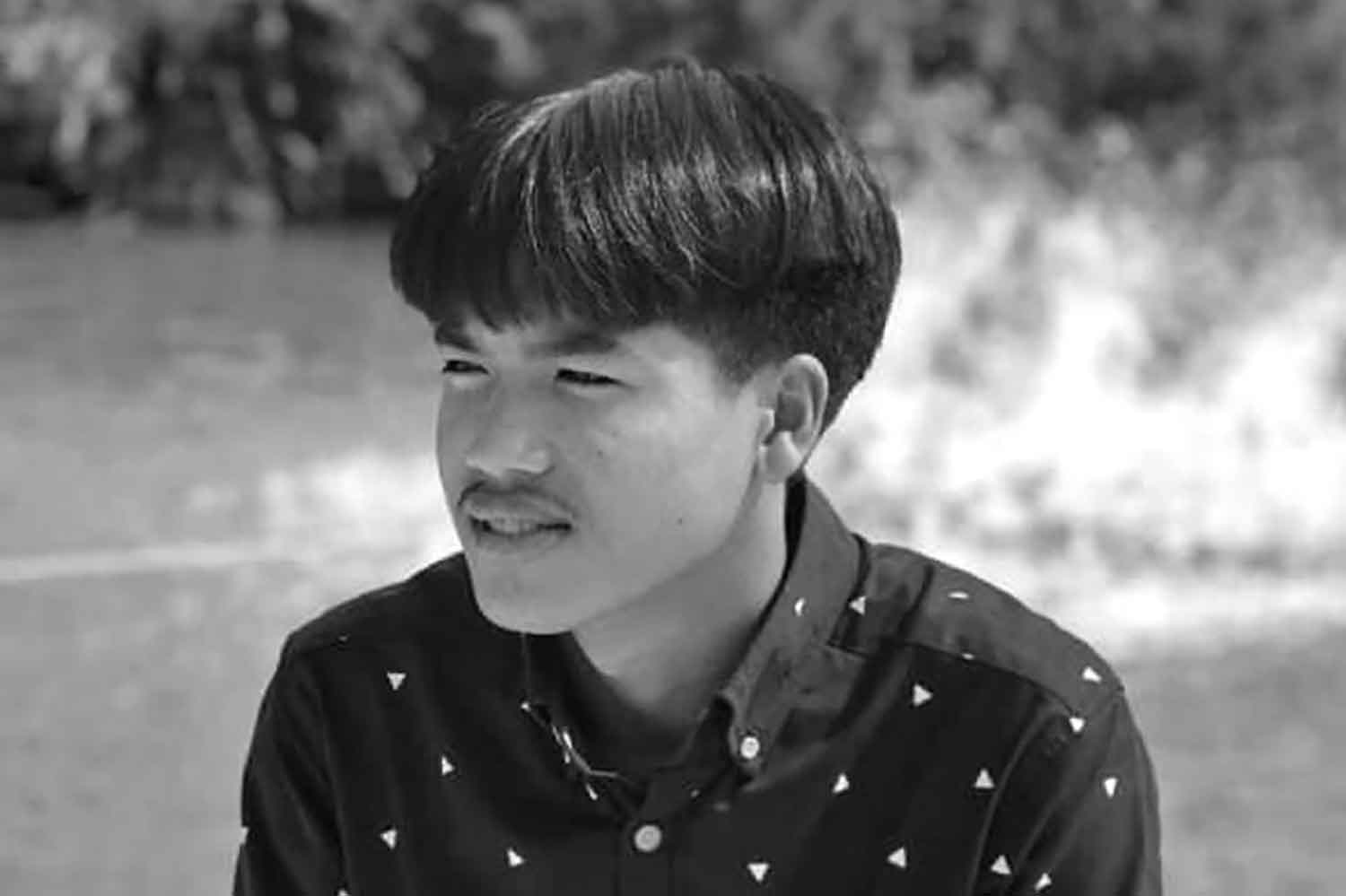 Padyos: Beaten until he was unconscious.