Prime Minister Prayut Chan-o-cha has ordered authorities to speed up inoculation of vulnerable groups ahead of the Songkran festival next month, a spokesman says.

Thanakorn Wangboonkongchana, government spokesman, said Gen Prayut has ordered state agencies to encourage people aged 60 and over, those suffering from underlying illnesses and pregnant women to receive their shots against Covid-19 before the holidays as a precautionary measure.

The goal is to offer booster jabs to at least 70% of the elderly who have already been vaccinated at least twice, he said.

The Songkran festival marks an important time when families return home and pay respects to the elderly.

However, close contact with relatives could heighten the risk of transmission.

In recent weeks leading up to Songkran, the kingdom has been recording daily caseloads of over 20,000.

The government has advised Songkran revellers to limit activities that could increase the chances of infections for at least seven days before returning home, he said.

A booster shot campaign has been launched by the Public Health Ministry, with jabs widely available in many areas until March 31, he said. 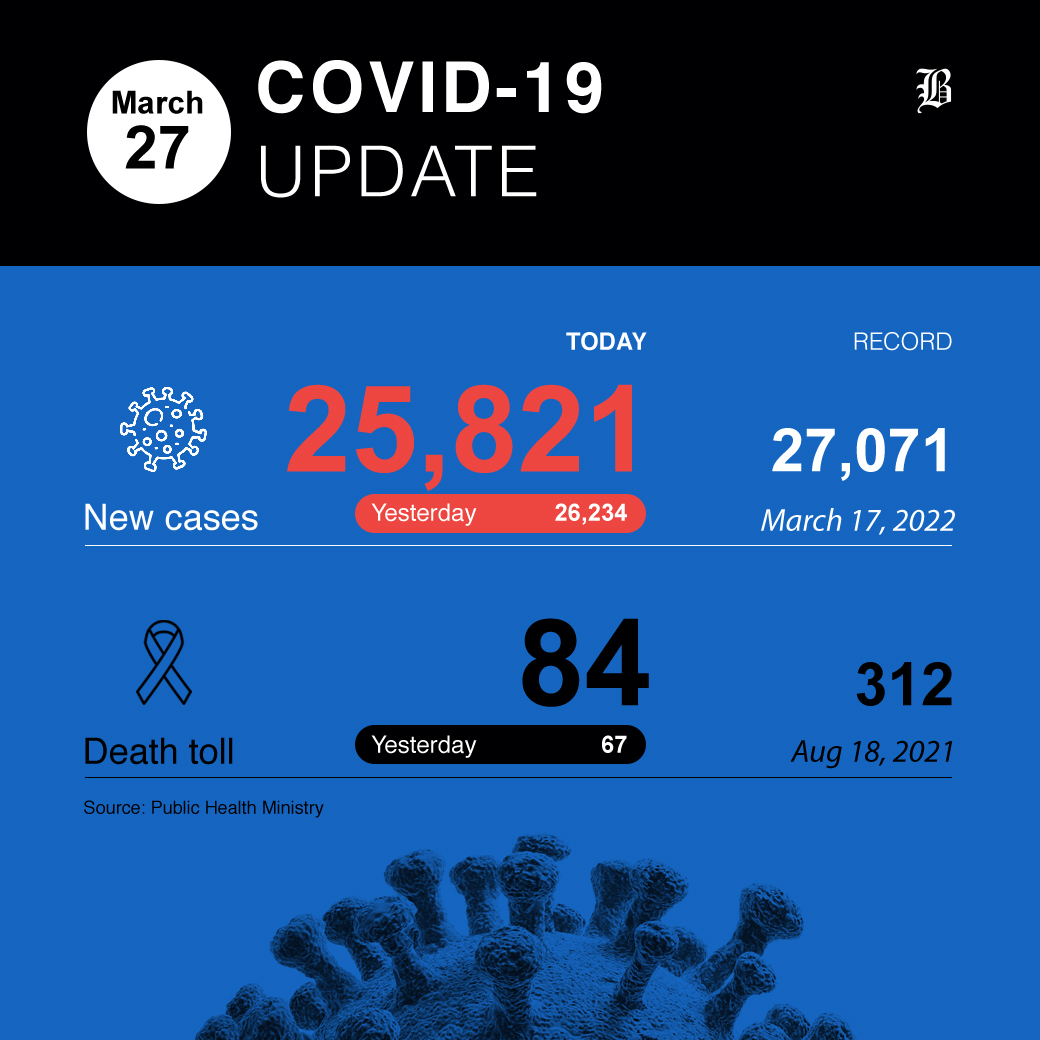 Dr Korakrit Limsommut, director of the ministry's Health Administration Division, has listed the medications to treat people with varying degrees of Covid-19 symptoms.

He said Covid-19 sufferers with few or no symptoms will get general drugs; those with moderate symptoms with no underlying conditions will get green chiretta capsules; and vulnerable groups will get antiviral drugs.

As of Friday, provinces across the kingdom had received 10 million favipiravir pills, while 3 million were distributed in Bangkok, Dr Korakrit said, adding that authorities are moving to ease fears of favipiravir shortages.

Researchers found that 30% of patients experiencing mild symptoms of Covid-19 posed by the Omicron variant need favipiravir pills, he said.