SONGKHLA: A navy vessel has intercepted and arrested three Vietnamese boats and their crews off Songkhla province for trawling for sea cucumber in Thai waters.

The 2nd Navy Area said on Friday that the three boats were detaind about 65 nautical miles off Songkhla's safe water buoy in the Gulf of Thailand. One boats had five crew members, another six and the third had four.

During questioning, the crew members said they had left Ca Mau in Vietnam on March 26 and had been in Thai waters for five days before being caught.

The arrested boats and crews were taken to Songkhla Naval Base.

On Friday they were inspected by Rr Adm Phichit Sriuangruang, deputy commander of the 2nd Naval Area. He also questioned crew members.

The Vietnamese fishermen were handed over to Muang police in Songkhla and face charges of illegally fishing in Thai waters and related offences.

In the fiscal 2022, the 2nd Naval Area has so far seized nine foreign fishing trawlers and 42 crew members in six operations for illegally fishing in Thai waters, the navy statement said. 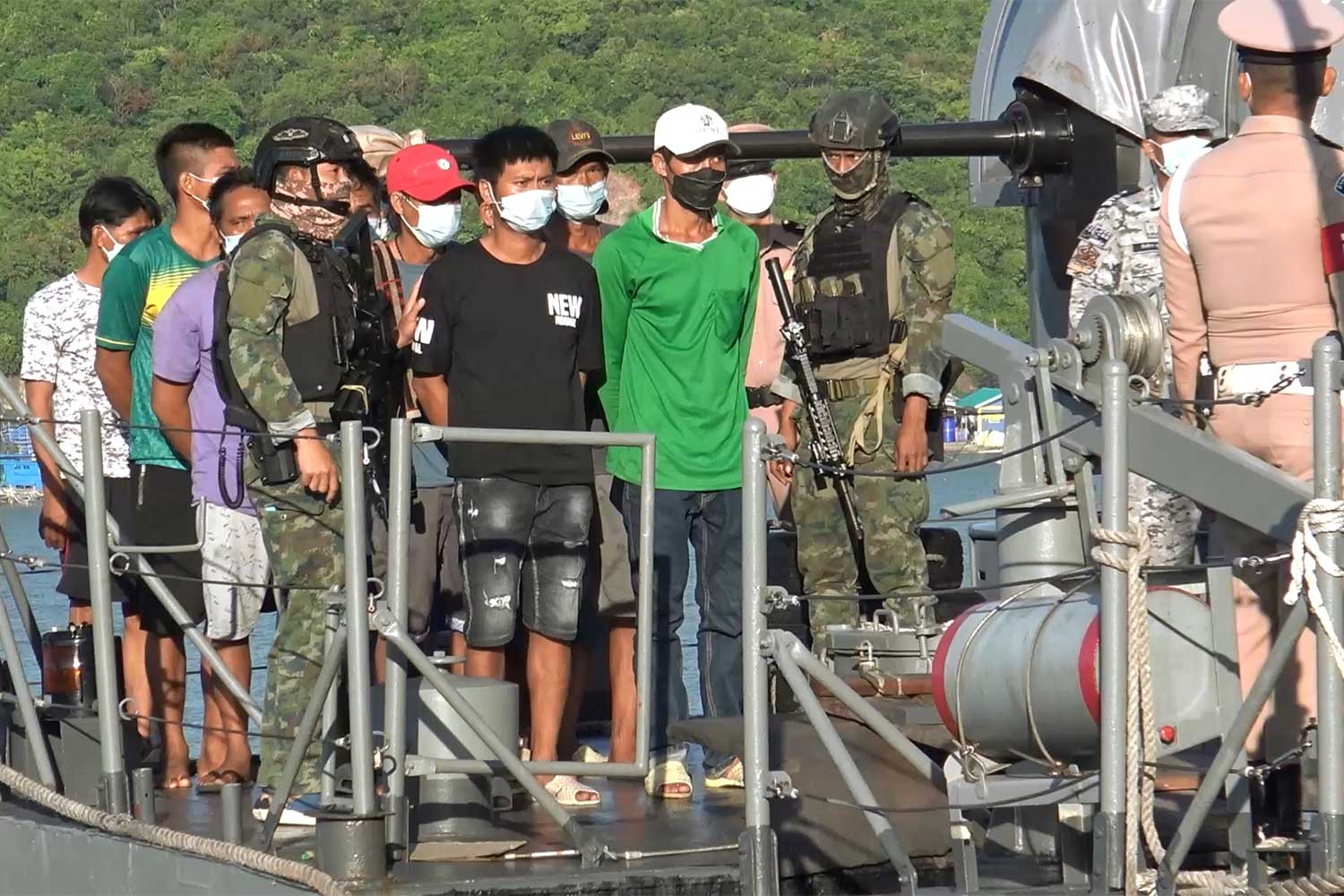