Another warrant issued in Tangmo case

Wisapat “Sand” Manomairat arrives at Muang district police station in Nonthaburi to give a statement to investigators on March 1. The provincial court on Saturday approved a warrant for her arrest on a charge of recklessness causing death of actress Tangmo. (File photo: Pattarapong Chatpattarasil)

An arrest warrant has been issued for Wisapat “Sand” Manomairat on a charge of recklessness in the drowning death of TV actress Nida “Tangmo” Patcharaveerapong, and two other companions now face additional charges.

Ms Wisapat, 35, was among five people riding in a speedboat with Nida, 37, who fell overboard in the Chao Phraya River on the night of Feb 24. Her body was found two days later, not far from where she had fallen in.

Decha Kittiwitthayanan, the lawyer for Nida’s mother, also confirmed the approval of the arrest warrant.

Meanwhile, police have pressed two additional charges against two men who were in the speedboat.

Tanupat “Por” Lerttaweewit, the boat owner, and Phaiboon “Robert” Trikanjananun arrived at the Muang district station separately on Saturday to report to investigators for the third time.

The two men were earlier charged with recklessness causing death.

Mr Tanupat, accompanied by his lawyer, arrived at around 8am and refused to talk to reporters. Mr Phaiboon showed up an hour later, met with investigators and also left without giving any interviews.

Pol Col Jaturon Anurakbundit, chief of the Muang district station, said the two men must report to police every 5 days under their bail conditions. However, their next appointment was set for next Saturday, a 7-day gap, as they have left a temple where they had been staying and posed no flight risks.

The two additional charges against the pair are for giving false statements and destroying evidence, said Pol Col Jaturon.

The false statement charge related to their earlier responses to questions about whether alcohol had been drunk on the boat, as investigators found that three bottles of alcoholic drinks had been consumed. Destruction of evidence related to bottles and glasses that had been thrown into the river, he said.

Mr Phaiboon, who had been driving the boat, admitted earlier that he had caused it to lurch, which threw the actress overboard to her death.

Pol Maj Gen Udorn Yomcharoen, deputy commissioner of Provincial Police Region 1, said Mr Phaiboon had told investigators that he had little knowledge about driving a boat but wanted to try it on the night of the accident.

The boat belonged to Mr Tanupat. He and Mr Phaiboon were charged earlier with negligence leading to the actress’s death. 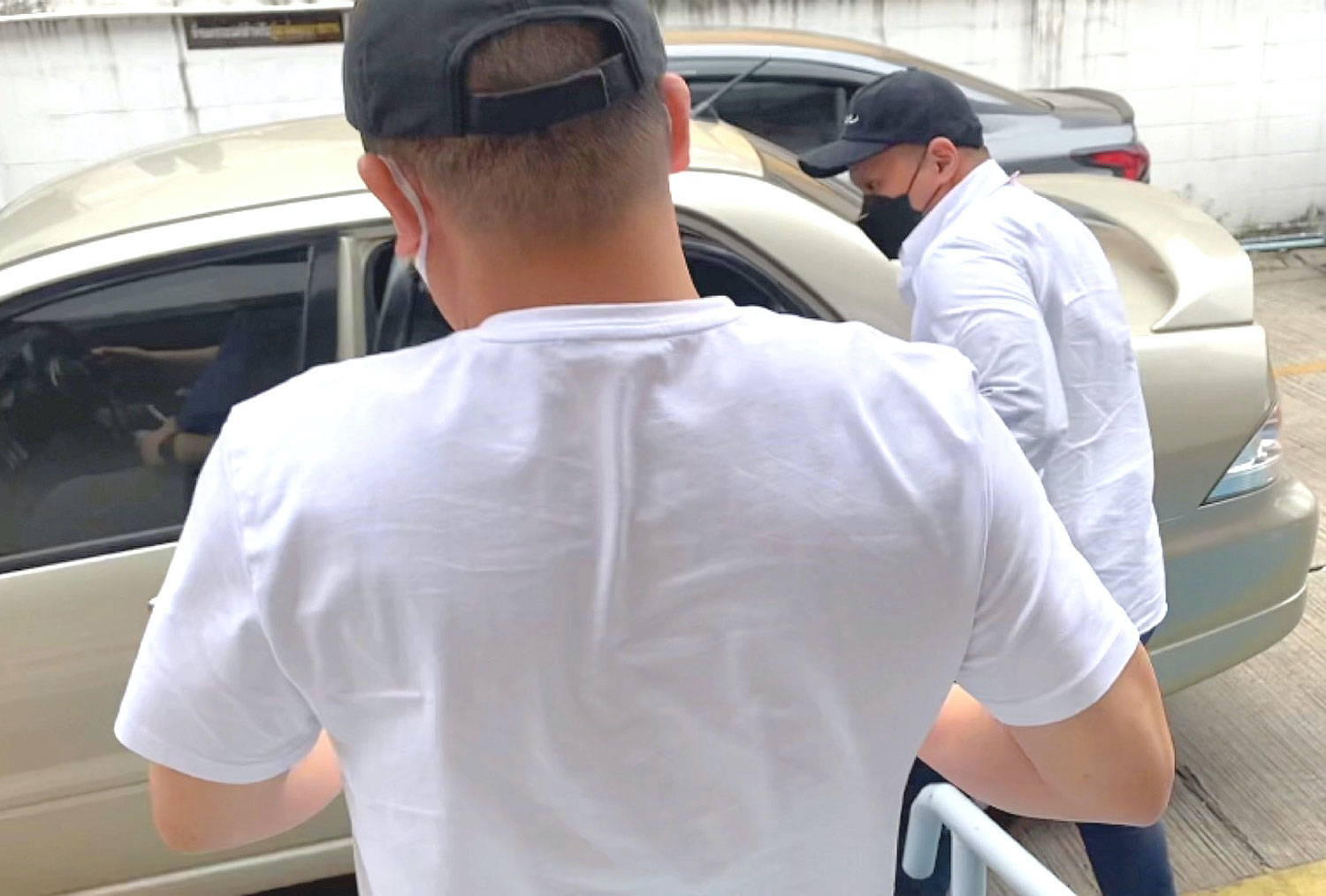