The United Nations Office on Drugs and Crime (UNODC) is seeking closer cooperation with Thailand to tackle narcotics issues in the region.

To that end, the UNODC Southeast Asia and Pacific Regional Office, the Office of Narcotics Control Board (ONCB), the Foreign Affairs Ministry and Mae Fah Luang Foundation recently co-organised a trip to the Golden Triangle region near Chiang Rai during March 31-April 1, with aim of reviewing the drug situation in Thailand and the Mekong subregion.

Among efforts the group saw was a royal initiative as part of the Doi Tung Development project that has for decades been turning opium plantations into fertile land for highland crops including cold-climate plants and vegetables, helping hill tribe people who rely on agriculture.

With the group was UNODC executive director Ghada Waly, the first woman to lead the agency and in the position since February 2020.

In an interview with the Bangkok Post, Ms Waly said that during her stay in Thailand she has met government officials including those at the Foreign Affairs and Justice ministries as well as the Office of the National Security Council. 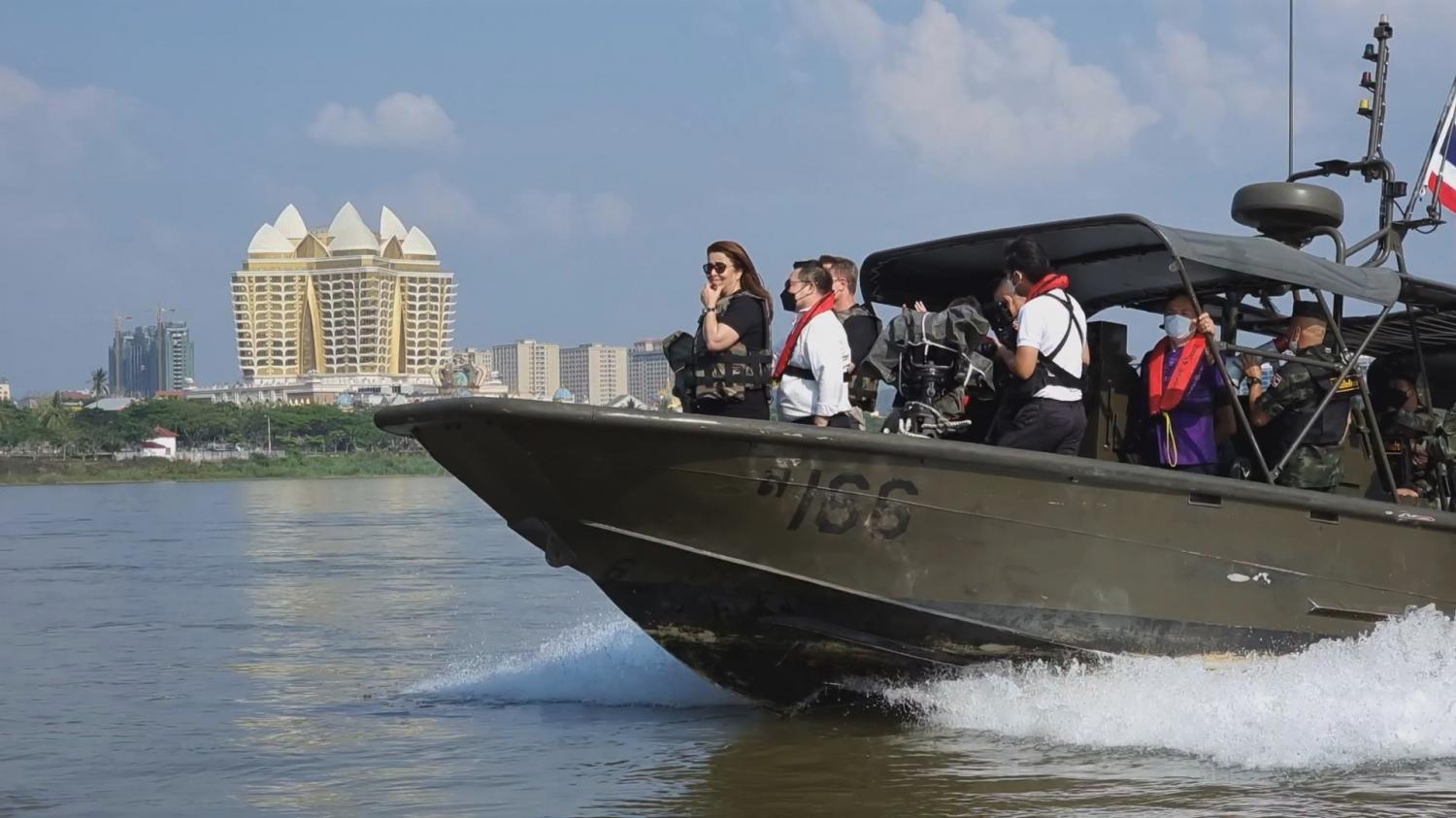 She said among the most urgent problems to be addressed in Thailand and Southeast Asia are, on the supply side, transnational drug trafficking groups and, from a demand perspective, the matter of drug usage.

"These are central issues in UNODC's mandate, and they are also common and interlinked challenges across the region. It is important to be able to count on committed partners like Thailand to support wider regional security and rule of law efforts, including through South-South cooperation (referring to the technical cooperation among developing countries in the Global South)," she added.

One of the most important missions during this trip was the announcement of UNODC's Regional Programme for Southeast Asia and the Pacific.

She said this programme was designed to support tailored responses to organised crime, terrorism, corruption and drugs in the region by focusing on threats such as synthetic drugs and trafficking.

She also conveyed UNODC's commitment to sustainable development and security, saying she was keen to learn of other perspectives and receive feedback towards developing responses in line with national and regional priorities.

"The visit has allowed us to recognise what Thailand is doing well -- such as passing of the new narcotics law -- and also to identify areas where UNODC can do more to help, and to promote the sharing of lessons between countries and communities in different parts of the region and the world,'' she said.

Ms Waly also had opportunity to meet HRH Princess Bajrakitiyabha Narendiradebyavati. She said Her Royal Highness had been collaborating with UNODC by lending her voice to help promote the rule of law.

Her Royal Highness, she said, was instrumental in the establishment of the UN Standards on the Treatment of Women Prisoners, also known as the "Bangkok Rules" in recognition of the critical role that Thailand played in their development and adoption at the UN General Assembly.

"[Her Royal Highness] has also worked with UNODC to advance Asean regional discussions and initiatives. I am hopeful we can carry this partnership forward and work on new initiatives. UNODC recently launched the 'Women in Justice/for Justice' initiative with this goal in mind, and I am eager to explore the possibility of benefitting from Her Royal Highness's engagement in this work," said Ms Waly.

She added that UNODC has worked with the Mae Fah Luang Foundation under Royal Patronage for several years on sustainable, alternative development projects. The foundation has been a strong advocate for helping local communities that once grew opium transition to more sustainable agricultural practices.

Ms Waly said the foundation had addressed the underlying conditions in a wholistic way, and UNODC had plans to work together more in the Mekong region in the future.

"We have also been working with Mae Fah Luang Foundation to promote the sharing of knowledge and best practices on the global level, through platforms such as the UN Commission on Narcotic Drugs and the Crime Congress," she added.

The organisation, for example, applied the lesson learned from the Doi Tung Development project in Myanmar's Shan state, which was once an area dependent on opium cultivation and later became Myanmar's largest coffee exporter. The project supports about 4,000 farmers to lead a better life. UNODC also implements similar activities in Laos.

Ms Waly said she was also concerned about the drug situation in the Golden Triangle region.

"There have been many contributing factors, but the fact remains that behind the drug business there are sophisticated organised crime groups exploiting the region.

"They use Shan State for production. They launder vast amounts of money through businesses like casinos in border areas of the Mekong or real estates, and they illicitly access chemicals to produce drugs easily," she said.

It was necessary to prioritise the efforts to disrupt organised crime groups by focusing on addressing the trafficking of precursor chemicals, money laundering and corruption. There was also a need to expand cross-border and multilateral cooperation on these issues.

"Just as crucially, we need additional focus on slowing and lowering demand for drugs by expanding our work with Thailand and the region on prevention, treatment and health services, as well as on drug policy and justice reforms to reduce the burden on policing and court systems, and to address prison overcrowding.

"Practical cooperation at all levels is required to make a difference, and we have a strong partner in Thailand to help lead on these efforts," she added.

The UNODC was also keen to help Thailand combat drugs across borders with the launch of the International Narcotics Control College (INCC), which will focus on research and providing knowledge for students across Mekong subregion, as well as a research centre for narcotic crops.

The college is still under construction. UNODC has provided financial support and office supplies to the college.