Muslim men wearing face masks at prayers during the Islamic holy month of Ramadan, at the Central Mosque in Muang district of Pattani, on Monday. (Photo: AFP)

There were 24,252 more confirmed Covid-19 cases and 94 new fatalities during the previous 24 hours, the Public Health Ministry reported on Wednesday.

This compared with the 91 coronavirus-related fatalities and 21,988 new cases reported on Tuesday morning.

On Tuesday, 26,225 patients were discharged from hospitals after recovering from the coronavirus.

The Centre for Covid-19 Situation Administration (CCSA) said later on Wednesday afternoon that the 94 new fatalities were between the ages of 31 and 97 years, with an average age of 76. There were 45 men and 49 women. One was a foreigner, from Myanmar.

Bangkok reported 12 new deaths and there were eight in the adjacent provinces of Samut Sakhon (3), Pathum Thani (2), Samut Prakan (1), Nonthaburi (1) and Nakhon Pathom (1).

Other central plain provinces further from the capital had 26 more fatalities – five in Trat, three each in Chachoeng Sao, Lop Buri and Suphan Buri, two each in Ang Thong, Ayutthaya, Rayong, Kanchanaburi and Chon Buri and one each in Nakhon Sawan and Sa Kaeo.

The North had 16 fatalities – three each in Kamphaeng Phet, Sukhothai, Uttaradit and Phayao and two each in Chiang Mai and Phichit.

The South reported 13 deaths – three in Surat Thani, two each in Ranong, Nakhon Si Thammarat and Phatthalung and one each in Krabi, Trang, Pattani and Yala.

The 87 imported cases came from 35 countries and included 16 from the United Kingdom, 6 each from Laos and Malaysia, 5 each from Sweden and Germany and four each from Australia, Cambodia, Myanmar and Indonesia.

Vaccinations continued to progress, with 130.34 million doses administered as of Tuesday. Officials said 80.1% of the population have now received one dose of the vaccine and 72.5% have received two shots, while 34.8% have had a booster shot.

The accumulated death toll stood at 25,697 since the beginning of the pandemic. 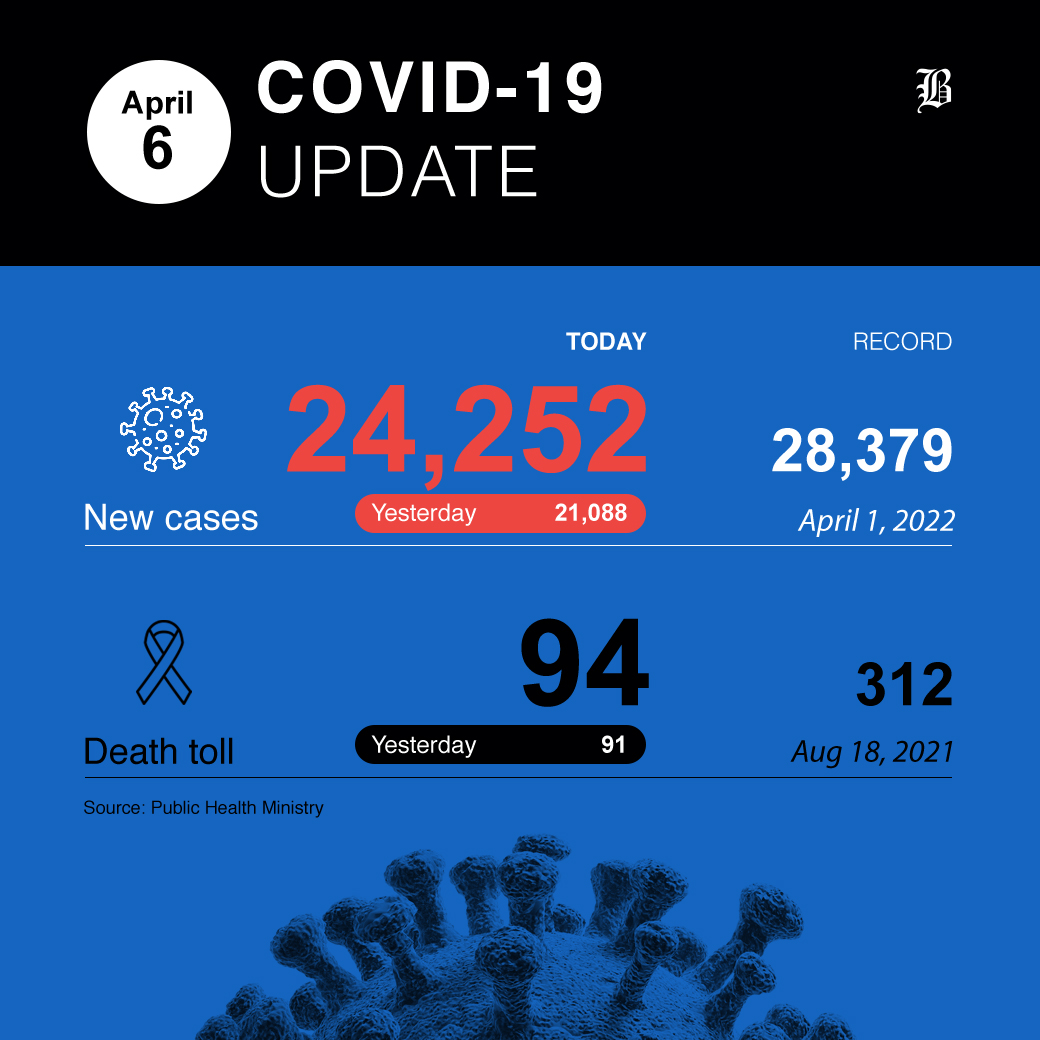