SONGKHLA: A group of 40 illegal Myanmar migrants heading to promised jobs in Malaysia were arrested in this southern border province early on Wednesday.

The 31 men and nine women were found hiding in a rubber plantation in Sadao district by a border patrol of soldiers, police and local officials.

During questioning, they admitted to coming from Yangon, Rakhine, Dawei or Chin in Myanmar.

They had crossed into Ranong province via a natural border crossing on March 31 and arrived in Sadao around 10pm on Tuesday on three pickup trucks. The drivers fled.

The detainees said they had contacted a job broker in Malaysia to get them jobs in Penang. They were charged 3 million kyat each, about 56,000 baht, with half paid in advance. The remainder would be paid when they arrived in Malaysia. If they could not pay the remaining sum, the job broker would detain them.

The migrants underwent Covid-19 tests before being handed over to Sadao police station for legal proceedings, pending deportation.

A growing number of Myanmar people wanting to work in Malaysia are illegally entering Thailand via Ranong and Kanchanaburi provinces. Many are caught before they can sneak across the southern border. 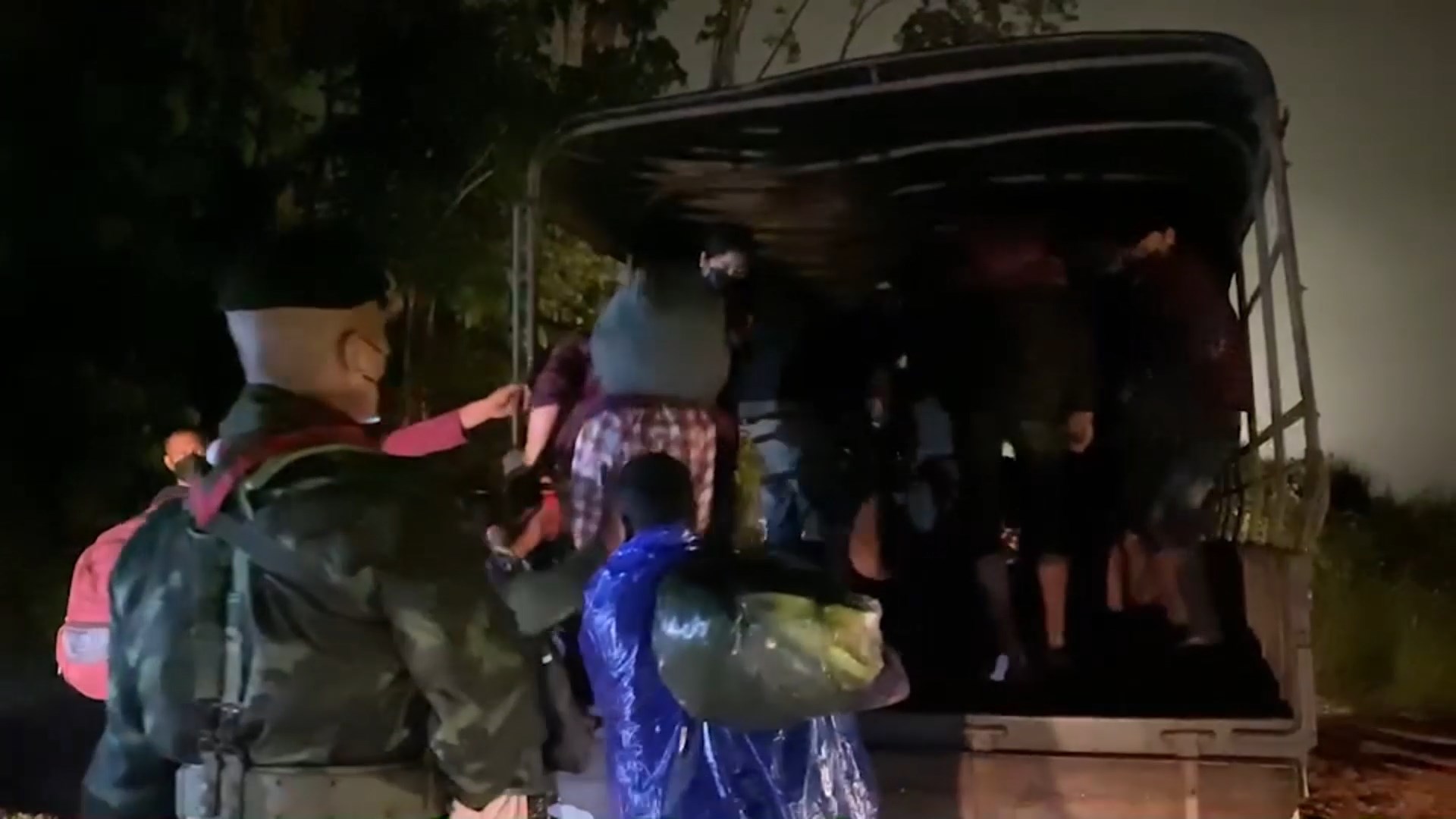 A group of migrants are loaded on a truck before being taken to Sadao police station on Wednesday. (Photo supplied)