Wanted in two major drug cases, 'Bang Lai' had escaped a Thai jail once before and fled to Myanmar

Myanmar police on Friday handed over one of Thailand’s most wanted drug suspects Thawatchai Aomchompoo, alias Bang Lai, to their Thai counterparts.

Mr Thawatchai had been hiding and operating a drug smuggling network in Tachileik, the Myanmar border town opposite Chiang Saen district of Chiang Rai, according to the Narcotics Suppression Bureau (NSB).

Wanted by Thai police in at least two major cases, Mr Thawatchai is facing charges of colluding to possess narcotic drugs and money laundering, said Pol Lt Gen Sarayut Sanguanphokhai, the NSB chief, who took the suspect from Myanmar authorities at the border checkpoint in Mae Sai on Friday.

“Mr Thawatchai is an important drug dealer behind several drug gangs active in Phatthalung and other southern provinces and he has been also involved in the smuggling of drugs from Myanmar into Thailand before they were smuggled on to a third country,” said Pol Lt Gen Sarayut.

According to a police source, Mr Thawatchai was first arrested in Myanmar in 2020 and handed over to Thai authorities.

He ended up in jail for only 14 days before escaping and fleeing back to Myanmar.

In 2017, Mr Thawatchai was named as one of the drug dealers in Tachileik who helped three female suspects who killed and dismembered a karaoke bar worker in Khon Kaen before fleeing to Myanmar, said Pol Lt Gen Sarayut. 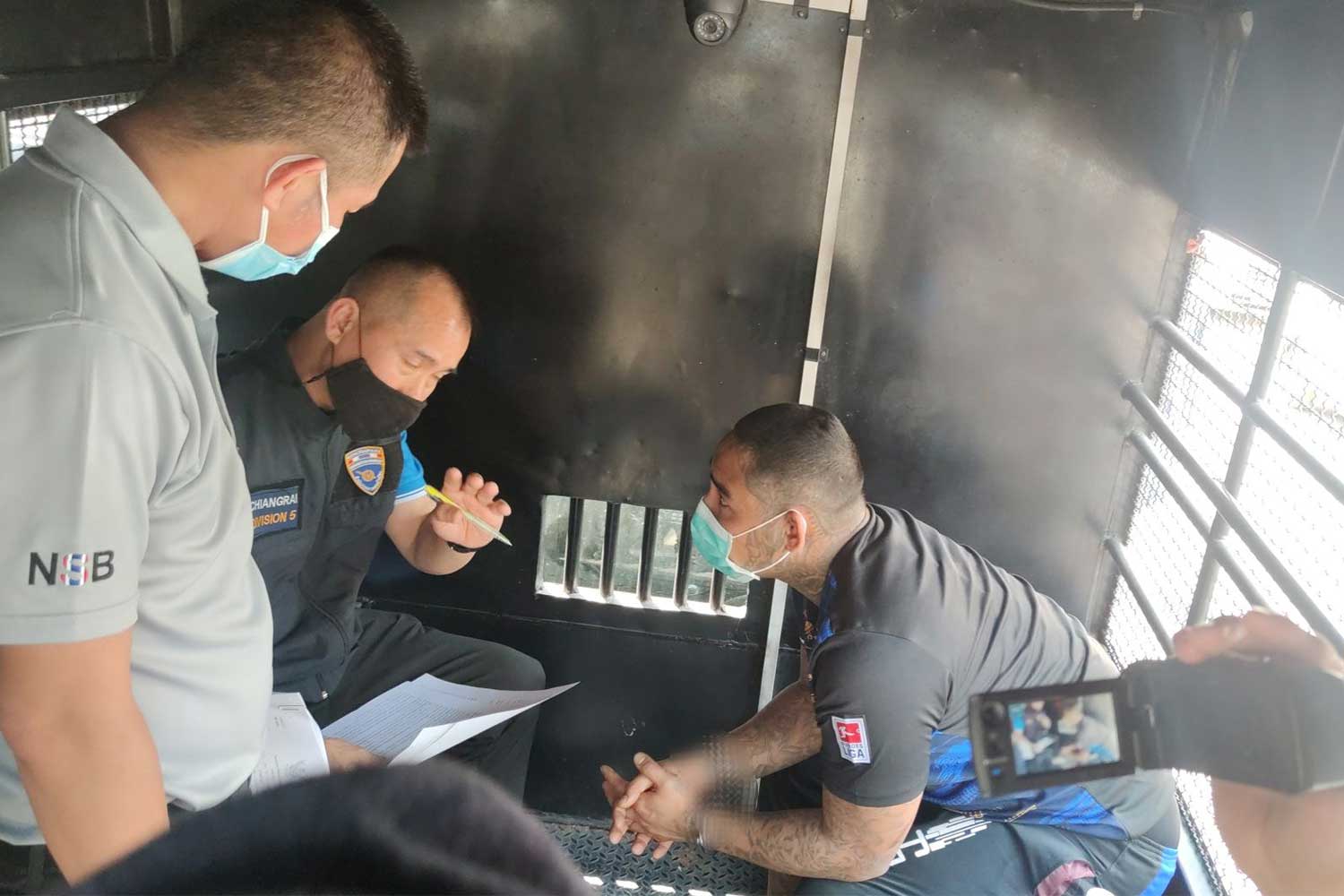