More vehicles are seen on the Northeast-bound Mittraphap Road on Saturday morning as people return to their home provinces for Songkran celebrations. (Photo: Prasit Tangprasert)

NAKHON RATCHASIMA: Heavy traffic was reported at several sections of Mittraphap Road to the northeastern province of Nakhon Ratchasima on Saturday, as more people left Bangkok for their home provinces ahead of the Songkran festival, from April 13 to 15.

The gateway to the Northeast was jam-packed with vehicles, mostly cars and pickup trucks.

Motorway 6, or M6, in tambon Nong Sarai, Pak Chong district, is not yet open to public travel. Traffic was heavy in this area, according to reports.

Officials at the Nakhon Ratchasima-based Highway District 2 said heavier traffic is expected, with more people living or working in Bangkok starting to return to their home provinces next week. Motorway 6 will be open to motorists for two periods - before Songkran from April 11 to 14 and after Songkran from April 15 to 18, from 6am to midnight. 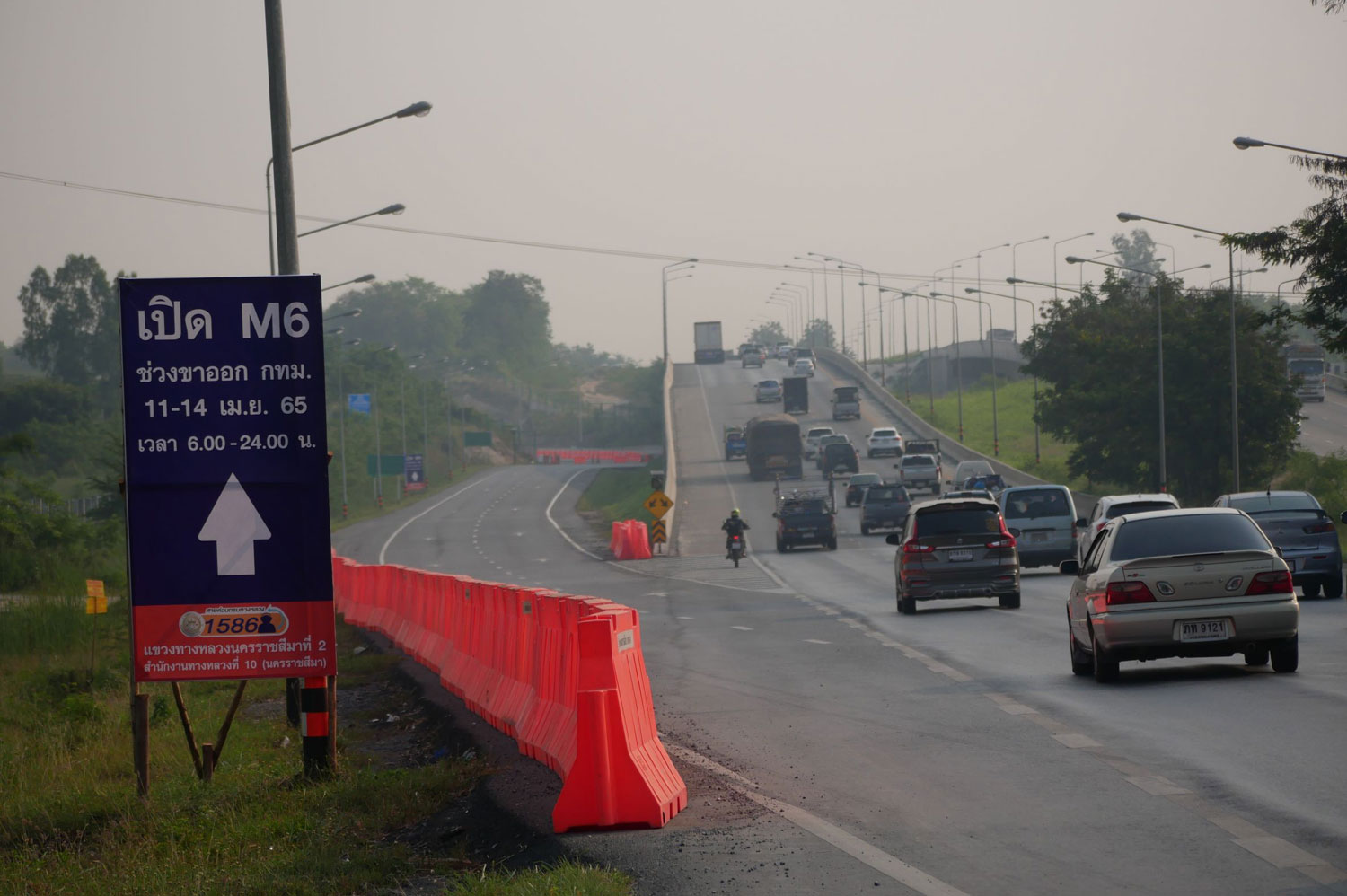 A signboard with a message saying motorway 6, or M6  outbound Bangkok will open on April 11 to 14 from 6am to midnight. (Photo:  Prasit Tangprasert)

In southern Thailand, Hat Yai Junction, a major train station in Songkhla province, was crowded with people waiting to board a train to their home provinces on Saturday, ahead of the Songkran holiday. The Thai New Year takes place from April 13 to 15 every year.