120,000 busted for drugs in past 6 months
Thailand
General

Police arrested more than 120,000 drug suspects over the past six months, seized 260 million speed pills along with other drugs, and nearly 2.4 billion baht worth of confiscated assets.

Pol Gen Roy Inkhapairoj, deputy national police chief, gave the figures at a briefing on Saturday, following a review of drug-suppression activities for the first six months of the 2021-22 fiscal year to March 31.

No comparison figures for the previous six months or other periods were given, and reporters from Thai media did not ask. But a report from May last year about a previous six-month period stated that 193,000 drug suspects were arrested, with more than 300 million speed pills and 2,747kg of heroin seized. Asset seizures exceeded 2 billion baht.

According to a report by the Thai Institute for Justice, about 80% of the people in Thailand’s prisons are there for drug offences. It said 78% of drug-related offences involve methamphetamine tablets and 76% were for possession with intent to sell, mostly small amounts.

The country’s prison population, including pre-trial detainees and those on remand, as of November last year was 285,572, compared with an official capacity of 110,000 and a maximum designed capacity of 220,000, according to World Prison Brief.

The figure for Thailand is the highest in Southeast Asia, even though the Philippines (165,000 prisoners) and Indonesia (271,000) have much higher populations.

The reported figure for 2021 was down sharply from 358,369 a year earlier, as authorities sought ways to ease overcrowding in jails, where thousands of prisoners contracted Covid-19.

Justice Minister Somsak Thepsuthin announced plans to amend drug laws to shorten prison sentences for minor offences and to shift toward rehabilitation programmes in order to reduce costs and overcrowding.

At Saturday’s briefing, Pol Gen Roy also said the Royal Thai Police had launched a project to educate students about illicit drugs in an effort to encourage them to shun narcotics. A total of 1,482 schools with 205,400 students have joined the programme.

Police authorities also plan to carry out a sustainable community project to tackle drug problems. A total of 20 communities at National Housing Authority projects have been chosen for a pilot project. 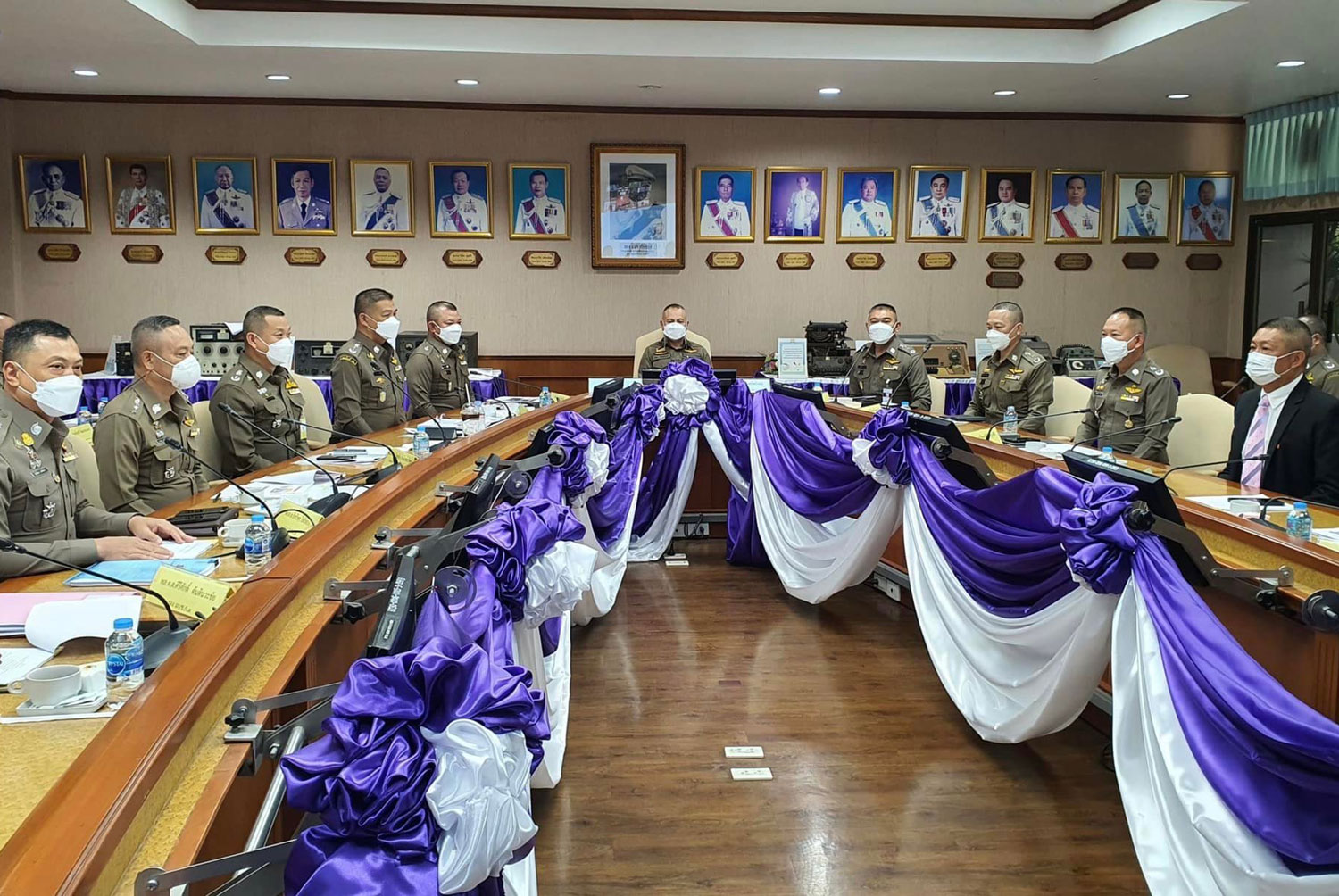