Raids in Korat deal blow to operation that had B1 billion in circulation, say police

Police announce the arrest of 10 people linked to a gambling website during raids on 10 locations in Nakhon Ratchasima and nearby areas on Thursday. (Photo: Prasit Tangprasert)

NAKHON RATCHASIMA: Police have arrested 10 suspects accused of operating a gambling website with over one billion baht in circulation over the past year, during raids in this northeastern province and nearby areas.

Teams of officers searched 10 locations in Nakhon Ratchasima and areas under the jurisdiction of Provincial Police Region 3 on Thursday to arrest 10 people linked to the website 2tua99, following complaints that the site had enticed people into betting online.

The 10 suspects, whose names were not disclosed, were charged with illegally operating online gambling and money laundering. Police are hunting for two remaining suspects.

Pol Lt Gen Somprasong said the 2tua99 website and its related network had more than one billion baht in circulation after operating for just one year. 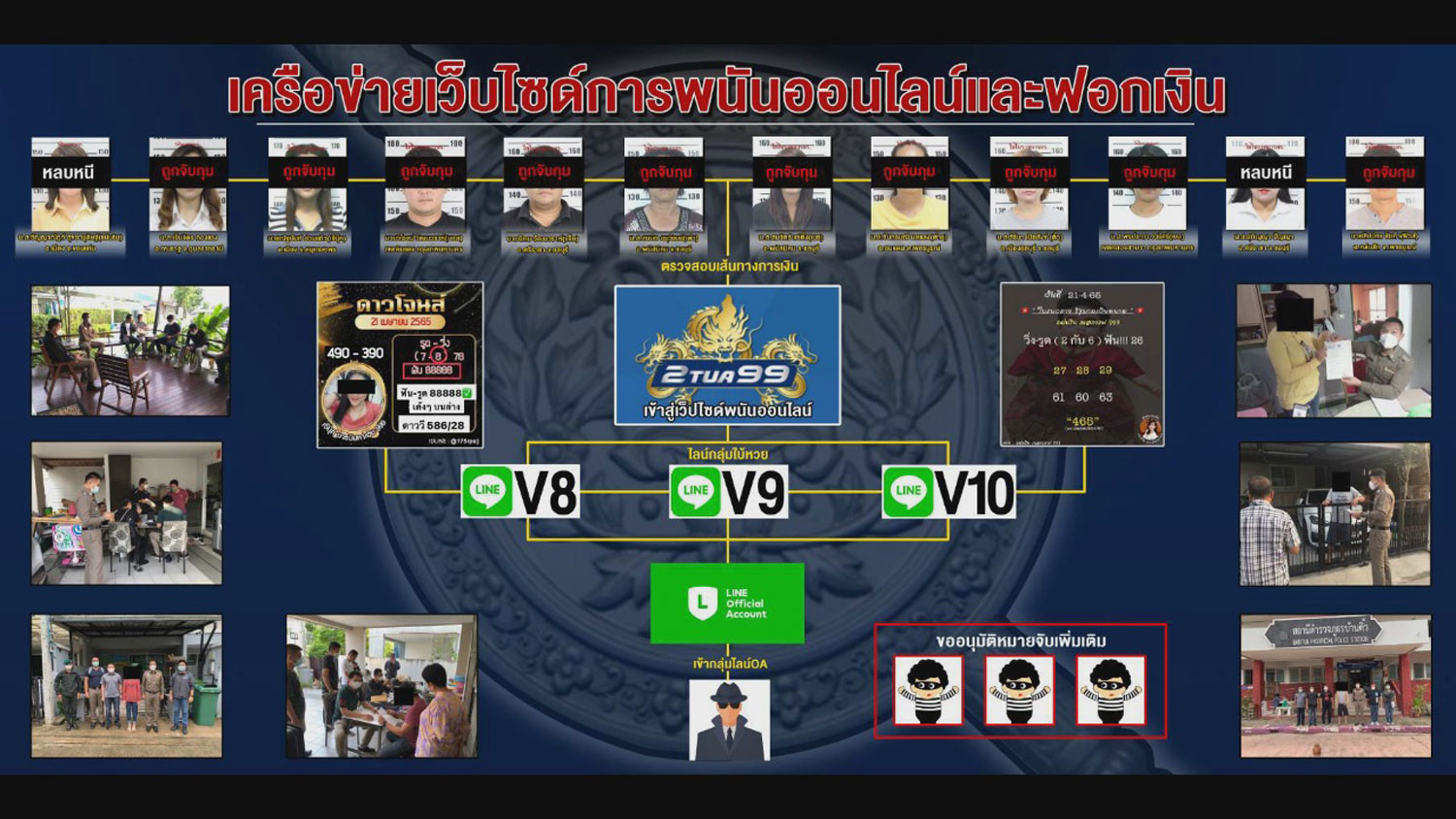 A police chart shows the suspects associated with the 2tua99 gambling website, which had over one billion baht in circulation. Ten of the 12 suspects have been caught. (Photo: Prasit Tangprasert) 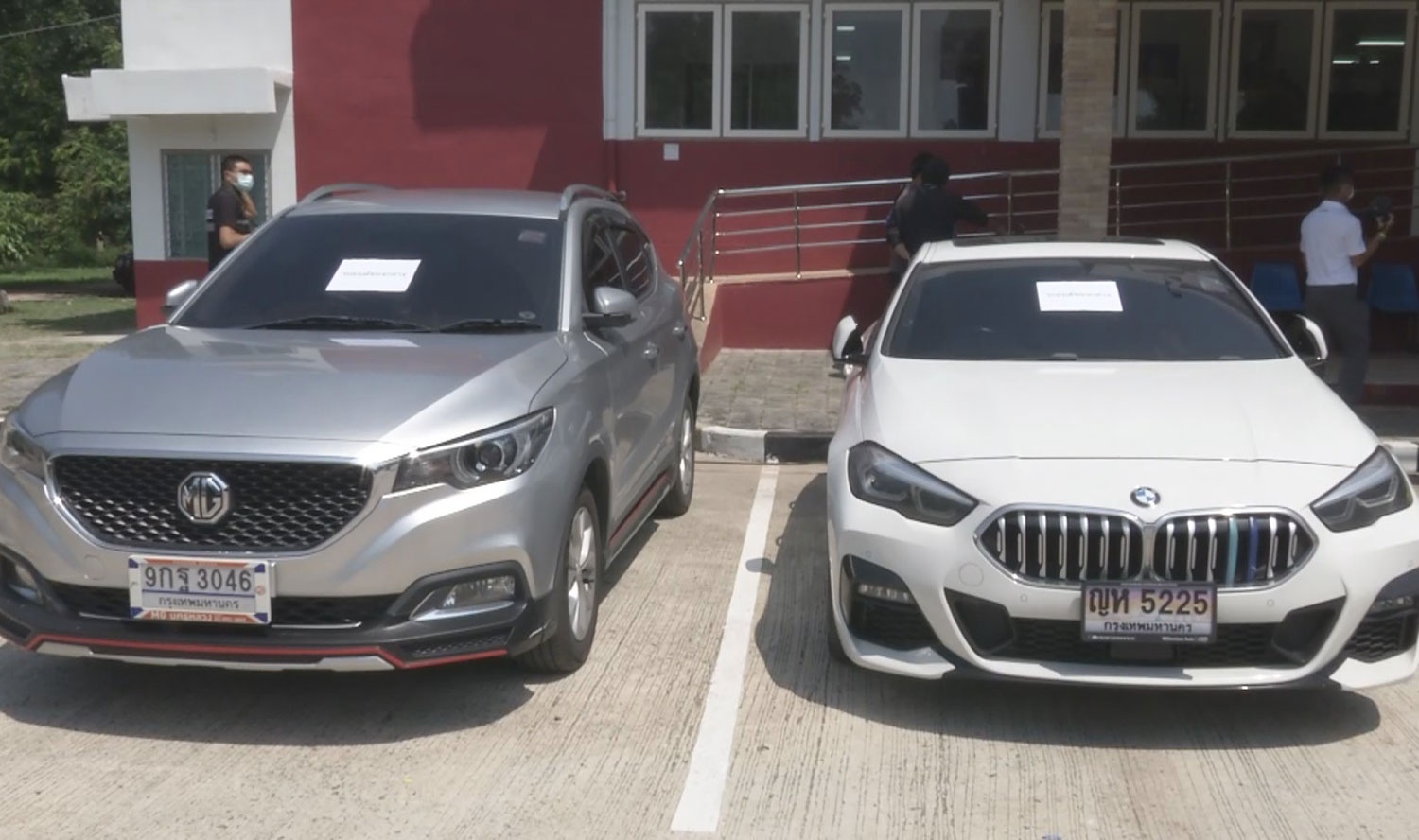 Two cars and other valuables were seized from the suspects. (Photo: Prasit Tangpraert)