Damage to catamaran estimated at B16 million

Smoke and flames rise from the Jimmy Blue as it burned at a marina in Phuket on Saturday. (Photos supplied)

PHUKET: A luxury catamaran was gutted by a fire and sank at Phuket Yacht Haven Marina in Thalang district on Saturday afternoon, with damage estimated at 16 million baht.

Firefighters and civilians helped put out the flames, which spread from the stern to the bow of the 12-metre craft named Jimmy Blue. Only the prow of the vessel remained above water.

There were no people on board when the fire started, and no casualties were reported. 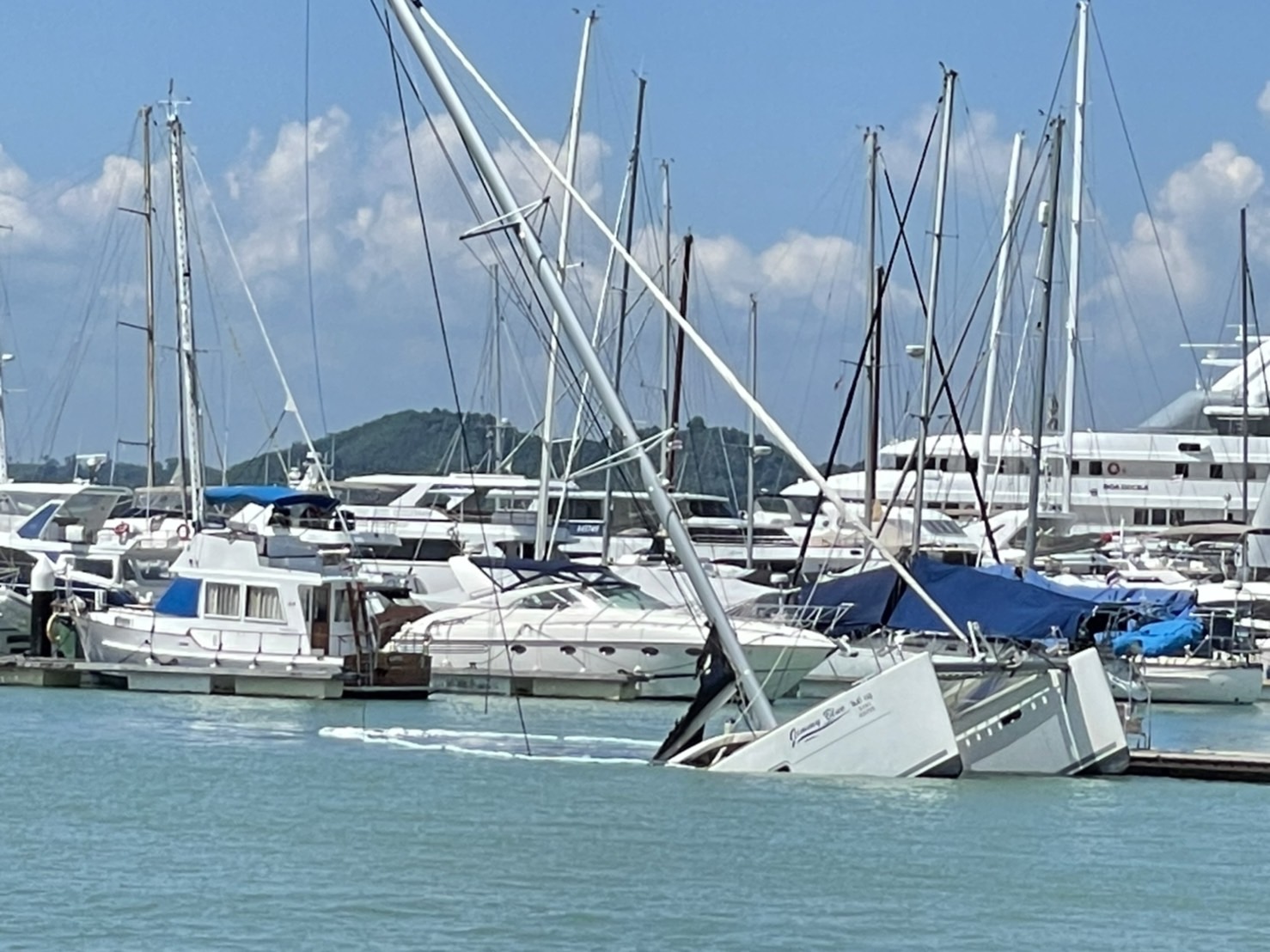 Oil boom barriers had been placed in the water to prevent potential oil spills.

The catamaran can carry up to 17 people — 14 passengers and three crew members. It was permitted to sail in local waters between Ranong and Satun provinces after receiving a licence in 2014.

Following an inspection, officials said the blaze might have originated from an electrical short-circuit.

Further investigation was under way to determine the cause of the fire. 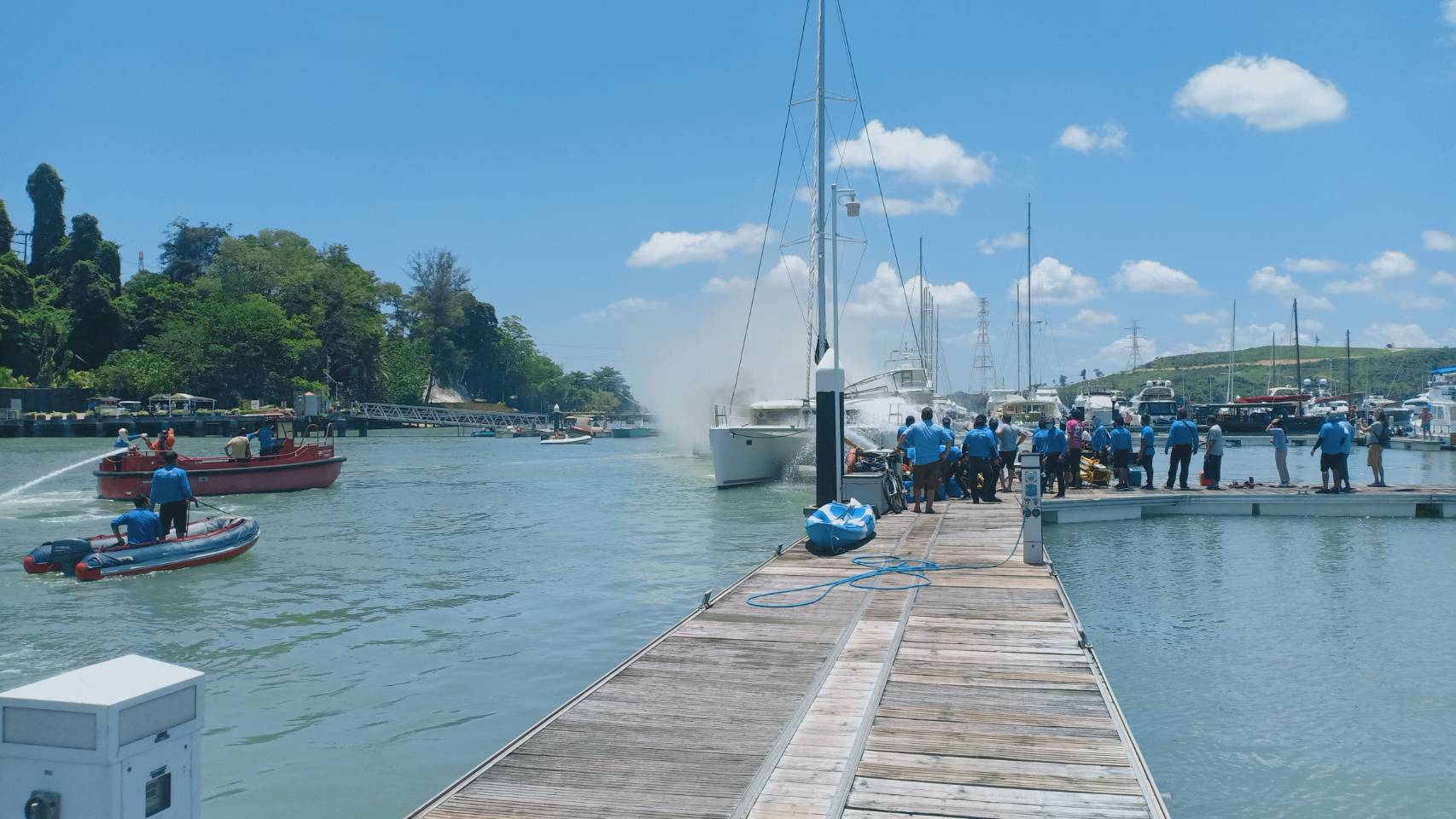 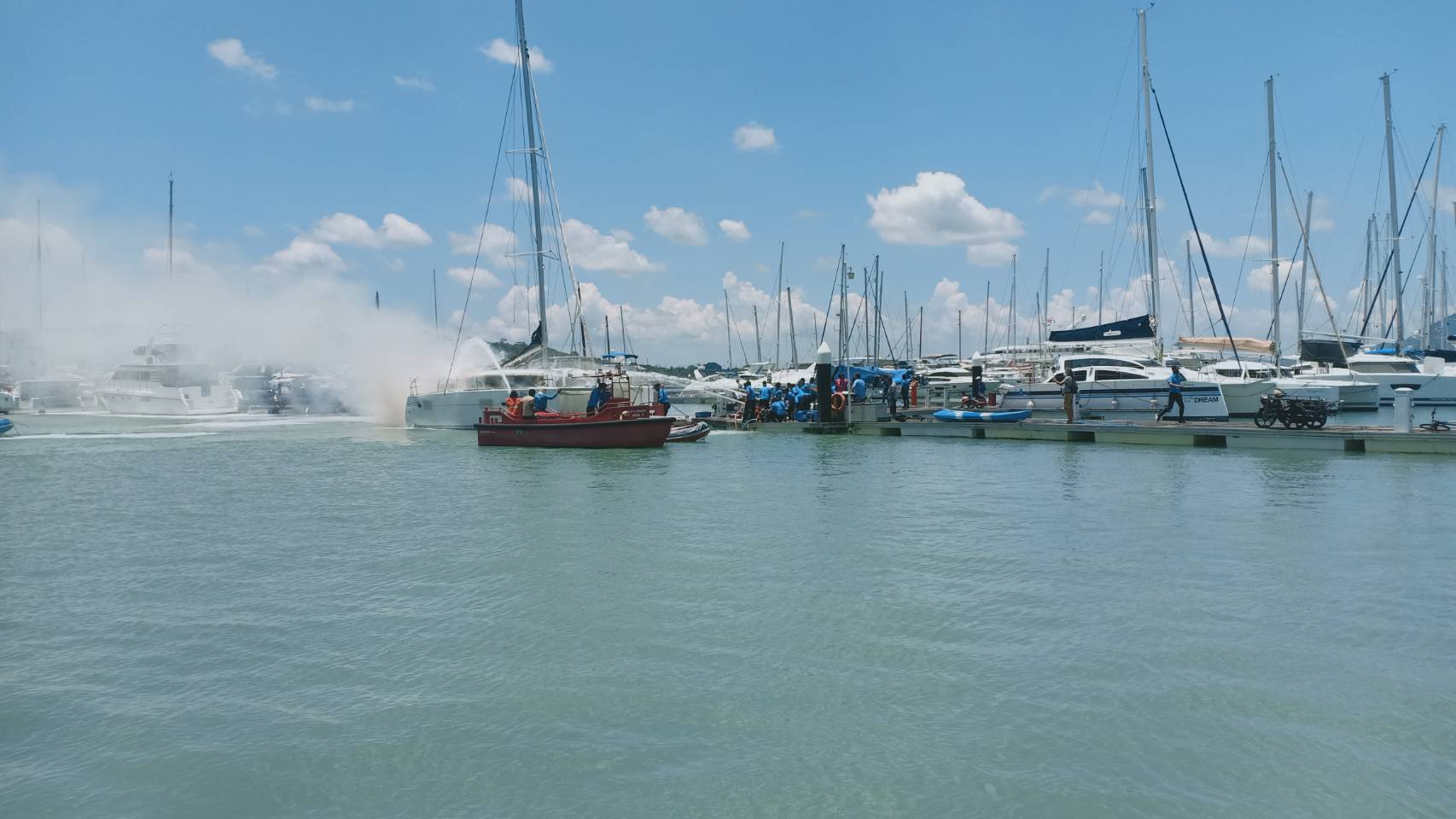 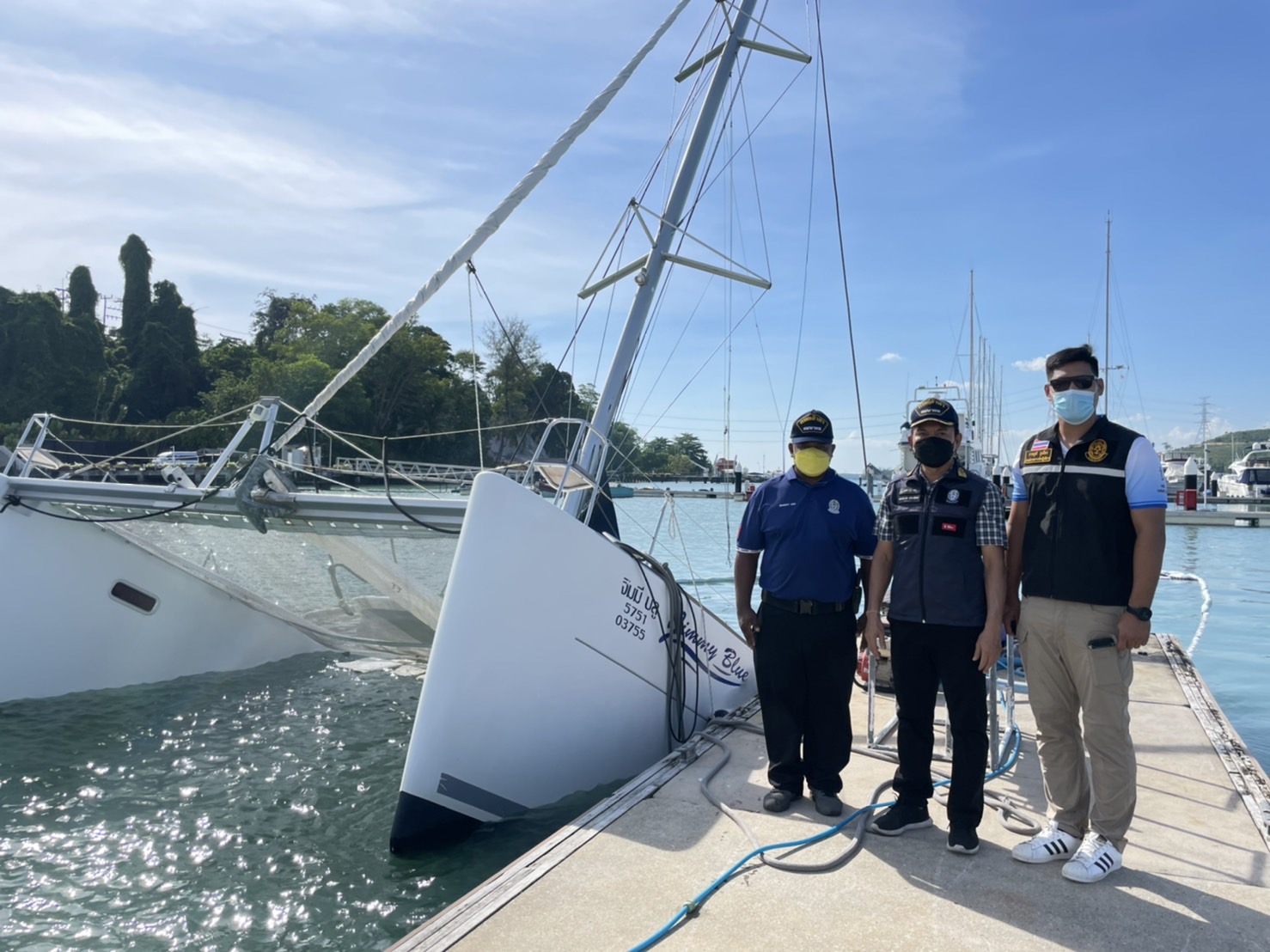 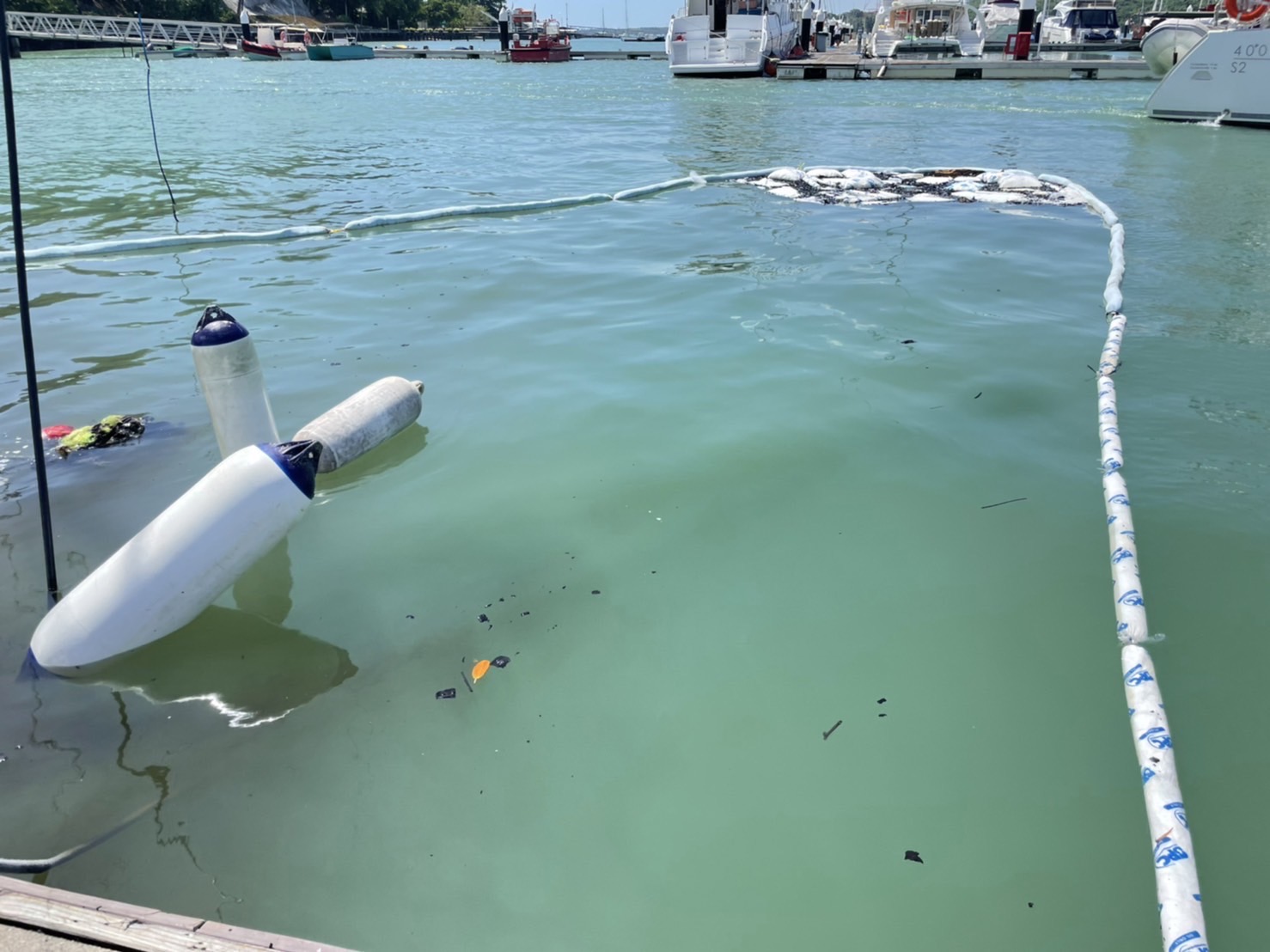