Police hold a press conference on Tuesday in Nonthaburi province, to conclude their investigation into the fatal plunge of Nida "Tangmo" Patcharaveerapong into the Chao Phraya on Feb 24, 2022. (Photo: Pattarapong Chatpattarasill)

Detectives determined the actress fell from the stern of a speedboat and was hit by its propeller before drowning in the Chao Phraya River late in February.

Police held a press conference at the Provincial Police Region 1 headquarters on Tuesday to conclude their investigation into the death of the 37-year-old actress.

Pol Maj Gen Paisan Wongwacharamongkol, commander of Nonthaburi police, said Tanupat "Por" Lerttaweewit (the speedboat owner) was charged with recklessness causing death, driving a boat without a licence, dropping objects into the river, giving false statements, failing to attach the boat name onto a vessel and driving a boat with an expired registration. 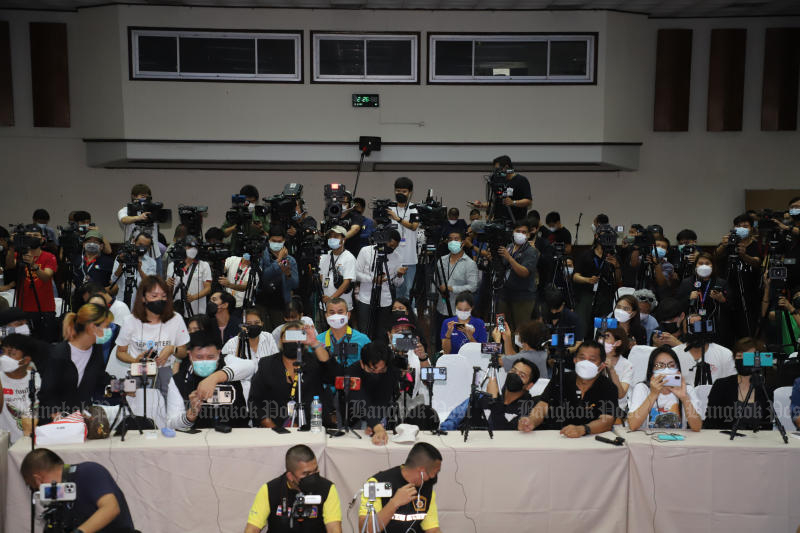 Phaiboon "Robert" Trikanjananun was charged with recklessness causing death, driving a boat without a licence, using a boat with an expired registration and dropping objects into the river.

Nitas "Job" Kiratisoothisathorn was charged with concealing evidence to help offenders and dropping objects into the river. 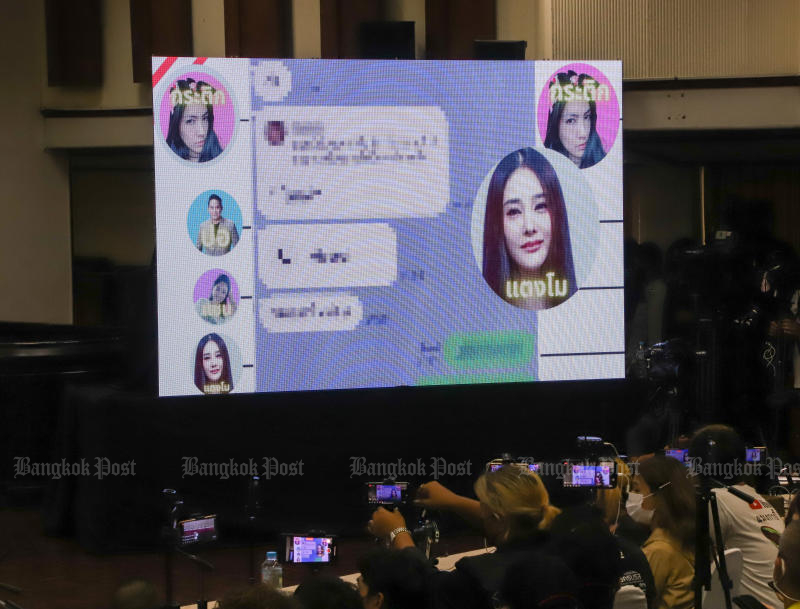 Peam "Em" Thamtheerasri was charged with concealing evidence to help offenders and having others make false statements.

The first five suspects were on the speedboat with Nida on the Chao Phraya River on the night of Feb 24. The actress fell from the boat and drowned.

Pol Maj Gen Wasant Techa-akarakasem, investigative commander of Provincial Police Region 1, said surveillance camera footage showed an object at the stern of the boat near Pibul 1 pier in Nonthaburi at 22.33pm on Feb 24. One minute later, the object had disappeared.

At the next moment, a person stood up on the boat, which then slowed down and circled in the river.

Police found that Nida's body sustained 26 wounds between her thigh and her ankle.

The biggest wound, on the inner side of her right thigh, was 7 centimetres wide, 26cm long and 1.5-4.5cm deep. It matched the dimensions of the speedboat's propeller blade.

"Tangmo did not [just fall from the boat], there was a reckless act that caused her death," said Pol Lt Jirapat Phumjit, commissioner of Provincial Police Region 1.

He said witnesses on the boat told police the actress was at the stern. He quoted experts as saying that a person falling from the stern of the boat would be sucked in by the propeller if the boat was moving slowly. Police found no trace of any assault on her body. 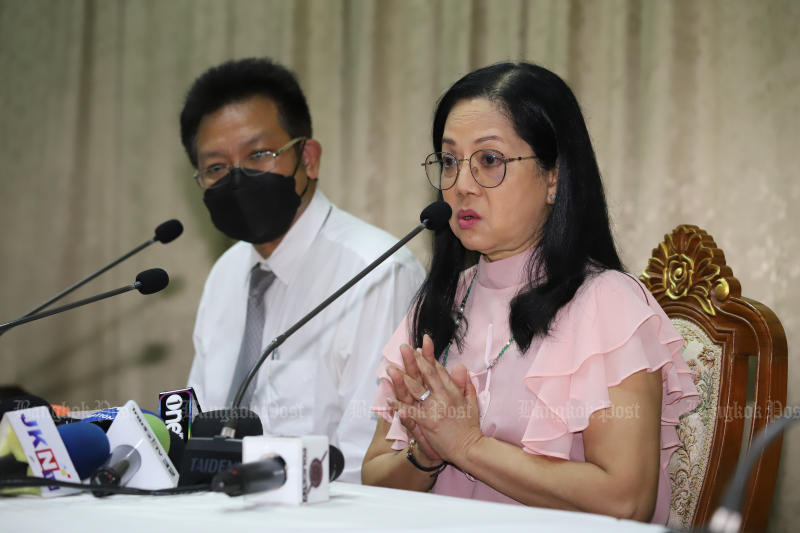 "When (Tangmo) was hit by a propeller, she would have cried out. Water would have filled her lungs and she would have drowned immediately. The big gash in her thigh would have prevented her from moving her leg so she could not swim," Pol Lt Gen Jirapat said.

He also said everyone aboard the boat was drunk, and someone told the five people who remained on the boat to delay meeting police to avoid being prosecuted for driving under the influence of alcohol. They were advised to tell police they had drunk only a little, Pol Lt Gen Jirapat said. 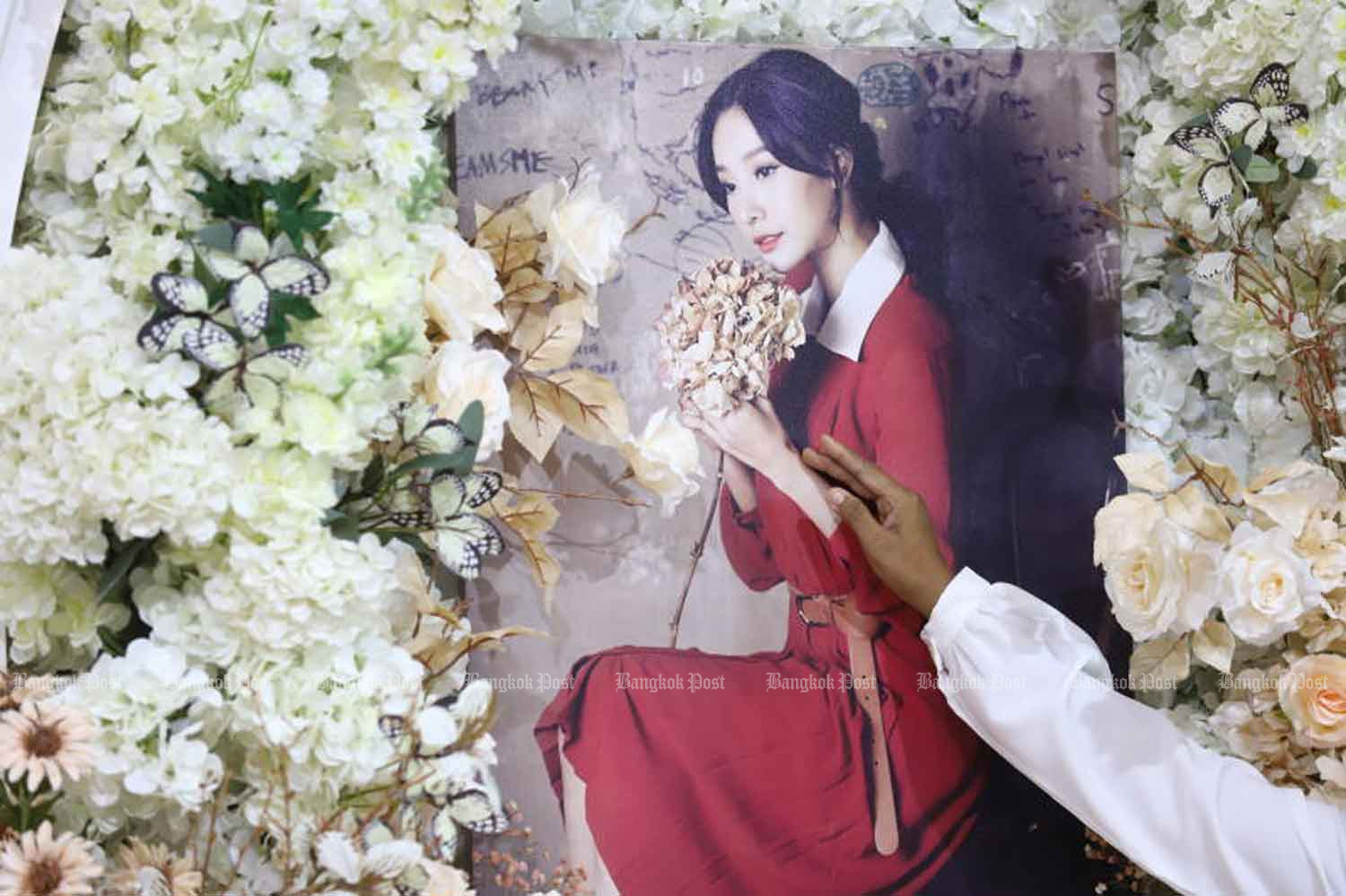 A portrait of late actress Nida "Tangmo" Patcharaveerapong is seen at her funeral ceremony at Bangkok Liberty Church on March 11. (Photo: Nutthawat Wicheanbut)